Beginning with the anti-war movement in the early 70s, Langelle’s photographs documented social 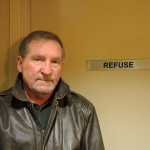 movements spaninng six continents and four and an a half decades.

He approaches his role as concerned photographer by not merely documenting the struggle for social and ecological justice, but by being an active part of it. This has enabled him to garner the trust of many of the subjects he has documented, allowing him access that would not have been possible otherwise. In this way, he has been able to expose the truth that is so often hidden by the powers of injustice.

Langelle’s work has been published in numerous books, magazines and newspapers. His photographs have been exhibited in many cites in the US, and also Copenhagen, Denmark and Amsterdam, The Netherlands in Europe.

Langelle has photographed protests at the WTO, World Bank, and from 2004 to 2011 he covered meetings on the inside and protests on the outside of the UN Framework Convention on Climate Climate Change.

Langelle’s work is an historical look at social movements, struggle and everyday life.  It is designed to counter the societal amnesia from which we collectively suffer—especially with regard to the history of social and ecological struggles. This is not merely a chronicling of history, but a call out to inspire new generations to participate in the making of a new history.

His photographic biography can be found here and his biography as an activist here.

Carolyn Lansom is the new Operations and Support Assistant for Global Justice Ecology Project (GJEP) and Gallery Manager for the ¡Buen Vivir! Gallery for 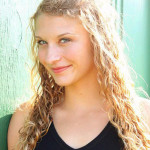 Contemporary Art. Prior to her position here, Lansom spent three years as the Administrative Assistant for the Outdoor Recreation Center on the US Naval Base in Yokosuka, Japan and one and a half years in the finance industry at Seneca Mortgage Servicing.

While at the Outdoor Recreation Center in Japan she gained experience in event programming, where she utilized her Level 2 AASI snowboard instructor certification to redesign their ski/snowboard school program, and became an assistant guide on several of the 15-plus outdoor adventure trips. She earned several certifications while in Japan including her Wilderness First Aid, Open Water Lifeguard, CPR and AED & Base Managed Rock climbing.

Lansom is a Niagara University graduate and obtained a BFA in Theater Performance, a BA in English and a minor in Fine Art. She has also traveled to several countries including: Nepal, Thailand, Hong Kong,  Singapore, Japan and Ecuador. 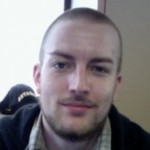 Contemporary Art, The Campaign to STOP GE Trees and Langelle Photography. Previously, Doyle was content publisher with Synacor, managing editor at the Salamanca Press and a reporter with the Olean Times Herald.

Doyle has volunteered on a number of community building projects with the Cuba (NY) Friends of Architecture and he is the web administrator for the Cuba Palmer Opera House. His writing credits include eHow.com, JillianMichaels.com, Livestrong.com, Artvoice.com and DailyPublic.com. Doyle is a 2005 graduate of Buffalo State College.