The following was published 19 October 2012 in Climate Connections:

Note: The photos in the upper right and lower left of this poster were taken in the indigenous village Amador Hernandez on the border of the Montes Azules Biosphere Reserve by Global Justice Ecology Project Board Chair Orin Langelle during an investigative trip to Chiapas, Mexico with GJEP’s then-Communications Director Jeff Conant.  The trip was organized in March 2011 to identify and expose the impacts on the indigenous communities in the Lacandon Jungle of Chiapas, Mexico that would be caused by the California-Chiapas-Acre (Brazil) REDD agreement, which was announced at the Cancun climate talks in December 2010.  The series of events this week in California against REDD (also see previous blog post)  feature Orin’s photography as well as GJEP’s film “A Darker Shade of Green: REDD Alert and the Future of Forests.”  For more, go to no-redd.com 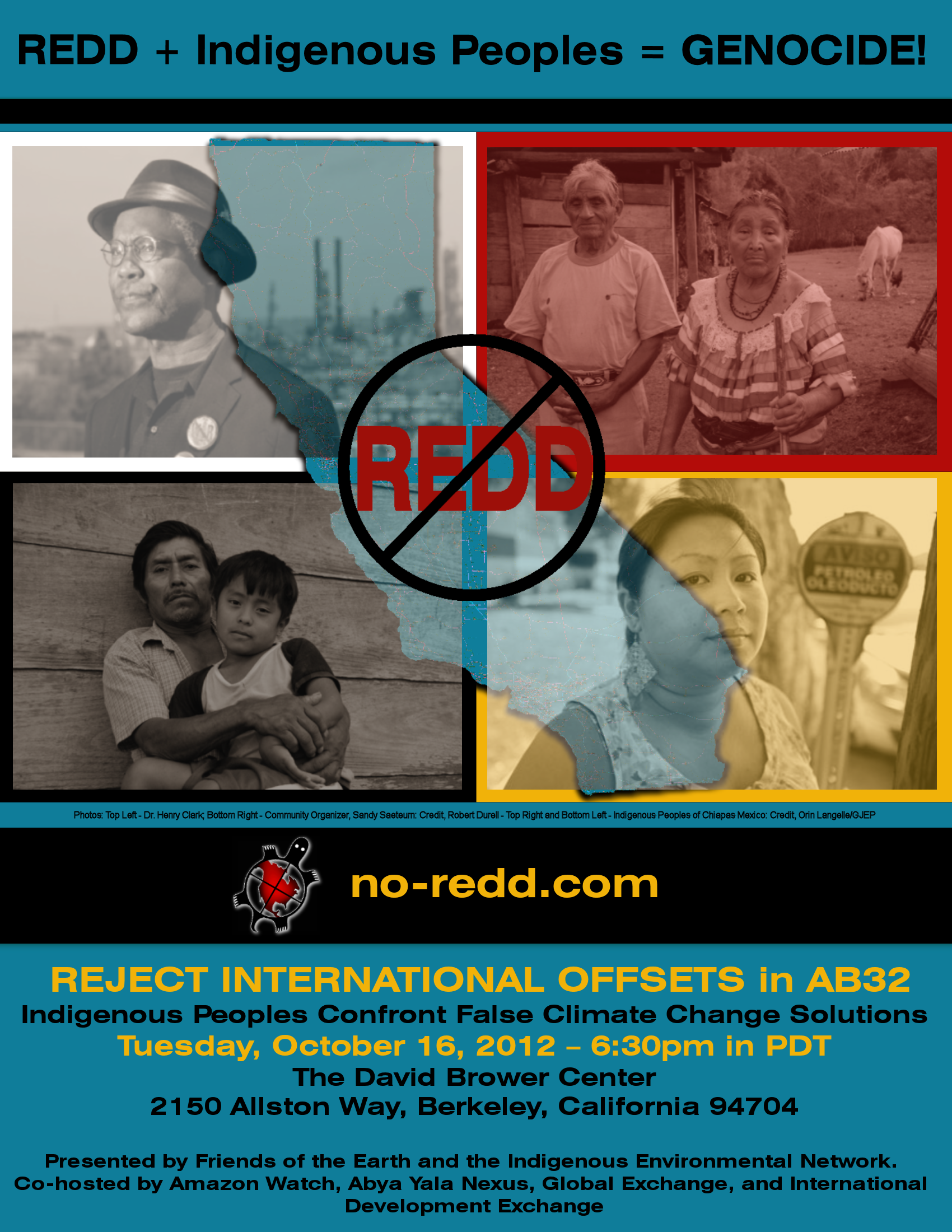