Below John’s photograph and caption is an email I received from Global Justice Ecology Project board member and a long time personal friend, Karen Pickett. I think Karen expresses beautifully what many of us will remember for quite some time: R.I.P. John Trudell. 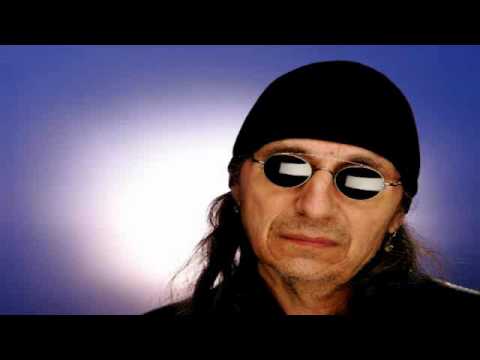 Trudell (Santee Sioux) was a spokesperson for the Indians of All Tribes occupation of Alcatraz Island from 1969 to 1971 and served as Chairman of the American Indian Movement (AIM) from 1973 to 1979. In 1982, Trudell began recording his spoken word poetry with music. An example of his spoken word poetry is in Mike Mease’s video “Buffalo Wild,” below.

We have lost one who was wise beyond his human form.  A shining light when he talked, or recited his poetry, getting the brain synapses whizzing around, evoking tears, laughter, pens scribbling in a scrap of paper so you could come back to it and think about that one later…these ideas about energy, power, coherence.  I really latched on to his breaking down of power and what it really is when you’re a human being.

He was only 69.
On this same day 35 years ago, we lost John Lennon.
The sky is dark tonight—no moon

How did he shine after all he had been through? Subject to the FBI’s COINTELPRO tactics, and all the rest a radical thinker and activist bucking the system might be subject to. He came to Berkeley years ago, a year or 2 before the Judi Bari vs FBI trial and we had a ranging conversation about strategy, response, carrying on. It was very valuable for me…he was someone who was not only attacked himself, but lost his partner and children in a fire of questionable cause while he was in Washington DC burning the American flag.

In recent years, I was fortunate enough to see John and interact with him when he joined the Buffalo Field Campaign for their Bay Area road shows, which I was always involved with.  A little more than a year ago, he wrote a poem—Buffalo Wild—that is now in a video produced by Mike Mease, co-founder of BFC with the poem put to music by Goodshield and Mignon, who also tour with BFC. I include this link from You Tube:

As I write, I am listening to John’s CD released this year: Wazi’s Dream.
In “Earthling”, he not only says
“I am no more important nor less important in spiritbeing than any other of the species…”

Perhaps that’s where he’s gone, into the beyond, beyond beyond.
Blessed travels, John.