Ecological perspectives for Science and and Society 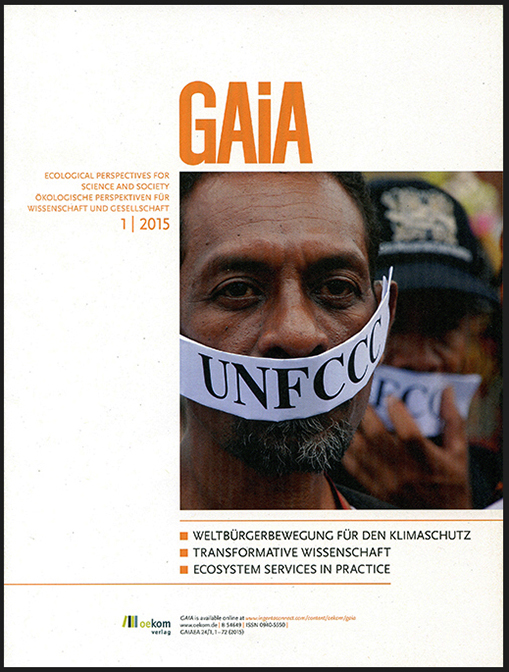 The photograph was used by the European journal GAiA for the cover of their first 2015 publication.

GAiA describes itself as an inter- and transdisciplinary journal for other interested parties concerned with the causes and analyses of environmental and sustainability problems and their solutions.

For more information on this 2015 GAiA issue and how to purchase it, please find it here.

I took this photograph in Bali, Indonesia in 2007 of an Indigenous man with his mouth covered by a UNFCCC (United Nations Framework Convention on Climate Change) gag during an Indigenous Peoples’ protest at the climate conference.

Indigenous peoples were protesting their exclusion from the official negotiations even though it is their lands that are being sought to provide resources and carbon offsets to allow companies to pursue business as usual in the face of mounting climate disasters. – Orin Langelle