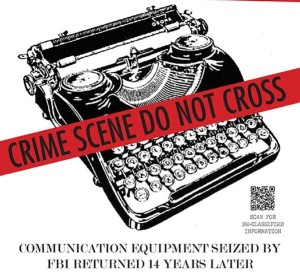 Below is an edited excerpt from the Gallery statement about the exhibit:

At the ¡Buen Vivir! Gallery, the exhibits we choose illustrate and demonstrate the intersection of the realms of art and politics regarding the times in which we live.

Sometimes art should creatively communicate the reality hidden behind the propaganda we encounter in or our daily lives, where most communication is designed to sell something you probably do not need or that makes you feel good about yourself–from McMansions to reality shows, to drugs and/or belief systems with  no mental challenge.

In this exhibit, we demonstrate how art and Free Speech are intrinsically tied together. Fourteen years ago the FBI raided the Earth Liberation Front’s Press Office in Oregon and confiscated their communications equipment. The equipment seized by the FBI, along with related photography, news clips and Federal Agency documents are now on display online in Free Speech – Earth Liberation Front Press Office April 5, 2001: Communications Equipment Seized by FBI Released 14 Years Later (Returned Objects: A Multimedia Art Installation)

A group of artists and activists worked almost a month to turn a pile of obsolete office equipment seized from Burning Books co-owner Leslie James Pickering during the 2001 FBI raid into an installation highlighting free speech, art and state repression.

It is ludicrous and absurd that the FBI held these objects for fourteen years. If there were any incriminating evidence, it would likely have been found very quickly. The seizure of the equipment, and its confiscation for fourteen years, was intended to squash free speech.

This exhibit is about art, the repression and liberation of free speech and maybe a subliminal or not so subliminal message: In a world where we see more and more potentially apocalyptic scenes, especially with increasingly common climate catastrophes, is “civilization” and the dominant economic system pushing the inhabitants on Earth to the brink? 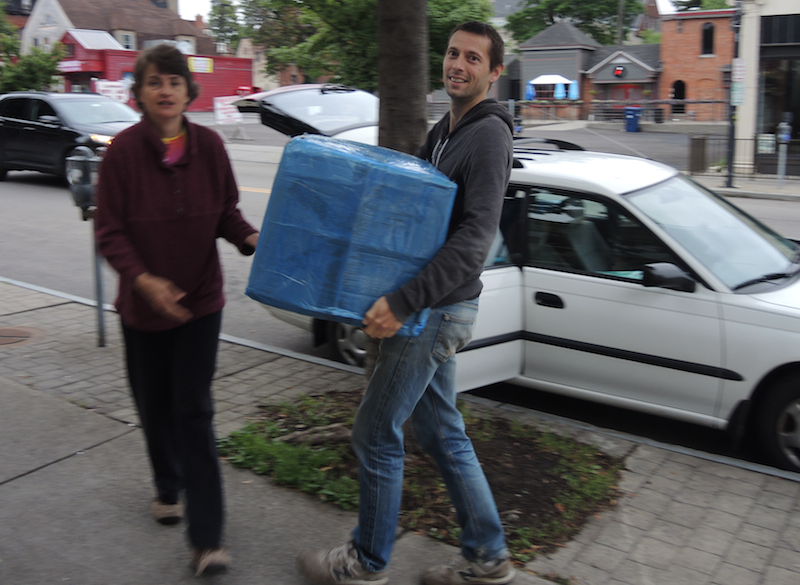