Most everyone who reads this probably knows the name of Harvard professor, Timothy Leary – and the LSD psychedelic culture he helped inspire. Richard Alpert (Ram Dass), was the other Harvard professor who worked with Leary starting in the early 1960’s until they both were fired for their experiments.

The work they did, and the publicizing of it, was a key factor in the transformative individual and societal changes that swept through the 60s and 70s.

Ram Dass’s journey is less known but quite important to understand one of the directions manifested by consciousness expansion.

I usually don’t promote Kickstarter proposals, but this short film by Derek Peck is a most worthy endeavor. I first became of Derek’s work when he allowed the ¡Buen Virir! Gallery to show his short film PETER BEARD: A Wild Life (found on to the Derek Peck Studio Film Page) during The End of the Game – The Last Word from Paradise, Revisited.

Please join me by supporting this project – we can’t afford to lose this history. -Orin Langelle

A Short Film about Being – Here, Now, and Forever

“We are all just walking each other home”

A profound encounter with the legendary counter-cultural hero and spiritual teacher, at his home on Maui

Ram Dass is one of the last great counter-cultural figures from the Sixties and Seventies and one of the most important spiritual teachers of the last fifty years. If you’ve read, or even glanced through Be Here Now, you have almost certainly been touched by his work. But that seminal book was only the beginning of a journey dedicated to helping others along their personal paths, always with a focus on expanding awareness, expanding love, and living in the present moment.

In fact, Ram Dass’ journey along this path began even earlier, with the work he and Timothy Leary did at Harvard in the mid 1960s. Together, they famously experimented with LSD as a consciousness-expanding drug, both personally and in laboratory studies. The work they did, and the publicizing of it, was a key factor in the transformative individual and societal changes that swept through those decades. Unlike Leary however, Ram Dass, or Dr. Richard Alpert as he was known at the time, went off to India on an extended journey in search of more enduring ways to expand consciousness. There he met a guru who changed the dimensions of his search, and his life, altering his pursuit of consciousness expansion from a psychedelic path to the yogic path, and shifting his awareness from the material and the ego to the spiritual and the Self. 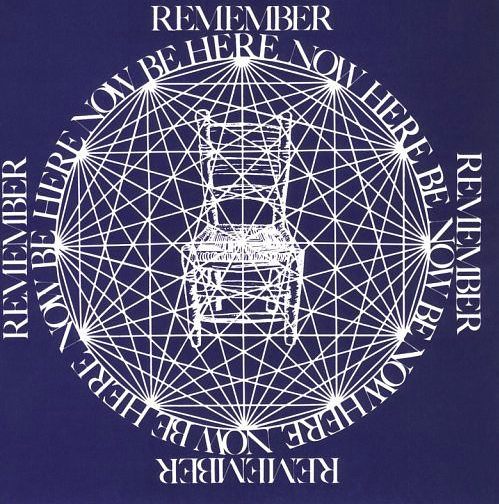