Triumph and Tragedy: movements for change around the world

Photographer and activist Anne Petermann hosted a walk-through of her photographs at the closing event for her photo exhibit Triumph and Tragedy: Movements for Change Around the World at the ¡Buen Vivir! Gallery in Allentown.

Petermann, the Executive Director for Global Justice Ecology Project, discussed the photographs and the campaigns and issues represented by them.

Photographs in the exhibit document struggles Petermann and GJEP were directly involved in or supported. These include community efforts to reclaim land and food sovereignty in Brazil, Puerto Rico, Kenya, and Indonesia. They also include domestic efforts against the World Bank, the Republican National Convention in 2004; and a massive march in support of women’s rights.

Wine and hors d’oeuvres were served

Free and Open to the Public 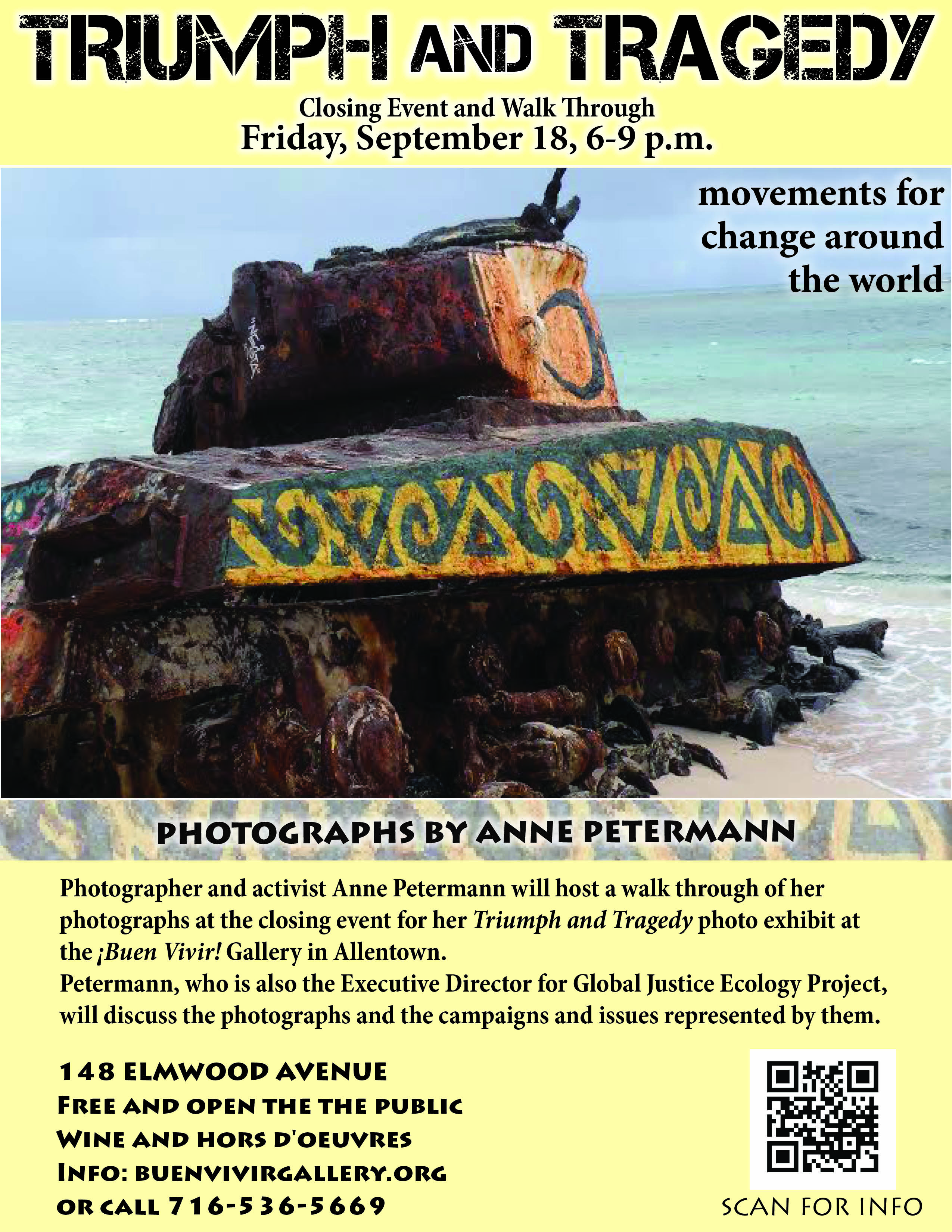 This exhibit marks the grand re-opening of the ¡Buen Vivir! Gallery in its new ground level storefront space in the same building as the previous gallery at 148 Elmwood Avenue in Allentown in Buffalo, NY. 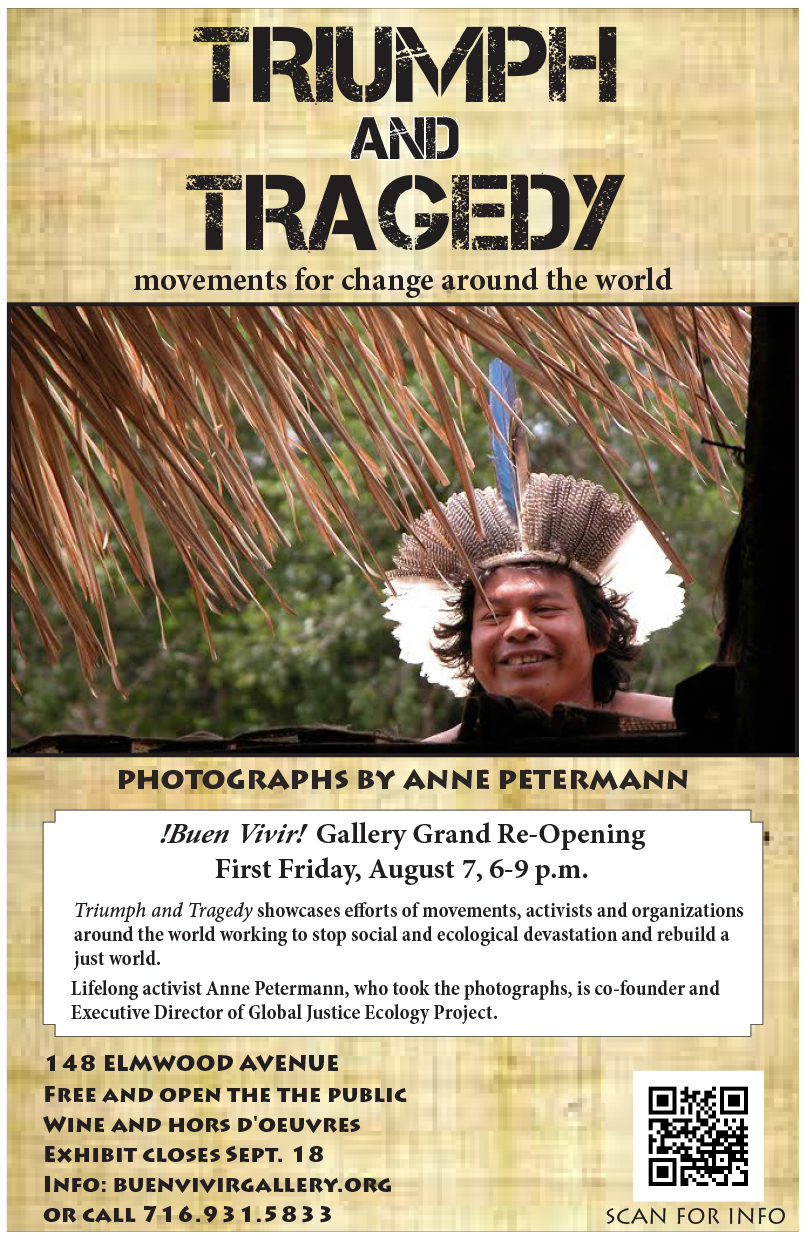