I do want to highlight a few things about this issue: it has nothing written about the plague unless we consider capitalism a plague. But it is the first issue of Fifth Estate published during the reality of COVID-19; hence the PLAGUE ISSUE. 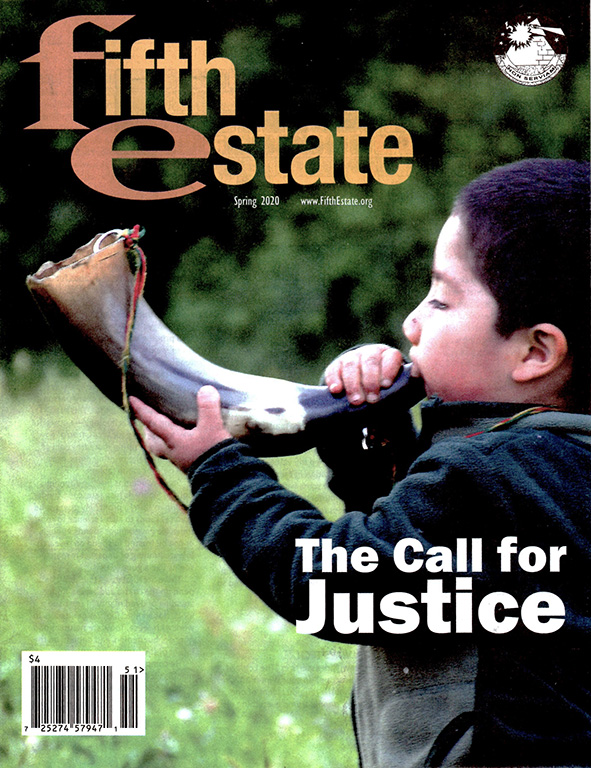 I shot this cover photograph of a young Mapuche boy in the community of Quilape Lopez, Chile, which is re-occupying stolen ancestral lands. Elders say the young are the future of the Mapuche, as is the land.

I had the honor of being invited to visit and photograph that community along with another Mapuche re-occupation in Liempi Colipi.

From the frontlines of Mapuche territory, I had the privilege of photographing the Primera Linea (frontlines) in Temuco, as well as in Santiago. More info on our work there last year at the end of this post.

I am re-posting part of an excellent article by Jesús Sepúlveda, They Gave their Eyes for Chile to Wake Up. And I have a photograph in that article (below).

They Gave their Eyes for Chile to Wake Up

When democracy returned in 1990, the neoliberal model continued, producing an enlarged economy with a super-rich elite, extreme social inequalities and class segregation while devastating the environment. For thirty years, most Chileans suffered the effects of this social-economic system.

But popular resignation dissolved on October 18, 2019 when an insurrection broke out that is still ongoing. It began in the capital city of Santiago and rapidly spread to more than twenty cities and small towns. That day a large number of demonstrators rioted in response to police brutality against high school students.

A week earlier students had organized a massive fare evasion on the Santiago Metro to protest a fare price increase. They sparked public sympathy and raised political awareness. The four-cent hike on the Metro was the final straw that caused a social uprising. Since then, a revolution has unfolded, undermining the legitimacy of the state and its institutions while empowering ordinary people. 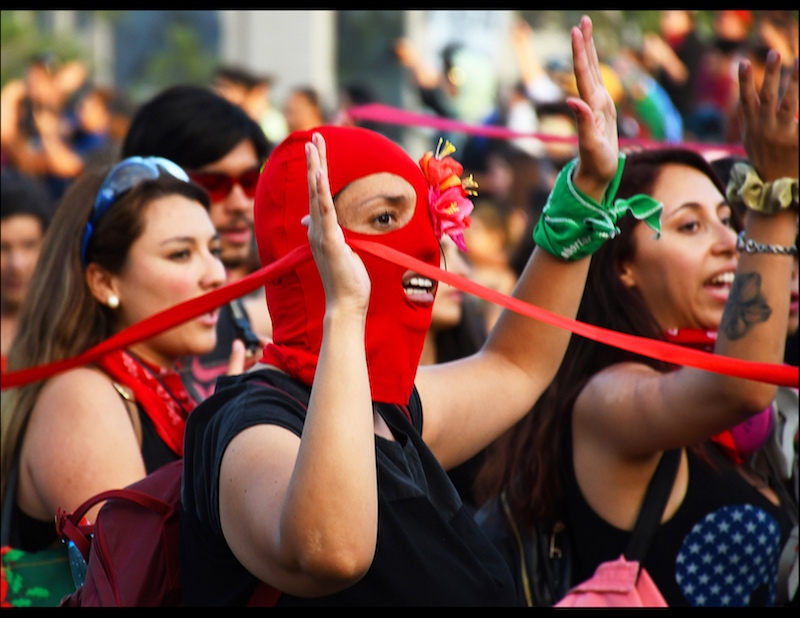 Women have a lead role in the protests. The Red Masks in Resistance movement created ¡El Violador en Tu Camino! (The Rapist in Your Path), an anthem protesting violence against women that is performed all over the world. Photo: Orin Langelle – photolangelle.org. Langelle is an activist and award-winning documentary photographer whose work spans five decades on five continents. He is the Strategic Communications Director for Global Justice Ecology Project.

This isn’t an armed revolution that aims to control the state, but instead seeks to eradicate all forms of repression and replace the state’s role as facilitator of corporate goals with robust and well-funded social programs.

New and fresh, this revolution is based on a massive movement that doesn’t demand changes in representation. Rather, it allows people to move forward toward autonomy and cooperation.

Primera Linea (PL) is a group of thousands of activists, men and women, forming the frontline of the protests in Santiago and other Chilean cities. They enjoy great support for their forms of direct action.

They coordinate horizontally through social media, bring shields to repel police projectiles, destabilize police drone sensors with laser pens, and share a solution of baking soda and water to alleviate the effects of teargas. Wearing helmets, goggles, gas masks, gloves and other protective gear, they are the human shields that protect demonstrators.

PL members break up concrete with hammers and carry the pieces in wheelbarrows to wherever there are confrontations with the police. They also confront people who engage in pointless vandalism, such as the burning of Violeta Parra’s Museum, which is dedicated to a celebrated folksinger and poet, or the destruction of community-centered buildings. They also prepare food to share among demonstrators.

PL members break up concrete with hammers and carry the pieces in wheelbarrows to wherever there are confrontations with the police. They also confront people who engage in pointless vandalism, such as the burning of Violeta Parra’s Museum, which is dedicated to a celebrated folksinger and poet, or the destruction of community-centered buildings. They also prepare food to share among demonstrators.

This collective experience is bringing people together and changing society radically by replacing the notion of the individual as a self-centered consumer with a sense of community and collaboration.

Also in this issue is a book review by long time friend and comrade David Rovics Luigi Galleani – The Most Dangerous Anarchist in America.

I want to thank the current and past Fifth Estate collectives for their dedication in making the magazine the nation’s oldest and still thriving underground newspaper. It is now 55 years old.

The Fifth Estate, founded in 1965, is an anarchist, anti-capitalist, anti-authoritarian, and anti-profit project published cooperatively by a volunteer collective of friends and comrades. We are committed to non-dogmatic, action-oriented writing and activity to bring about a new world.

We are a decentralized collective of individuals from across North America. We come from a diverse array of backgrounds and personal experiences, but share a common passion: to see anarchist ideas and messages brought to print and shared with people the world over.

Although the editorial collective makes all decisions involving the content we print, the Fifth Estate would not exist without the time and talent of dozens of people who contribute to the writing, editing, proofreading, art, graphic design, distribution, and day-to-day business of keeping this project going issue after issue. – Fifth Estate

More information on the documentary trip in Chile:

In Chile our team consisted of Alejandra Parra (RADA) from Chile, Gary Hughes (Biofuelwatch) along with Anne Petermann and myself (Global Justice Ecology Project). 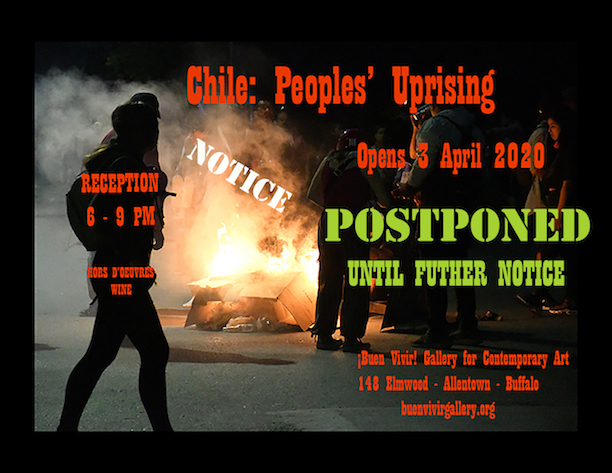 The exhibit by Anne Petermann and me based on this trip, Chile: Peoples Uprising, was scheduled to open 3 April of this year at the ¡Buen Vivir! Gallery  for Contemporary Art in Buffalo, NY. Due to the current public health emergency, the ¡Buen Vivir! Gallery for Contemporary Art postponed the event until it is safe to reopen. The opening reception for our new exhibit, Chile: Peoples’ Uprising, will be rescheduled. We will be sure to inform you of the new date for the exhibit opening when we make that determination.