The mud people were pissed off. Tipped off by Big River Earth First! that the evil Monsanto had taken over Earth Day festivities in St. Louis MO, mud people crawled out of the Earth to take back Earth Day.

To the delight and fright of children and their parents, the mud people made fun of the corporate sponsors of the event. It was a spectacle even the Yippies! from long ago would have approved of. 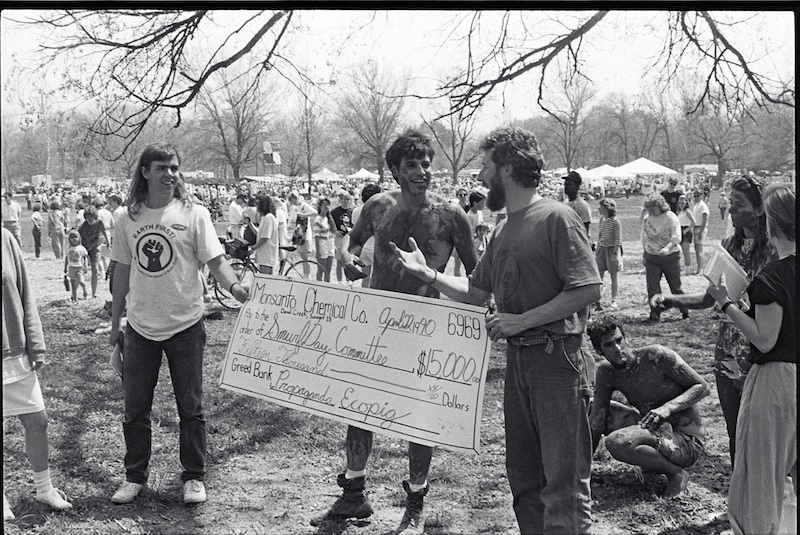 Earth First! and “Mud People” present a check to the 1990 Earth Day (Smurf Day) Committee in St. Louis, Missouri. Monsanto was the main sponsor of the event. Photo: Langelle/GJEP

The action was the feature evening news story on a major television network affiliate in St. Louis with a reporter attempting to interview a mud person. An Earth First! “translator” fielded the reporter’s questions in English and then translated to the mud person in mud language; the mud person responded in mud language and then the Earth First! translator gave the answer to the reporter. 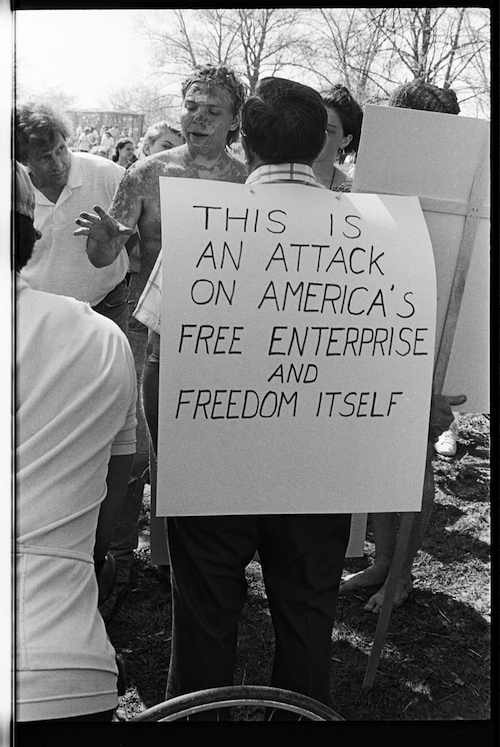 Mud person protester explains to counter protest about the free enterprise system and what freedom really is. Photo: Langelle/GJEP

After their successful action, the mud people slithered back into the Earth. But not before one mud person threw a rotten egg at the Monsanto stage. There were no arrests.