Santiago, Chile – On the international day of human rights, protesters in Chile held a march commemorating the 350+ eyes lost to the violence of the Carabineros de Chile (national police) during the days of the Chile uprising. When the march arrived at the Plaza de la Dignidad, they were joined by many more protesters from across the city. 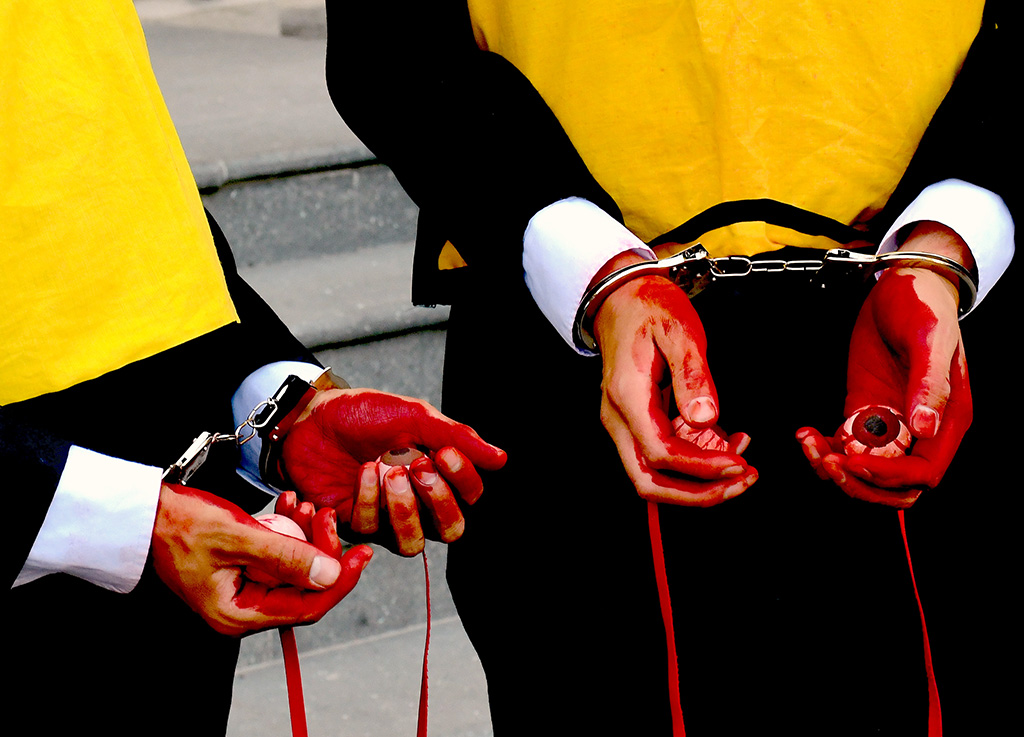 Depicting blood and eyeballs in the hands of the Chilean government

The Red Cross came and set up an aid station on the edge of the plaza. Not long after, the Carabineros arrived with their water cannons and gave the Red Cross extra special attention.

For the entire Photo Essay