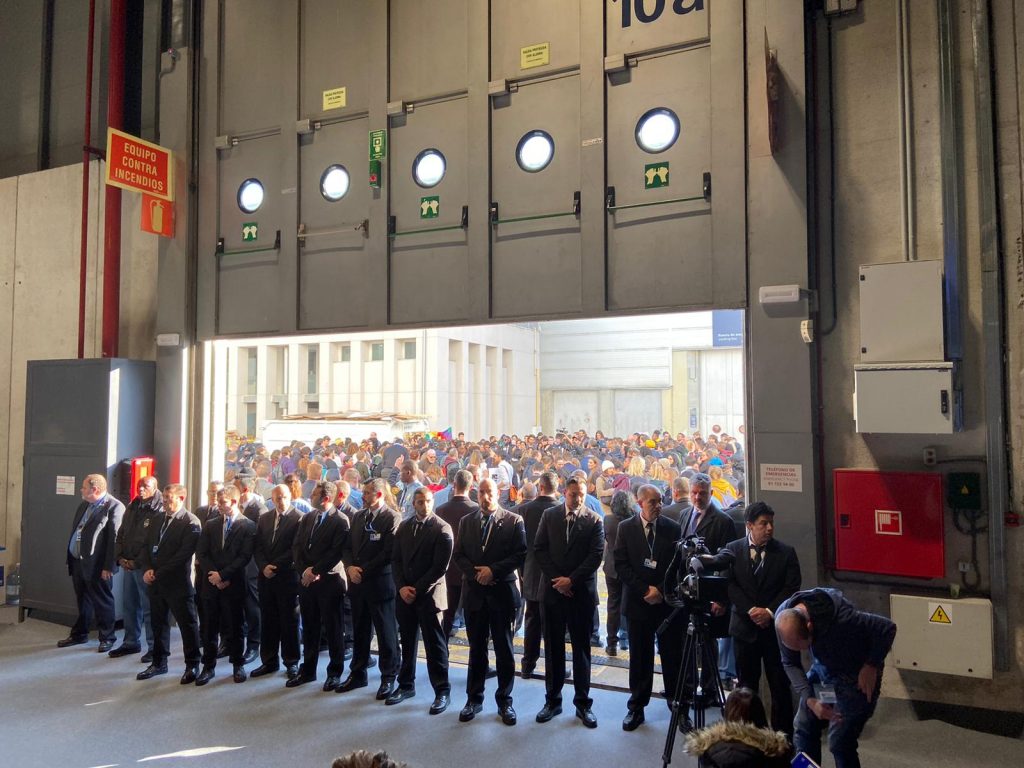 Two videos below by Liane Schalatek

Protests led by Indigenous leaders shut down the main hall of COP25 in Madrid on Wednesday. In an unprecedented event, about 500 people stormed the area outside the high-level negotiations decrying the lack of action by assembled governments to address the climate emergency…

CHILE CLIMATE NEWS received reports that many who were shut out yesterday thought they would lose their badges (credentials) but that did not happen and they are were allowed back in today.

One source told us, “there were assaults by UN security. People were really pissed off…about the whole process and the bullshit and the Secretariat was quite bad. Social media has been actively censored on what happened yesterday. The press was threatened to be debadged if they went outside to cover the protest. Corporate media obeyed.”

Additionally we were told the metro stations close to COP25 were closed at one point yesterday to prevent the counter summit from getting to the COP25 protest.

From Madrid by the Women & Gender Constituency:

Feminists joined Wednesday’s peaceful protest with indigenous peoples, youth, trade unions and other climate activists to call for more ambition in the current climate negations. The peaceful action calling for human rights and gender equality in climate negotiations turned violent by the police when they used excessive force to assault and shove women and gender rights activists, forcing them outside the COP 25 premises in freezing cold and barricading them by shutting the steel doors.

Civil society has faced constant backlash at the climate negotiations by closing down the space for our voices to be heard, acknowledged and considered during the policymaking process for Gender Action Plan and Article 6 of the Paris Agreement among other pressing issues. There is growing frustration among civil society on the fact that human rights and gender equality language is being traded off for resources by powerful countries. Women and gender groups continue to demand rich countries to step up and pay up for the historical responsibility for causing the climate crisis. We highlighted these issues at the peaceful protest yesterday.

We also want to highlight that women environmental rights defenders continue to be on the frontlines to save the planet, especially indigenous, black and those from the Global South and yet are harassed, threatened and persecuted by those in authority in their own countries and elsewhere. We need a strong human rights language in our text so that there are social, environmental and human rights safeguards in place.

Thanks to our colleague Coraina de la Plaza from Global Forest Coalition who is in Madrid at COP25 and also Dave Bleakney from the Canadian Union of Postal Workers for helping provide information.

In Chile where COP25 was cancelled due to the people’s rebellion 350+ people have lost their eyes due to being shot by rubber coated metal pellets fired by the Carabineros de Chile (national police) at people’s faces. Here is what we think the logo of COP25 should really look like: 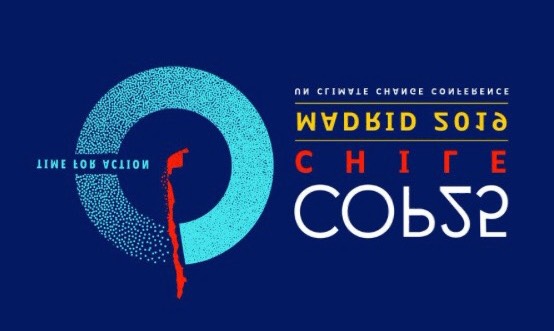