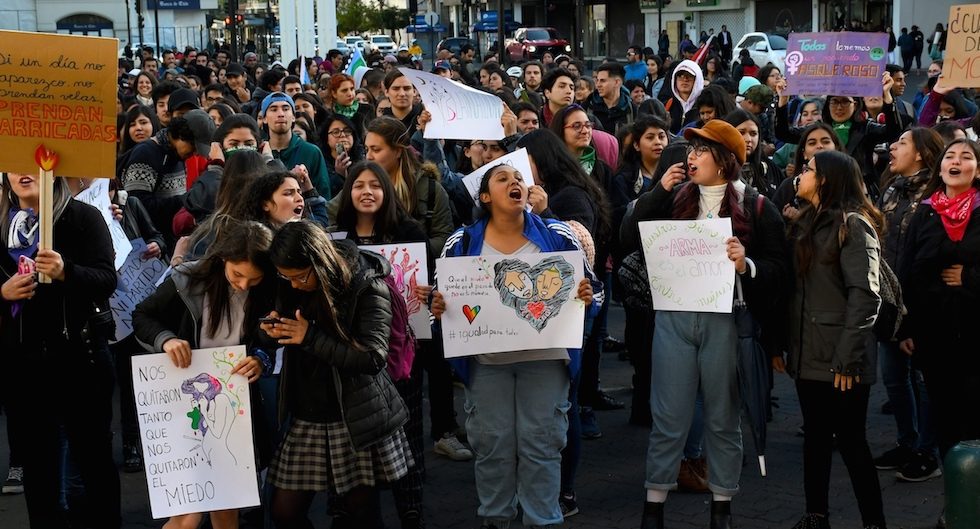 Women involved in the protests taking place across Chile have been targeted for sexual abuse and rape by the Chilean National Police (carabineros), leading to marches around the country demanding an end to violence against women. Photo: Langelle/photolangelle.org

The police detained more than 15,000 people and ill-treated some of them.

Of 442 criminal complaints filed by the National Human Rights Institute on behalf of victims of abuse, 341 refer to allegations of torture and inhumane treatment and 74 of sexual abuse. Many detainees allege they were brutally beaten by police. Another of the most common allegations was that police forced detainees, including children, to undress and squat fully naked in police stations, a practice banned by police protocols in March 2019 but that still occurs, including before the protests.

For the full piece, go to: https://www.hrw.org/news/2019/11/26/chile-police-reforms-needed-wake-protests