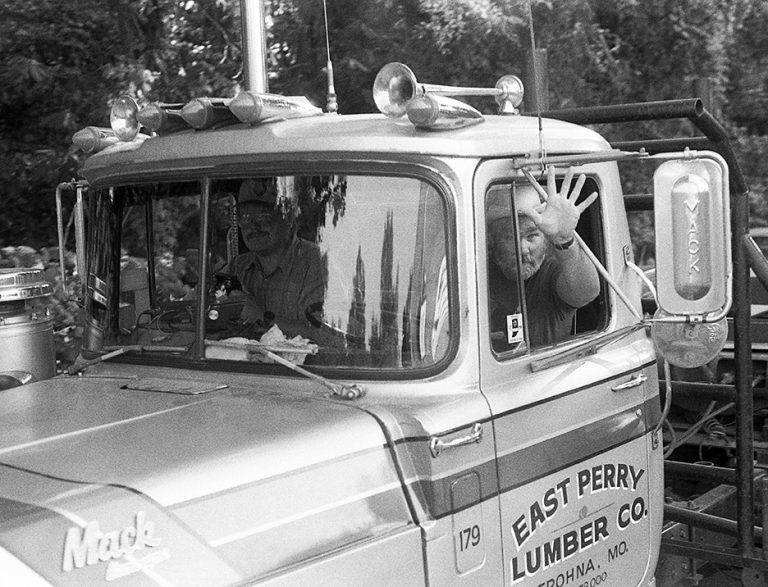 Driver of logging truck tries to persuade me not to take the photo. He failed.

Many of these photos will be in Cade Bursell’s upcoming film documentary on the Shawnee Forest. 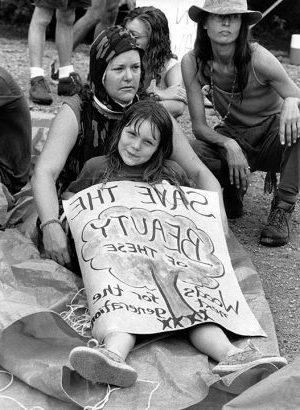 These photographs were taken primarily around the Fairview Timber Sale occupation in the Shawnee National Forest in the summer of 1990.

The timber sale area was occupied for 79 days – at that time, the longest forest occupation in modern U.S. history. The area slated to be cut was rich in biodiversity, a haven for songbirds and loved by the many locals who went there to watch the birds, camp or enjoy nature. The major daily newspaper in Springfield, IL, the state’s capital, called the occupation “a popular uprising.”

The occupation drew all ages. 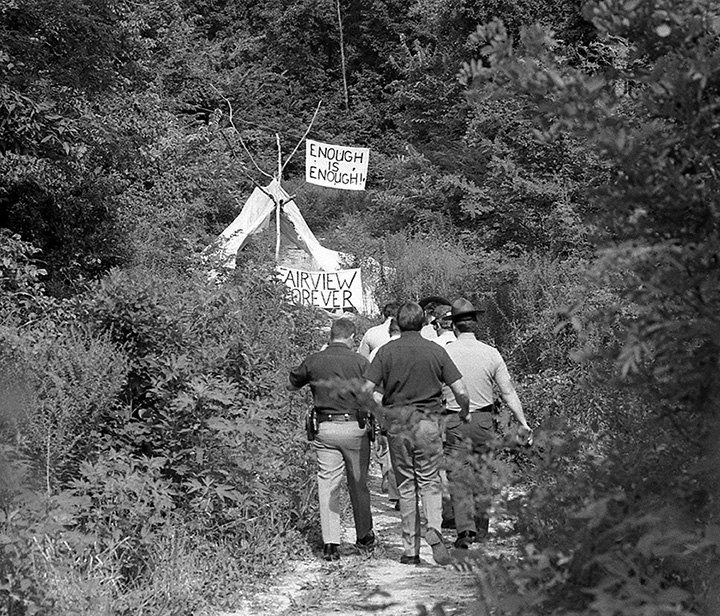 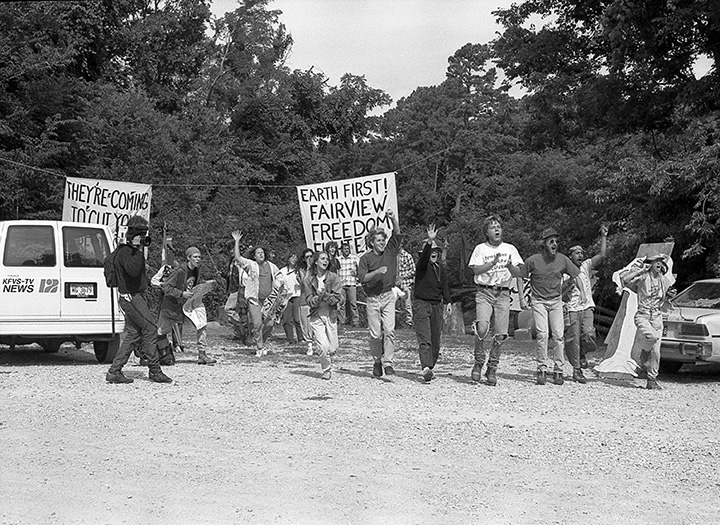 The occupiers chase the U.S. Forest Service away. 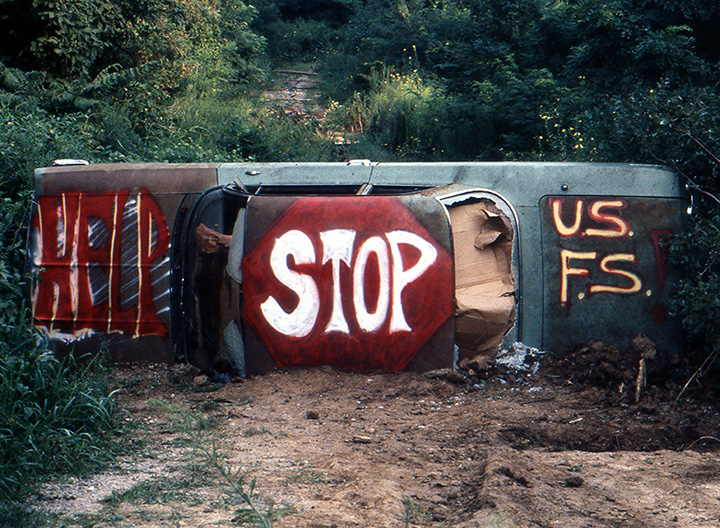 Chevrolet Biscayne, nicknamed  “The Biscuit” (above) was used as a blockade in the road leading into Fairview. 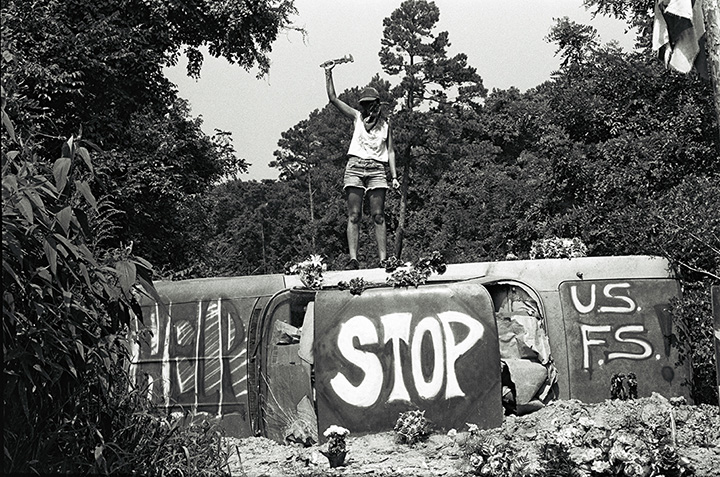 Woman with monkey wrench atop “The Biscuit.” This was a replica of a photo taken during the then-ongoing “Oka Crisis.” 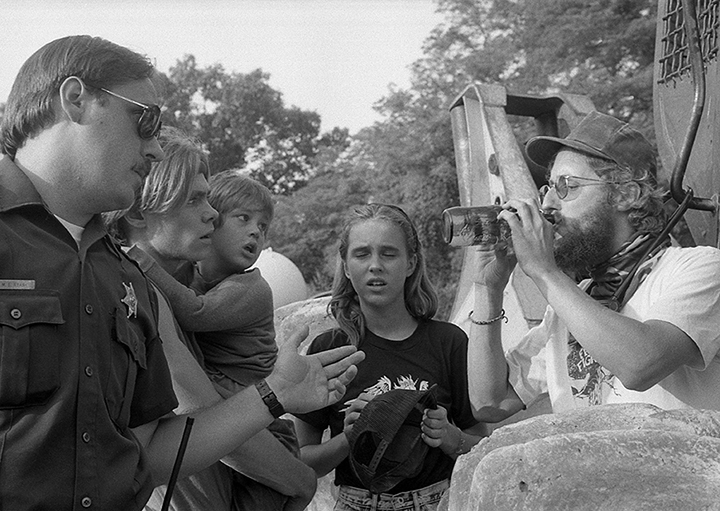 The U.S. Forest Service warns forest defender who locked his neck to a skidder. The warning did not work. 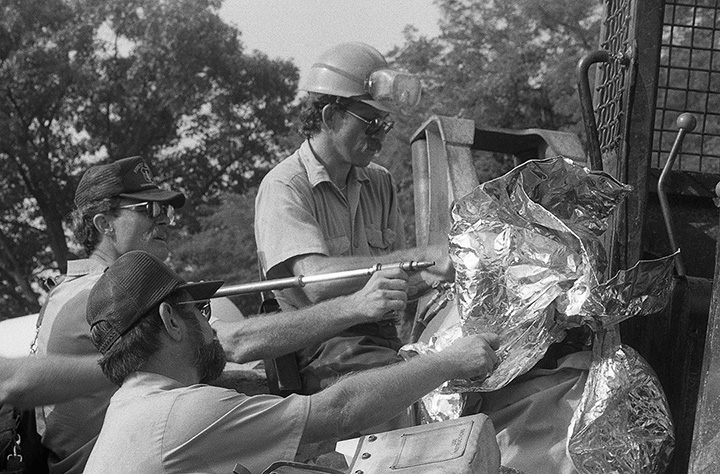 U.S. Forest Service uses a blowtorch to cut the kryptonite lock attaching a Shawnee defender (under the silver shield) to a piece of logging equipment.

The activist, who turned thirty years old that day and was wanted by the Forest Service for entering a closure area illegally, turned himself in by locking his neck to the logging skidder. The Forest Service responded by putting an aluminum shield around his head and cutting off the lock with an acetylene torch while he sang, “God Bless America.” he was then arrested and taken into custody. 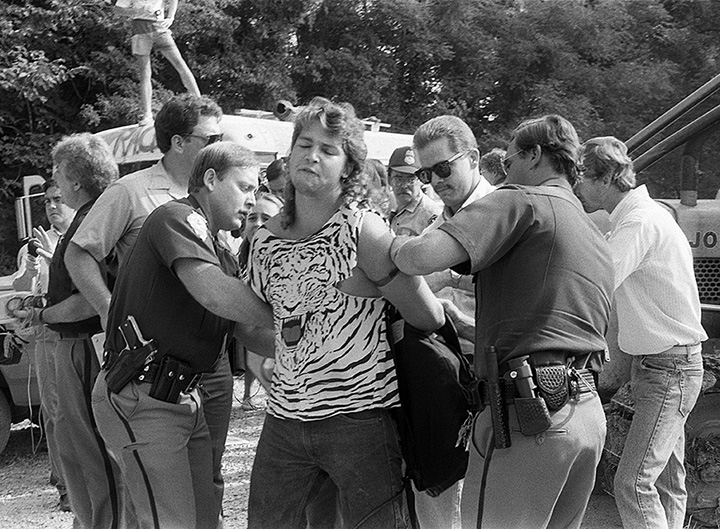 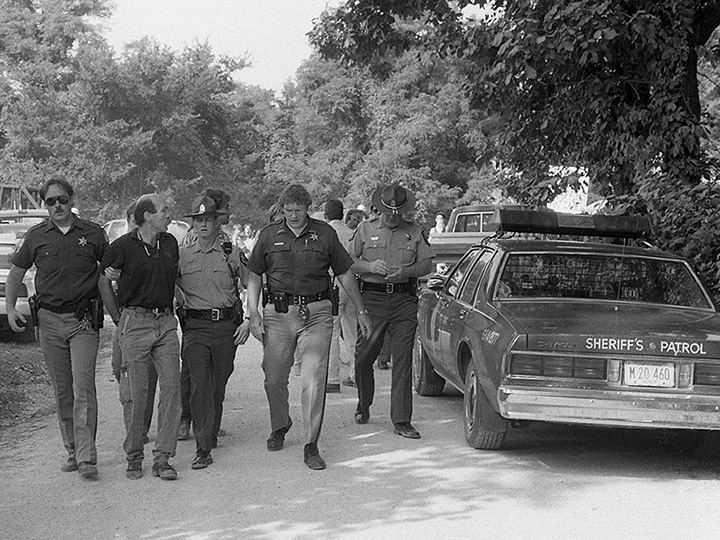 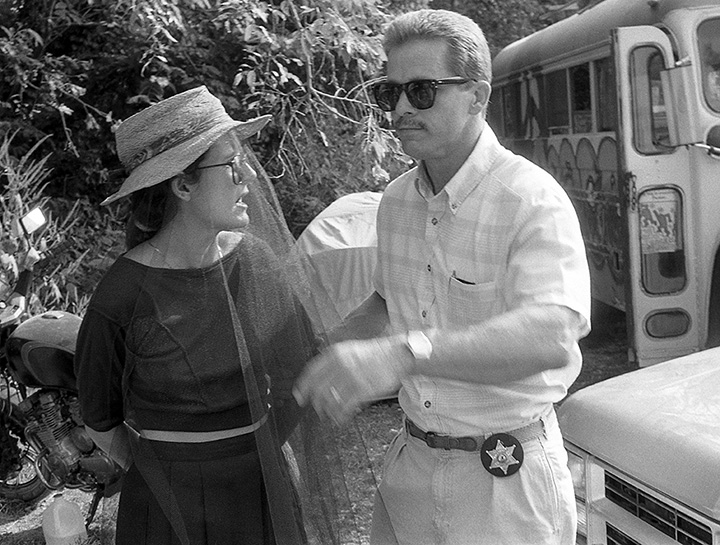 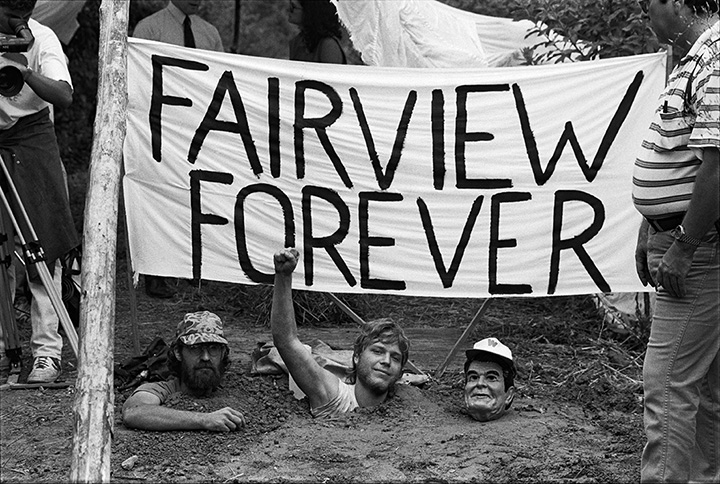 Earth First!ers (and Ronald Reagan) blockade the logging road of the Fairview Timber Sale area in the Shawnee National Forest in southern Illinois by burying themselves up to their necks in the road. 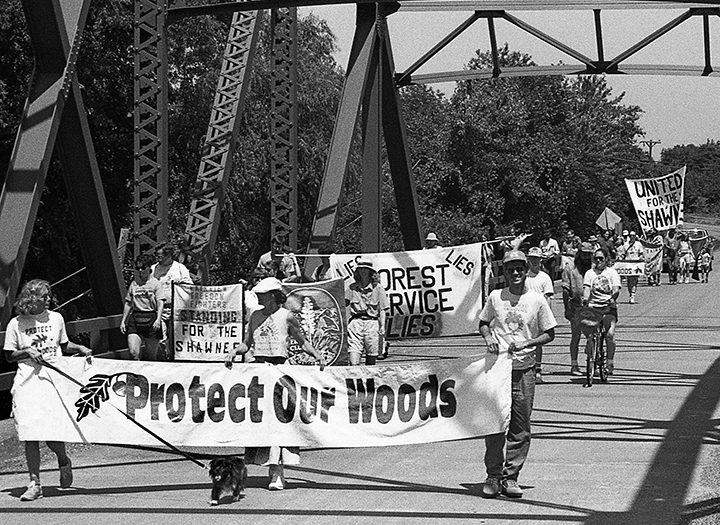 March for the Shawnee Forest overt the Big Muddy River.

From the Call to Action:

One Response to “Return to the Shawnee Forest”