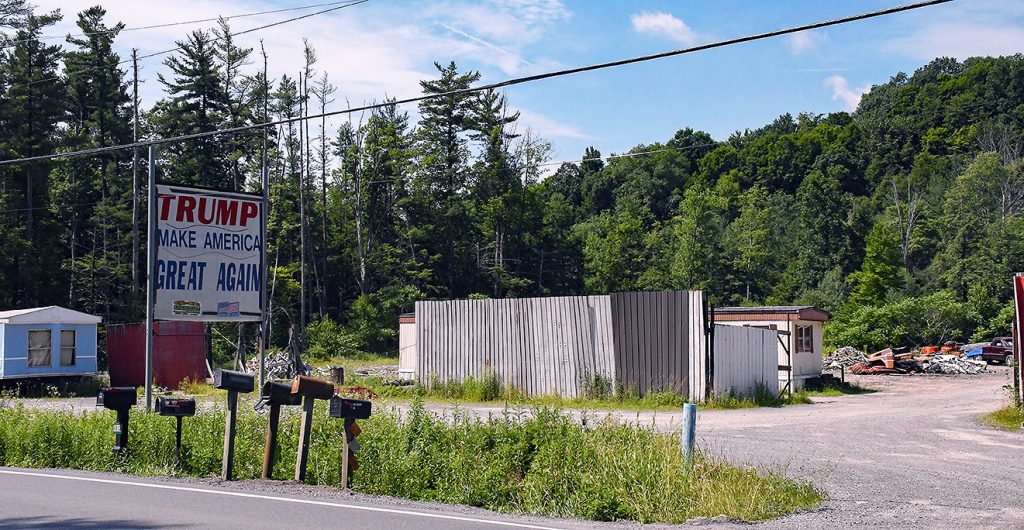 The Great Distractor is one disease of the system of Capitalism

Today is the 4th of July and U.S. tanks, jets and armed forces representing all branches of the military regime are in DC to show the utter absurdity of nationalism. As a parade and festivities honor the U.S. war machine, people and planet are suffering. And unfortunately, the people in the United States are not united to say, ¡No pasarán! BTW: It is time to change systems, both politically and economically as the Earth Burns.

About this photograph: On Saturday 29 June 2019 Anne Petermann, after observing and documenting the Tree Biotechnology Conference in Raleigh, VA, were driving back from Raleigh to Buffalo, NY, and I pulled over to photograph the above. I admit that I did not follow my rule of taking a photo when opportunity arises – I was fortunate this scene was still there. Last summer I drove past this in a hurry to document the opposition to the Atlantic Coast Pipeline in Nelson and Buckingham counties of Virginia. And I passed it on the way back exhausted from days in the field with intense heat. Not a valid excuse though. When we drove to Raleigh last month, I passed it again in a hurry as usual. Our trip back google directions said to take a faster route back to Buffalo, but I was determined to get this photo. Fortunately it was still there.

One Response to “Happy Independence Day (Photo of the Month)”