The following photos were taken during the #notwhite collective’s Opening Reception, Friday, April 5, 2019 for their Buffalo, NY Premier Exhibit In Between the Middle held at the ¡Buen Vivir! Gallery for Contemporary Art. The #notwhite collective is a group of thirteen women artists elevating the stories of the others. They are based in Pittsburgh, PA.

There is a resemblance of the U.S. flag in their exhibit which you will notice in several of the photos below as a backdrop. The title is Mom, you know we’re all just shades of brown by Fran Ledonio Flaherty.

The photos of the opening below are by Orin Langelle. 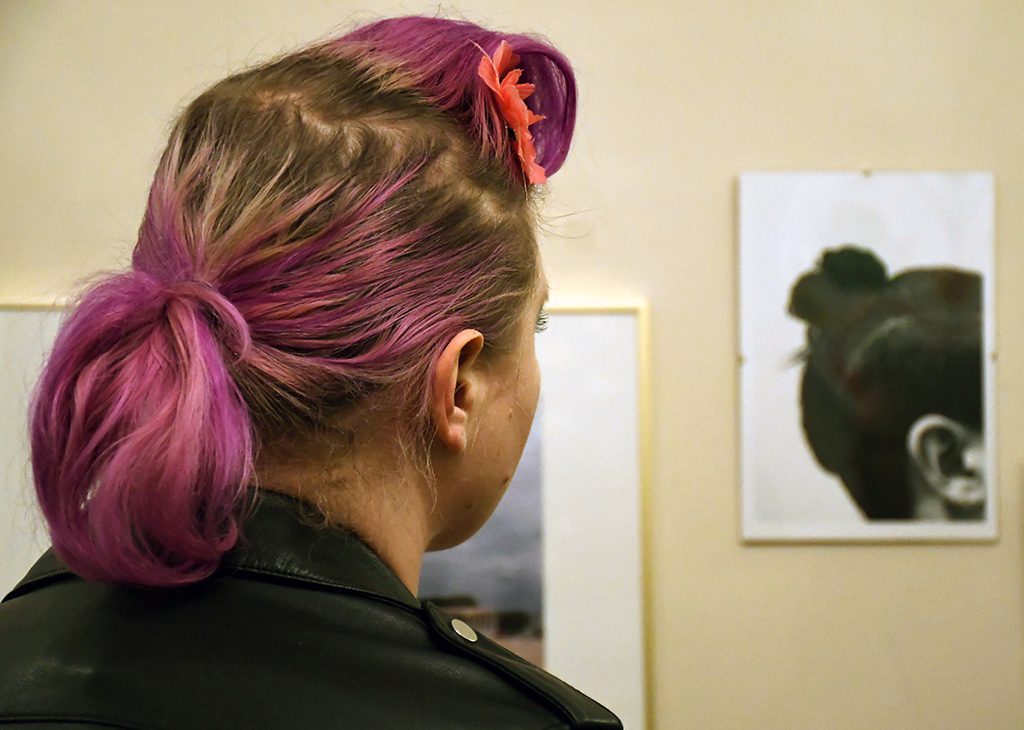 The name of the gallery, ¡Buen Vivir!, is a concept stemming from Indigenous and other cultures of the Southern Americas. ¡Buen vivir! means life in harmony between humans, communities, and the Earth – where work is not a job to make others wealthier, but for a livelihood that is sustaining, fulfilling, and in tune with the common good. 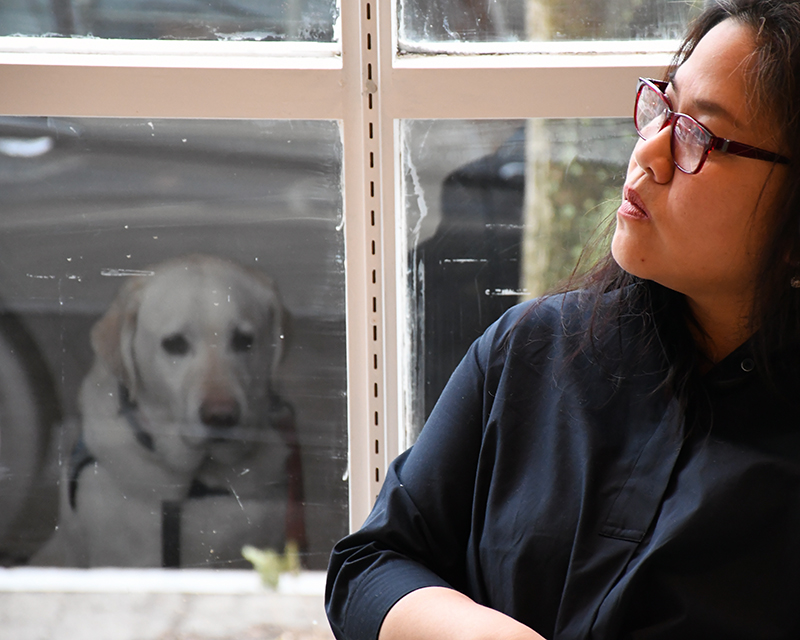 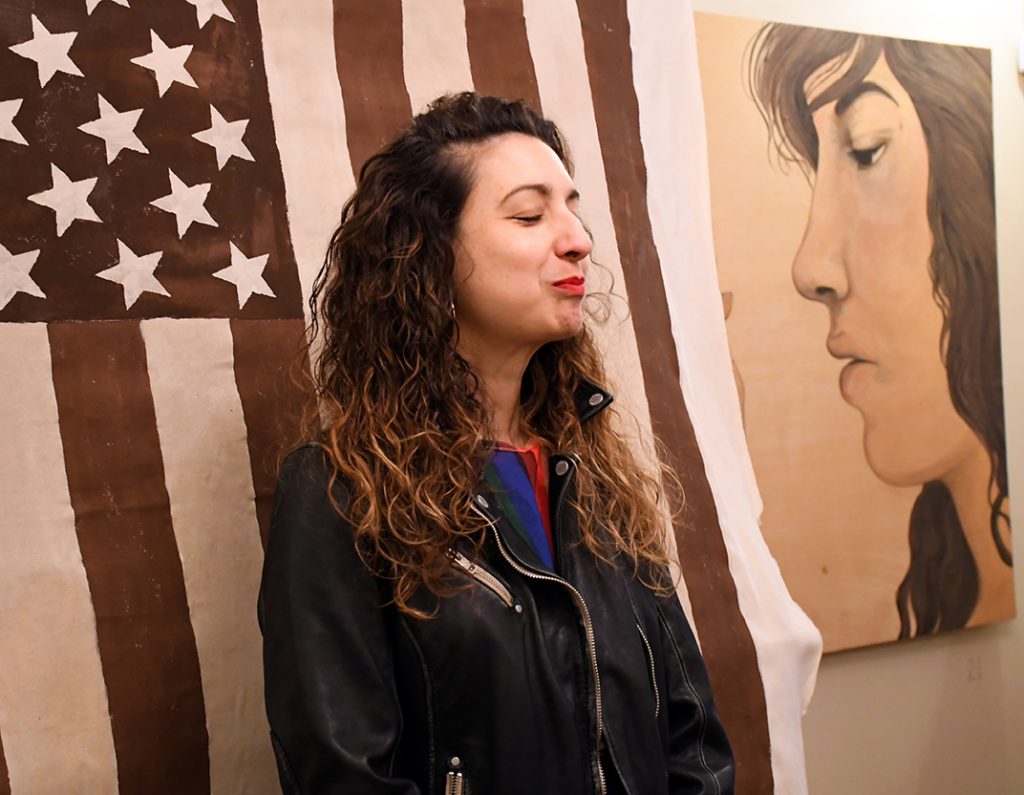 Alison Zapata, from the #notwhite collective 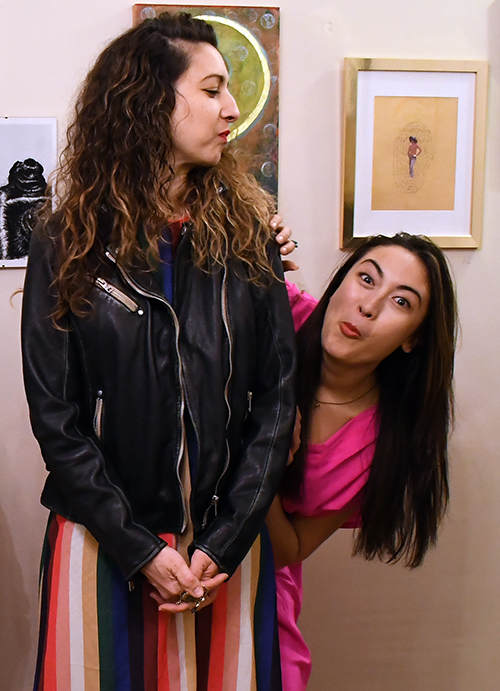 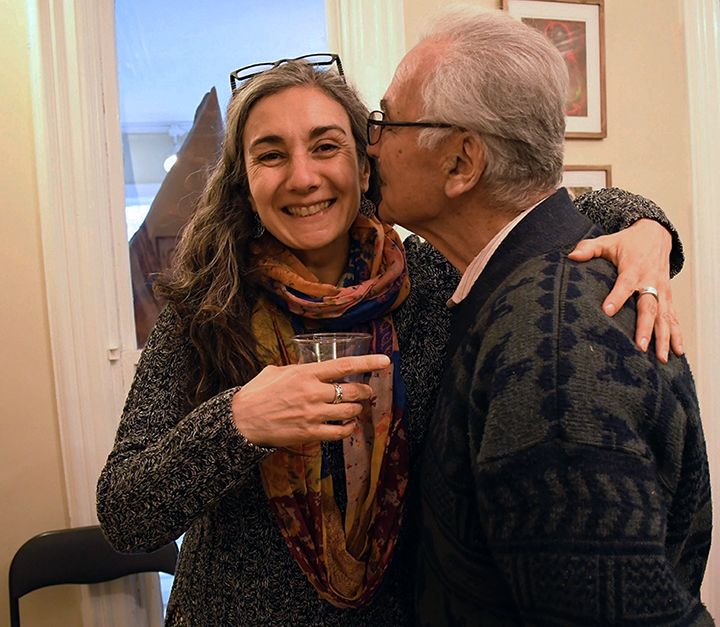 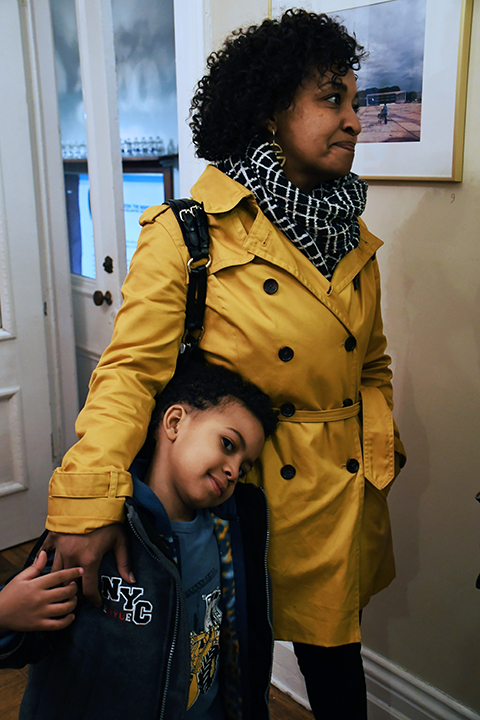 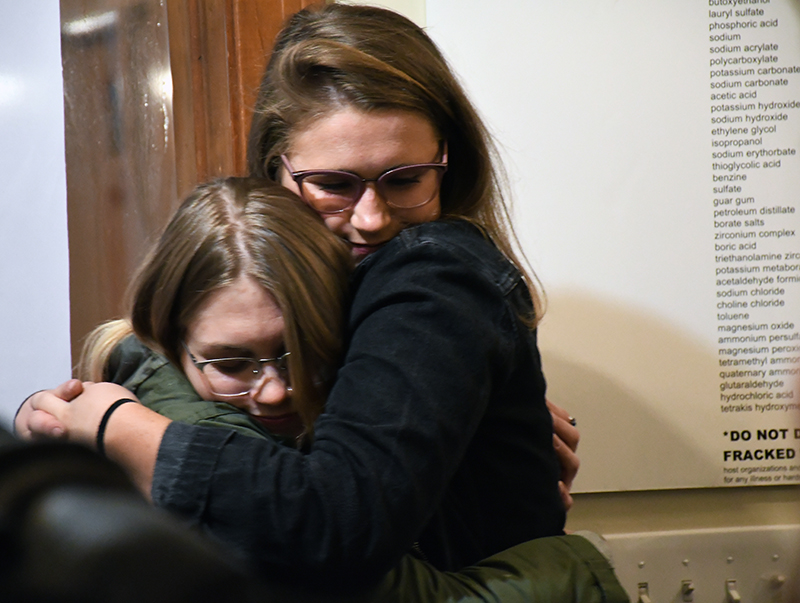 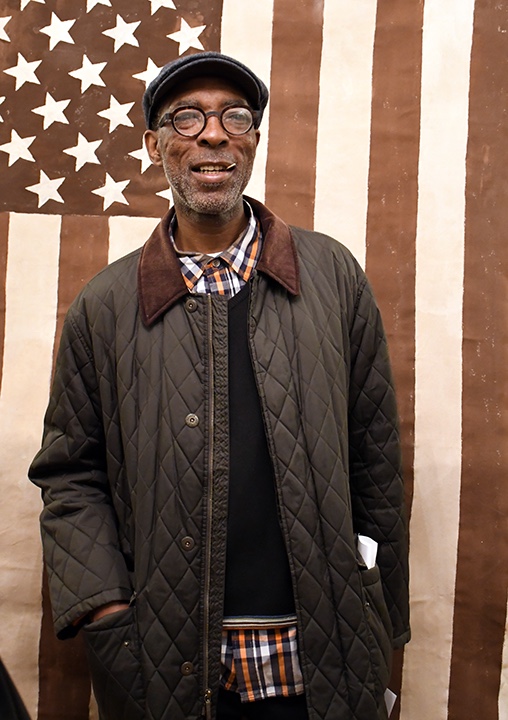 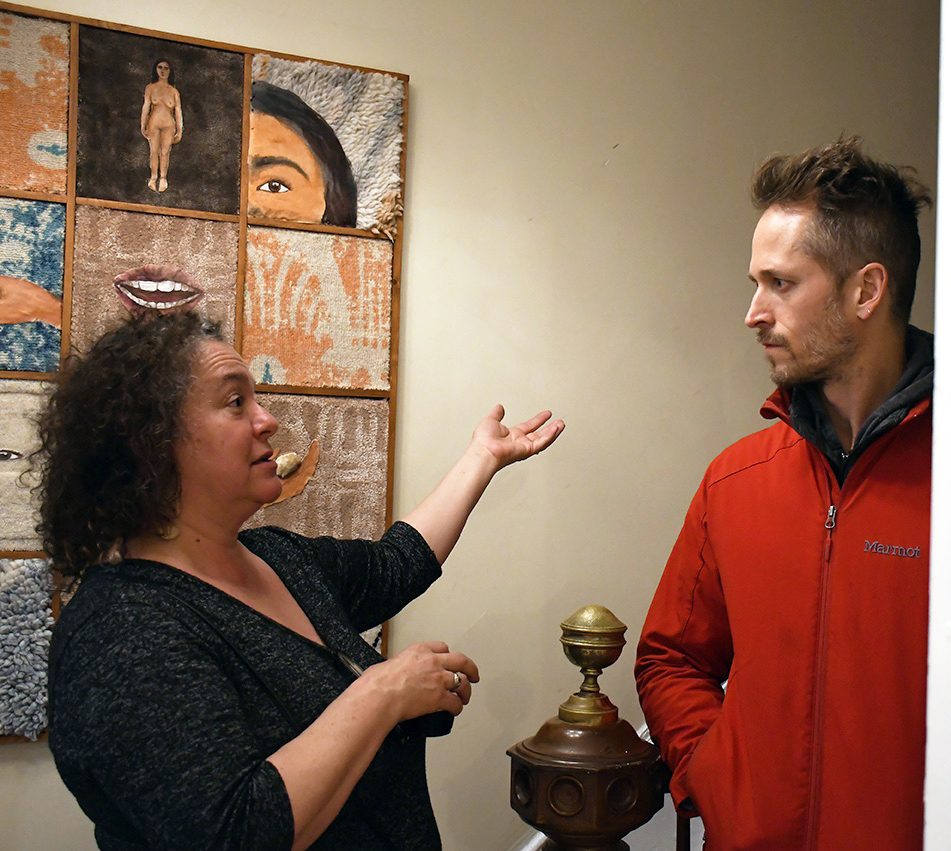 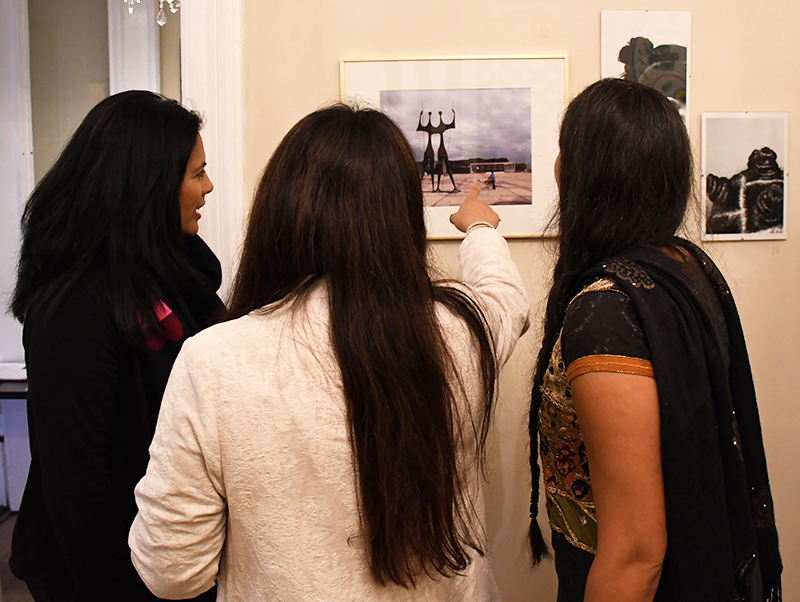 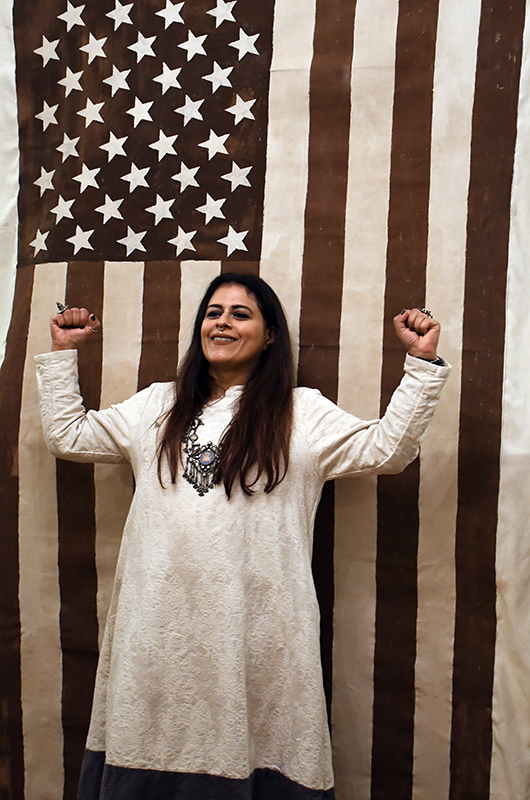 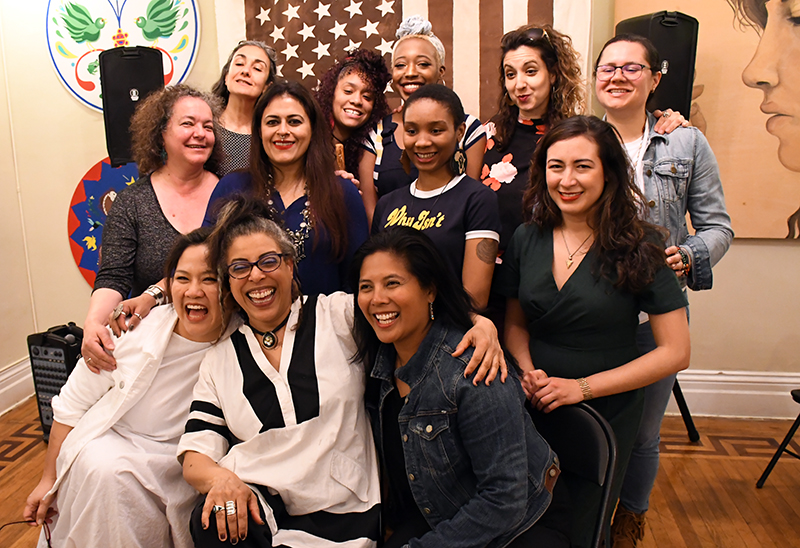 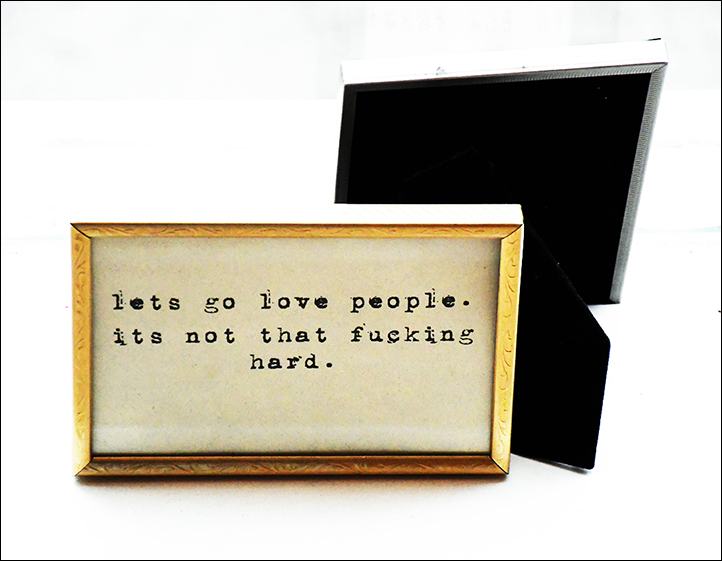 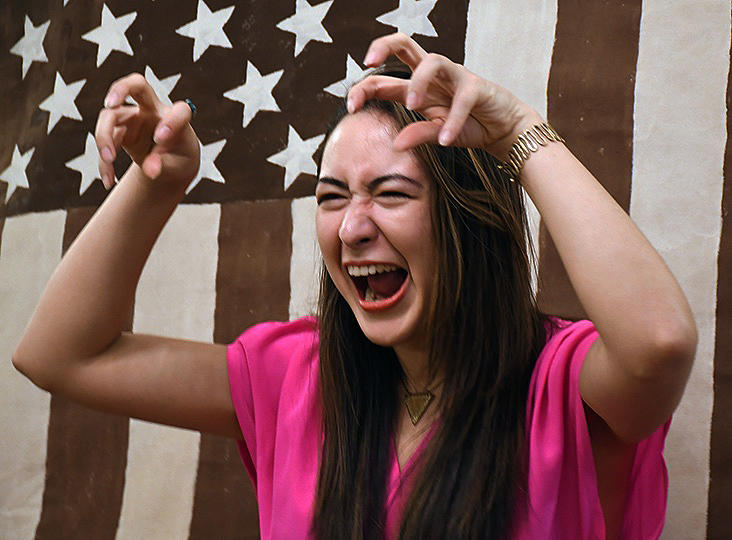 #notwhite collective Is a bi/multi-racial/cultural, immigrant or descendants of immigrants. Since 2016, they have met to share, to question, to investigate, dig deep into what identity is within and outside the construct and context of white –not in skin color, but as a system of oppression, a system we do not align ourselves with. They provide an artistic platform for difficult discussions on the complexities of cultural identity in America to move us all towards humanity.