This photo I shot is a graft of an American-Chinese Chestnut hybrid. It was taken in Huntsville, AL during the annual meeting of The American Chestnut Foundation. It was used to illustrate the press release (below) from Global Justice Ecology Project today. – Orin Langelle 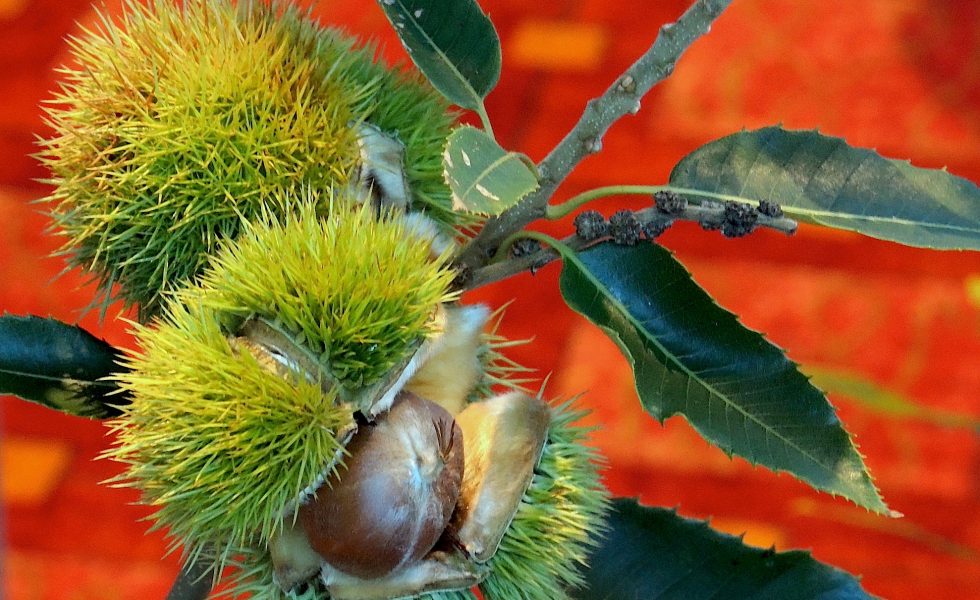 Spencer, MA – In a statement today, two board members of the Massachusetts/Rhode Island Chapter of The American Chestnut Foundation (TACF), including the Chapter President announced they were resigning from TACF as a protest against the organization’s support for genetically engineering (GE) American chestnut trees.

Board President Lois Breault-Melican and Board member Denis Melican made the decision to leave due to TACF support for the unregulated planting of GE American chestnut trees throughout eastern US forests.

The Melicans stated, “We are unwilling to lift a finger, donate a nickel or spend one minute of our time assisting the development of genetically engineered (GE) trees or using the American chestnut to promote biotechnology in forests as any kind of benefit to the environment. The GE American chestnut is draining the idealism and integrity from TACF.”

If deregulated by the USDA, the GE American chestnut would be the first GMO allowed to be planted in the wild with the intent to reproduce itself. There are no long-term studies of the impacts this would have on forests, wildlife, pollinators or human health.

The Melicans joined TACF sixteen years ago to help bring back the American chestnut. In their statement they wrote, “Looking back, if we had known on day one that Monsanto and [GE tree company] ArborGen had an interest in – and funded – the GMO chestnut, we would not have gotten involved.”  Read More