Attention brought to the serious climate crisis that is already happening

Buffalo, NY – 26 January 2019: After speakers and a funeral for all extinct species, Extinction Rebellion Buffalo blocked the intersection of Elmwood and Bidwell Avenues. Elmwood Avenue is a major shopping district. 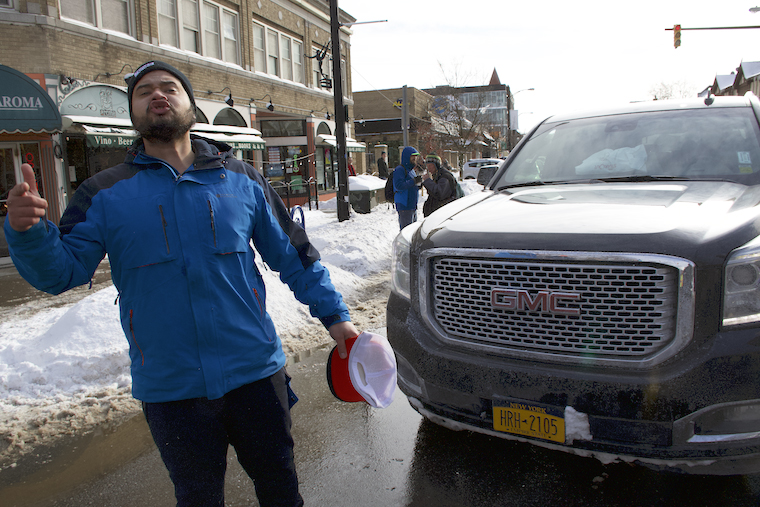 Protester chanting, “Whose streets, our streets,” in front of vehicle. Extinction Rebellion Buffalo blocked intersection in one of Buffalo’s shopping districts. photo: Langelle 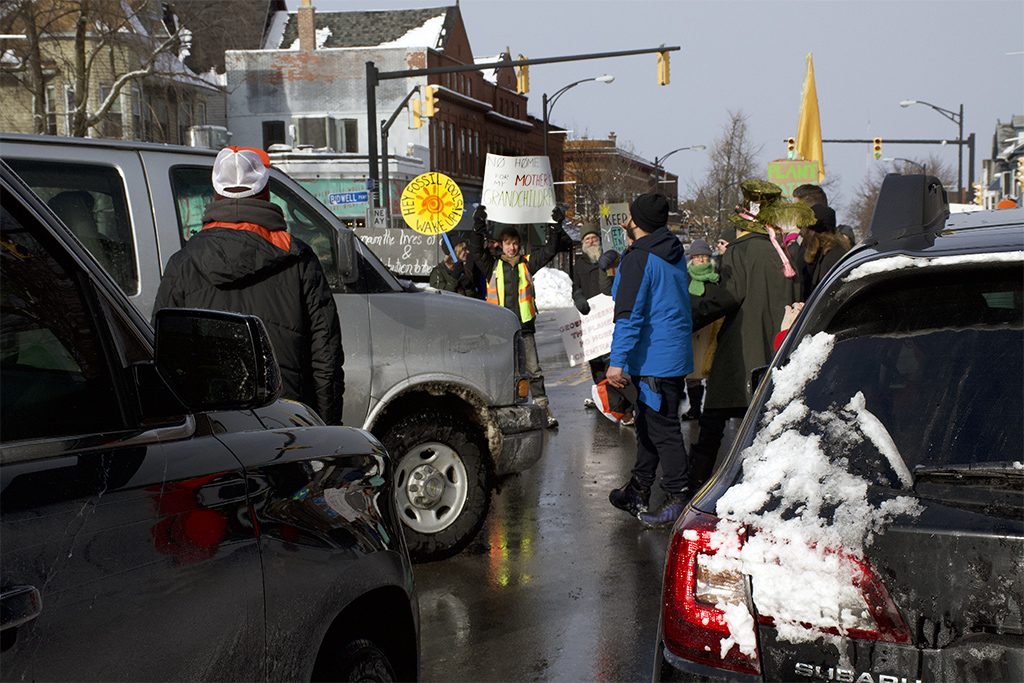 The crowd then held an unpermitted march through the streets Delaware Park and then dropped a banner over the  Scajaquada Expressway. The banner said “Extinction Rebellion.” 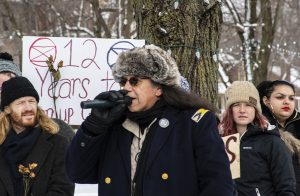 Greenleaf, a Mohawk Indigenous man, was the first speaker of the day. photo: Langelle

Fifty or more people participated in today’s event in what organizers from Extinction Rebellion Buffalo billed as, “US Rebellion Day 1: Declare Climate Truth!” This was the first action that the Buffalo group did.  Organizers said it was not the last. There were no arrests. 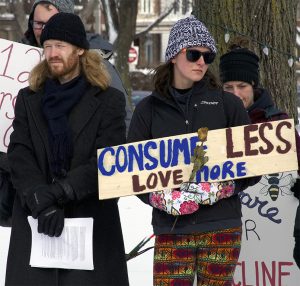 Reflection during the funeral for all extinct species. photo: Langelle

From Extinction Rebellion US, “Over the last 3 months, Extinction Rebellion has established groups in over 35 countries, and 30 US cities, while also gaining the endorsements of leaders like Noam Chomsky … and hundreds of climate scientists. On January 26th, we use this massive momentum for a day of action that will create disruption, spread the word, and recruit. We’re just getting started, so these actions are building the base. But we’re facing extinction, so we know that nothing short of mass mobilization will save us.” 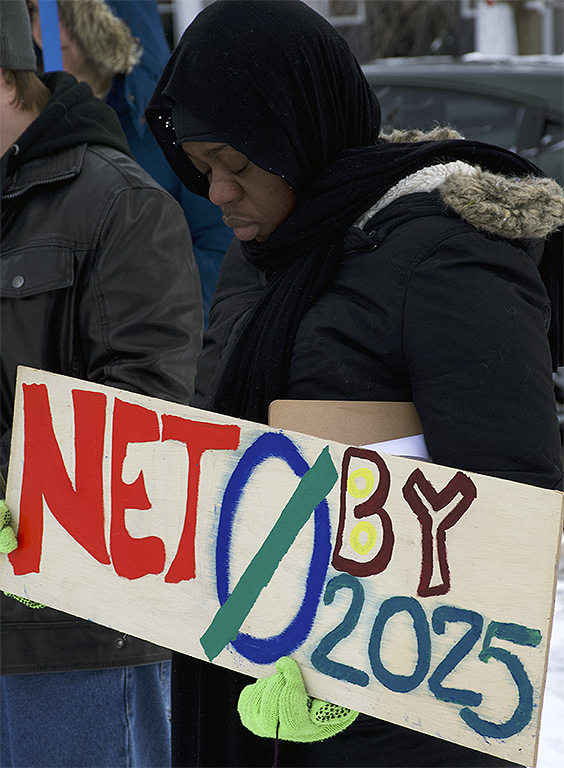 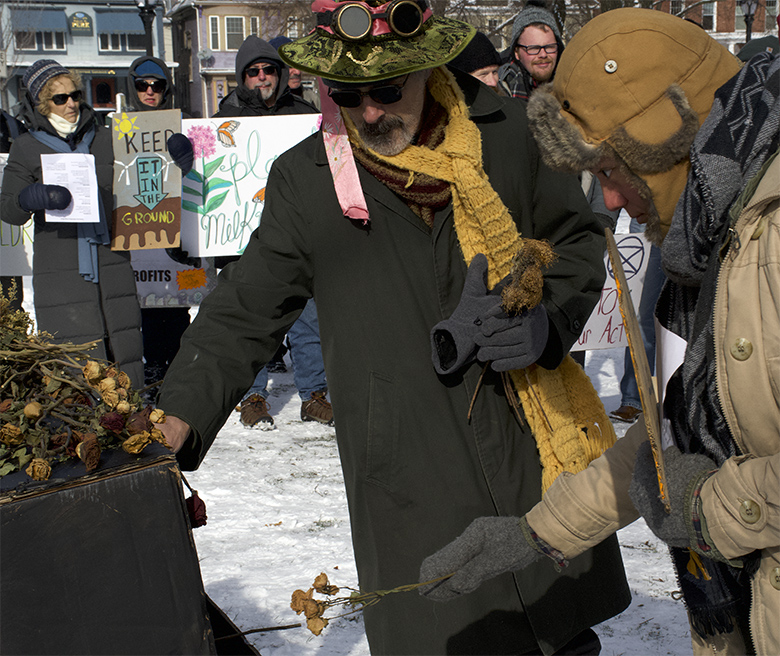 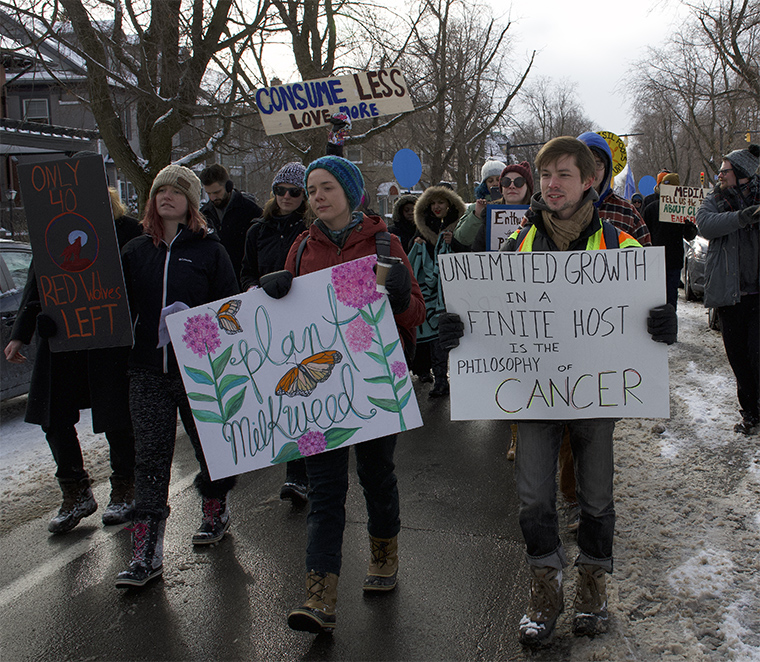 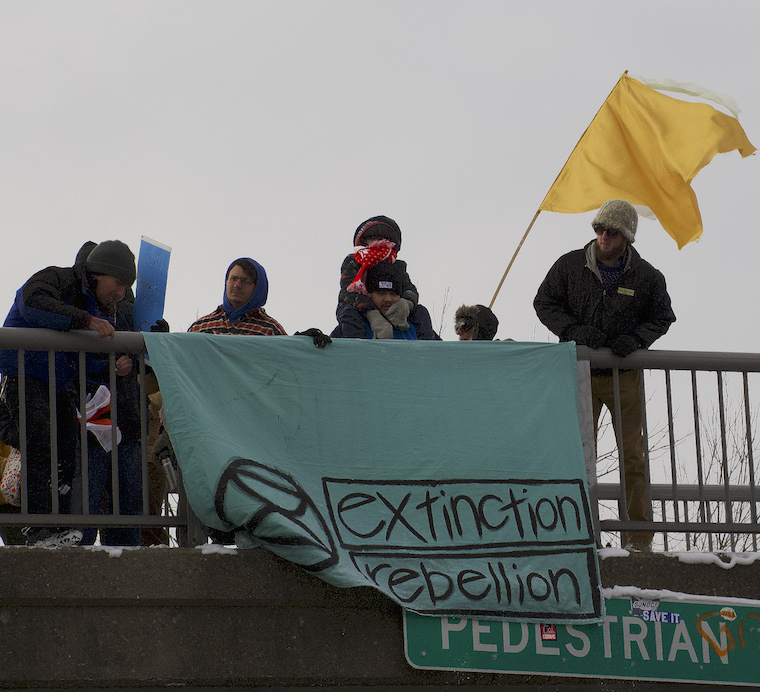 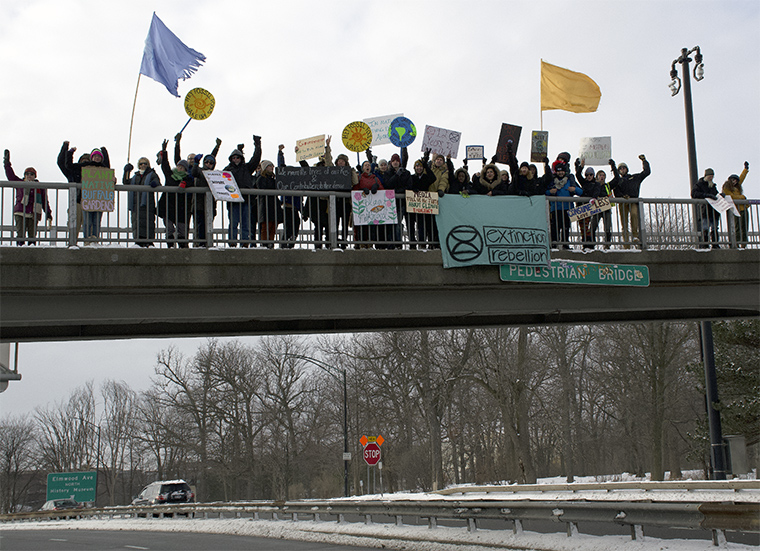 Over the Scajaquada Expressway. photo: Langelle