In January 2017 I photographed scenes of All Power to the People, an exhibit at the Oakland Museum of California that opened in October of 2016 – the 50th anniversary of the Black Panther Party for Self Defense. I am publishing this in October 2018 for their 52nd anniversary. Although the following photos were taken by me, there are depicted images created by other people, therefore no photograph in this photo essay can be copied without the express consent of the Oakland Museum of California and Langelle Photography. 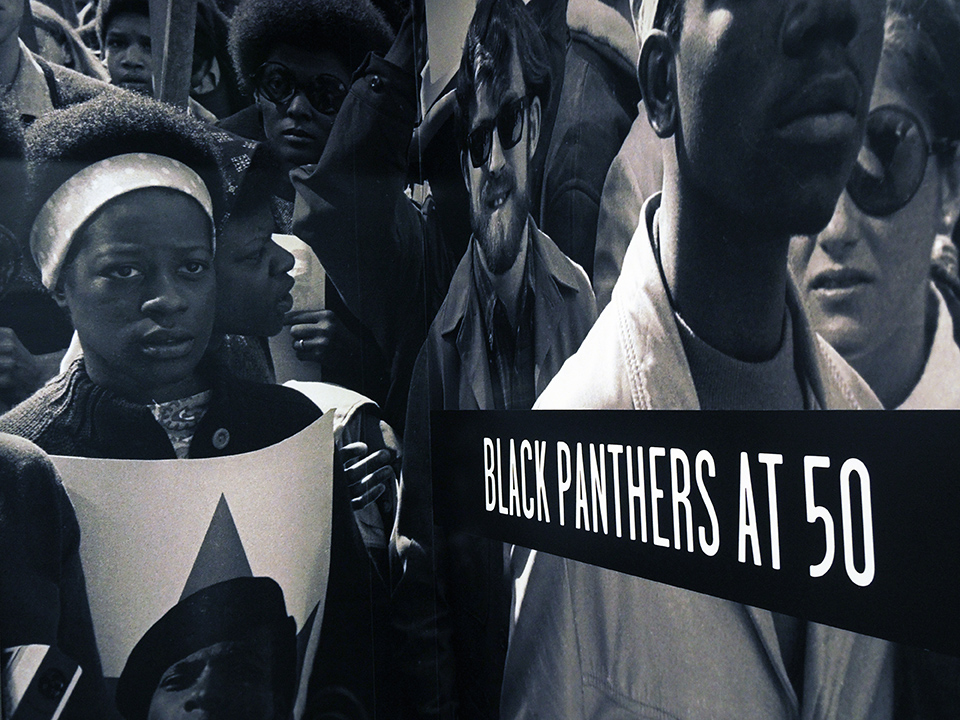 Entrance to the Black Panther Exhibit at the Oakland Museum

(OAKLAND, CA)—The Oakland Museum of California (OMCA) hosted a major exhibition All Power to the People: Black Panthers at 50 that opened to the public in October 2016 coinciding with the 50th anniversary of the Party—The popular exhibition explored stories of human achievement and struggle to support the needs of the oppressed. It also delved into aspects of the Party that are not often told, such as its survival programs, the presence of women and rank and file members, its use of media and art, and its founding Ten Point Program that continues to inform and inspire contemporary movements of change today. 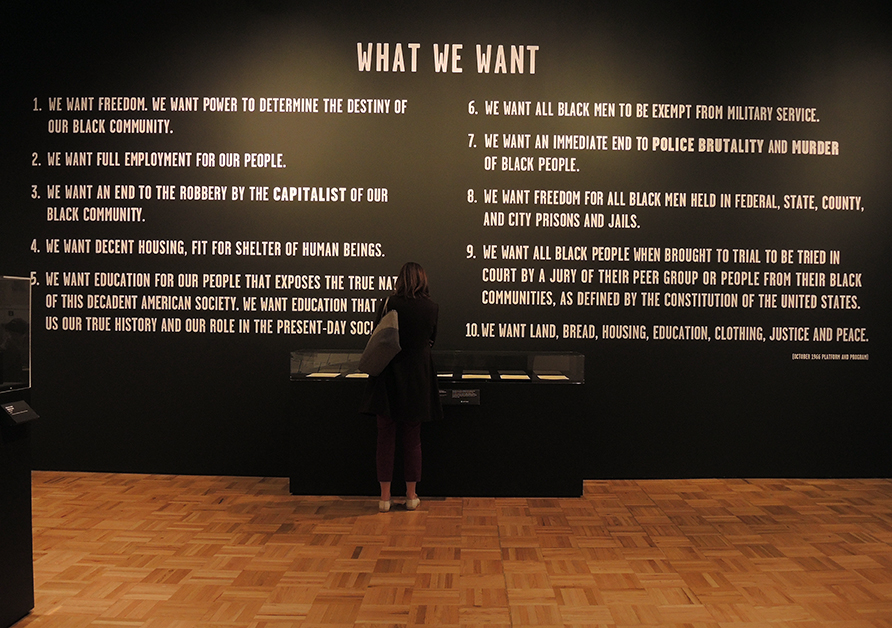 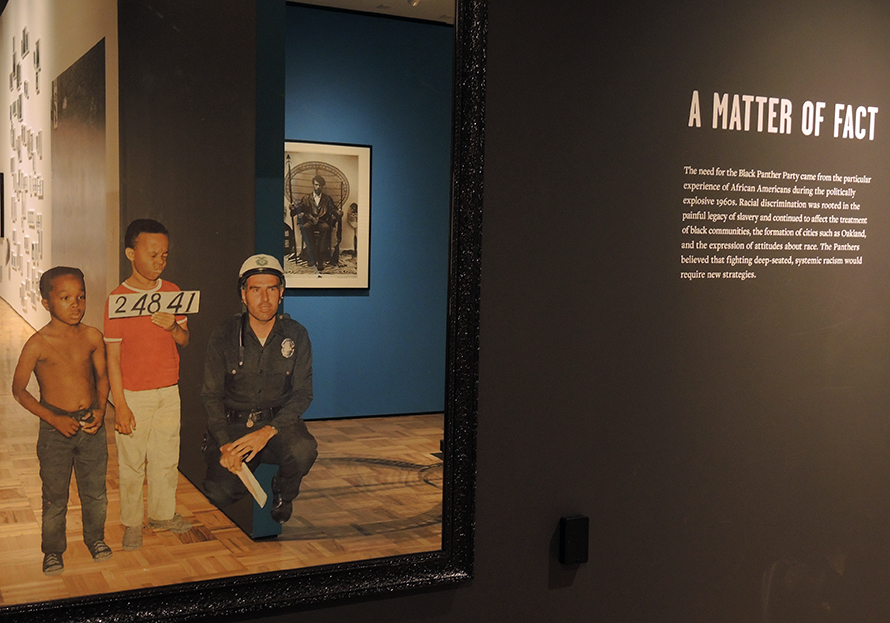 A MATTER OF FACT

The need for the Black Panther Party came from the particular experience of African Americans during the politically explosive 1960s. Racial discrimination was rooted in the painful legacy of slavery and continued to affect the treatment of black communities, the formation of cities such as Oakland, and the expression of attitudes about race. The Panthers believed that fighting deep-seated, systemic racism would require new strategies. 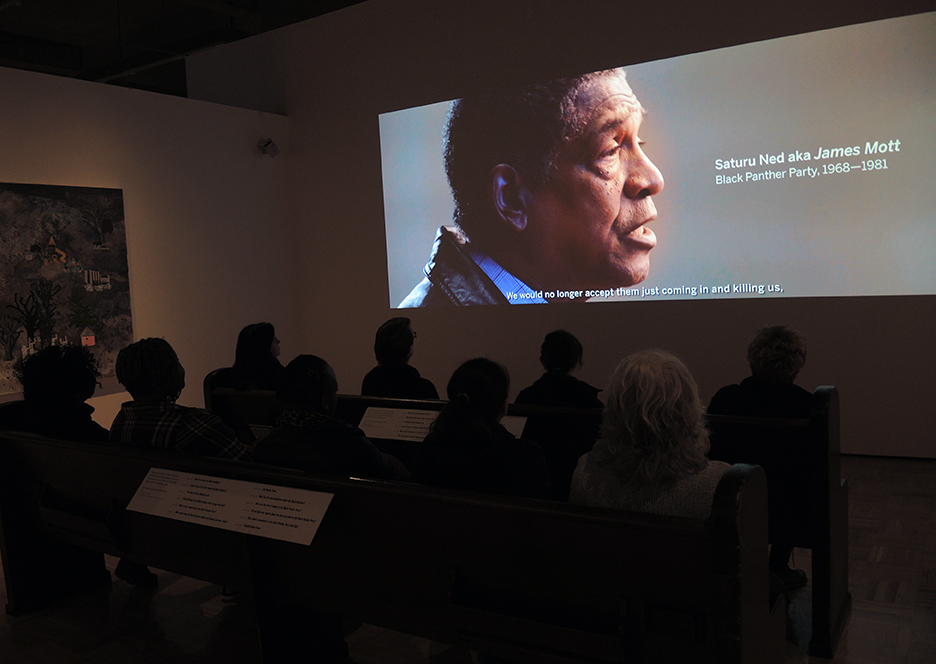 “We could no longer except them just coming in and killing us.” – Saturu Ned aka James Mott, Black Panther Party 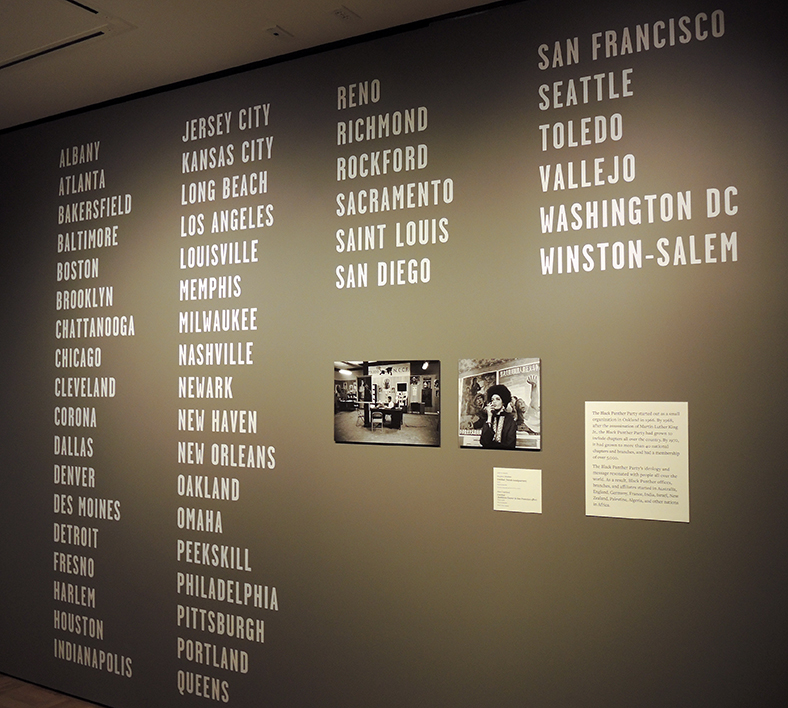 Black Panther Chapters across the U.S.

The Black Panther Party’s ideology and message resonated with people all over the world. As a result, Black Panther offices, branches, and affiliates started in Australia, England, Germany, France, India, Israel, New Zealand, Palestine, Algeria, and other nations in Africa. 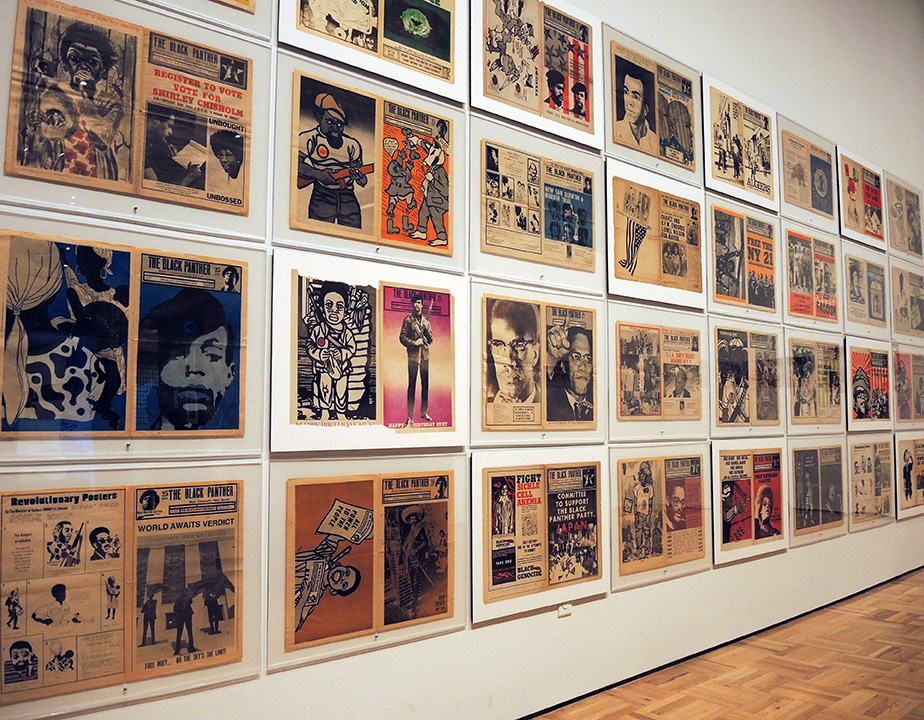 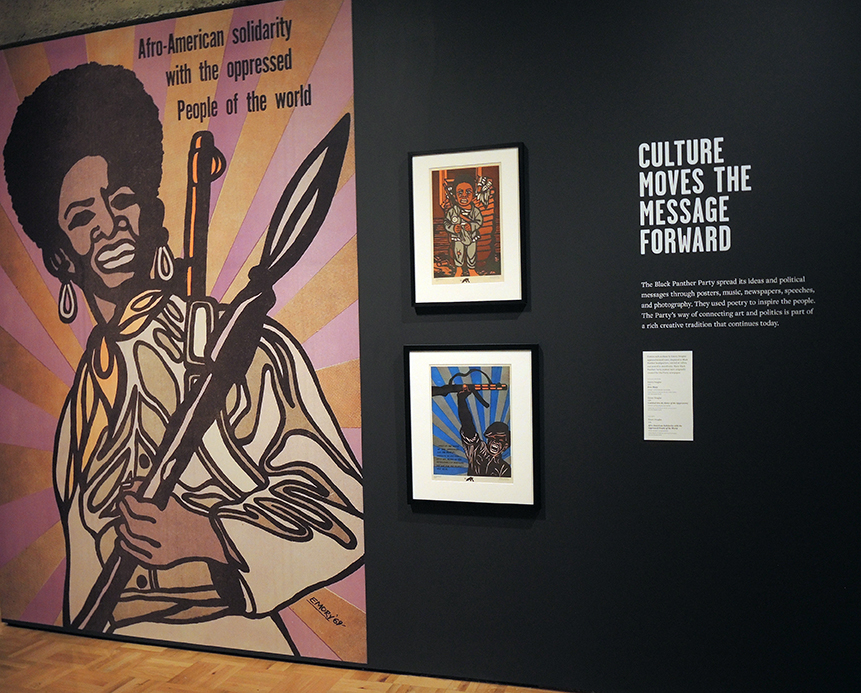 The Black Panther Party spread its ideas and political messages through posters, music, newspapers, speeches and photography. They used poetry to inspire the people. The Party’s way of connecting art and politics is part of a rich creative tradition today. 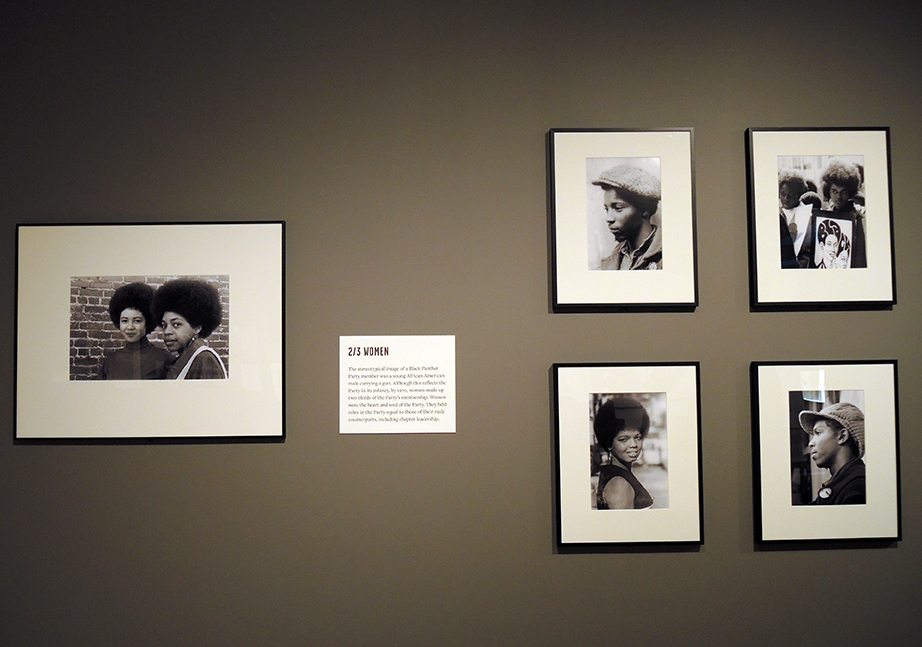 The stereotypical image of a Black Panther Party member was a young African American male carrying a gun. Although this reflects the Party in its infancy, by 1970, women made up two-thirds of the Party’s membership. Women were the heart and soul of the Party. They held roles in the Party equal to those of their male counterparts, including chapter leadership. 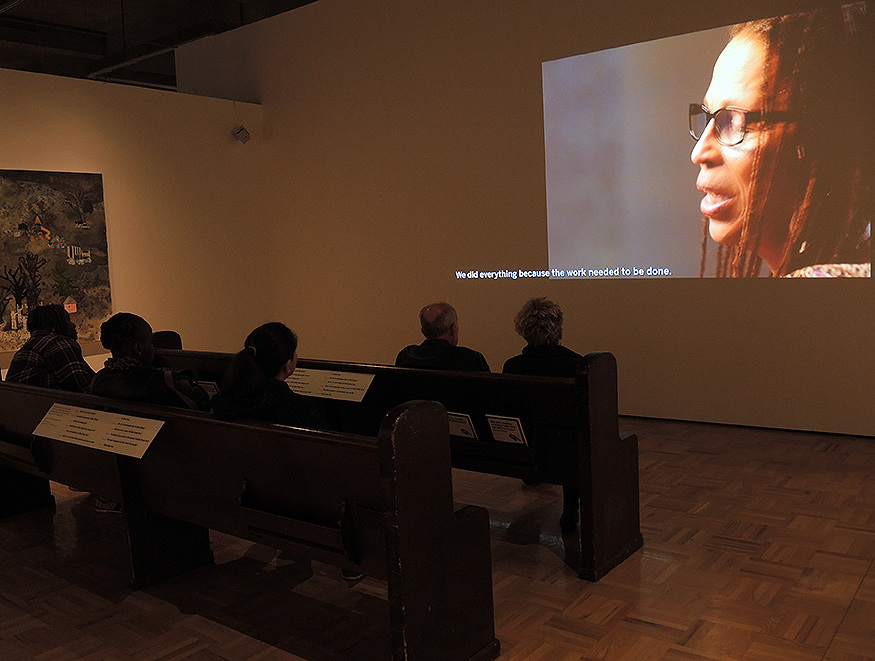 “We did everything because the work needed to get done.” 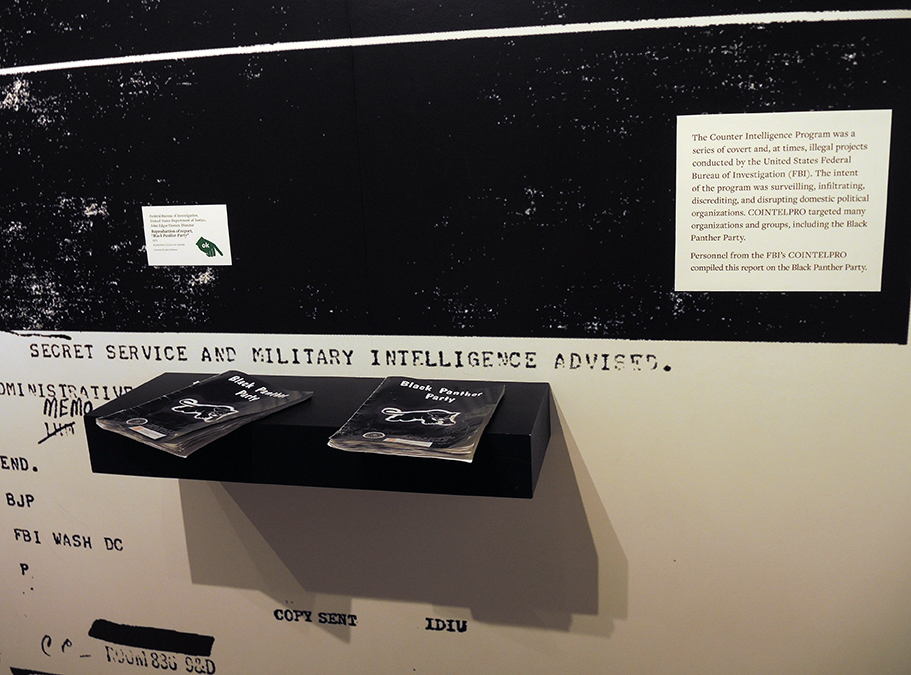 The Counter Intelligence Program (COINTELPRO) was a series of covert and, at times, illegal projects conducted by the U.S. FBI. The intent of the program was surveilling, infiltrating, discrediting, and disrupting domestic political organizations. COINTELPRO targeted many organizations and groups, including the Black Panther Party. 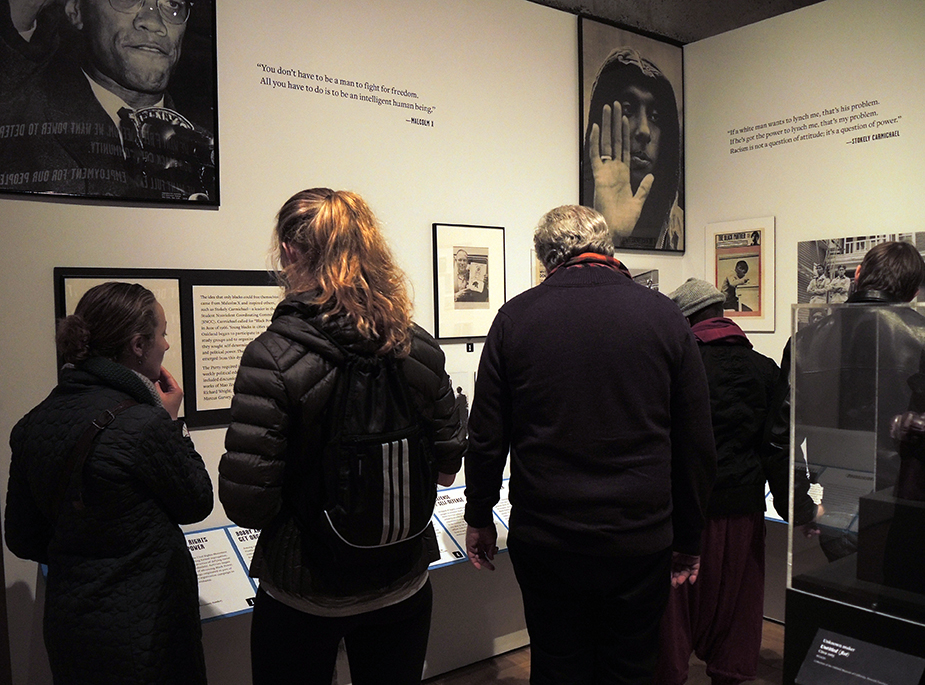 “You don’t have to be a man to fight for freedom. All you have to do is to be an intelligent human being.” – Malcolm X (left) 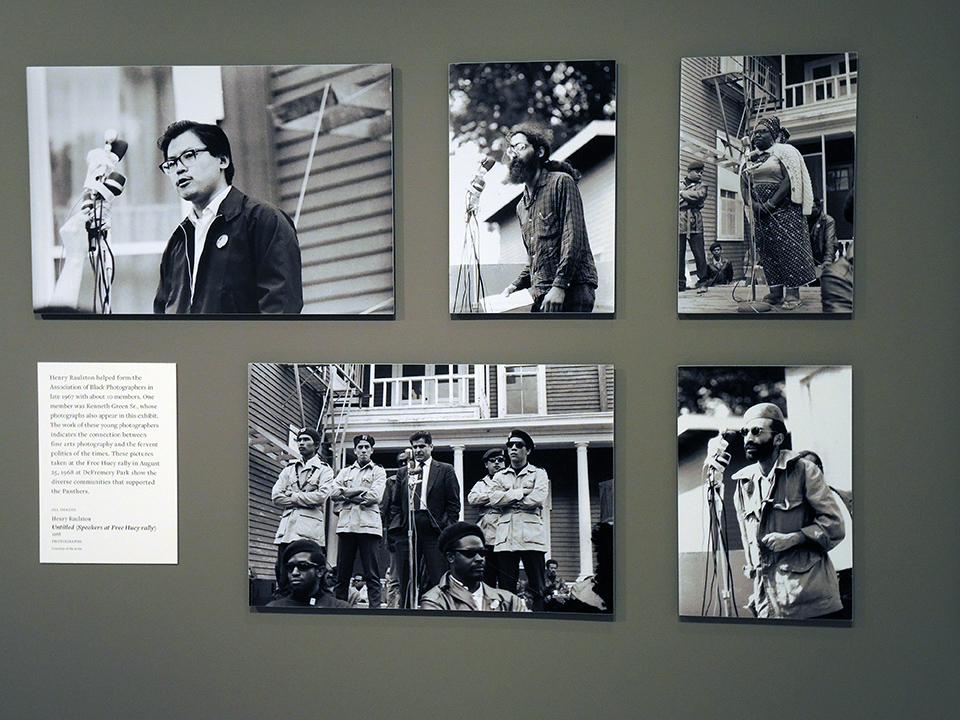 Henry Raulston helped form the Association of Black Photographers in late 1967 with about 10 members. One member was Kenneth Green Sr., whose photographs also appear in this exhibit. The work of these young photographers indicates the connection between fine art photography and the fervent politics of the times. These pictures taken at the Free Huey rally in August 25, 1969 at DeFremery Park show the diverse communities that supported the Panthers. 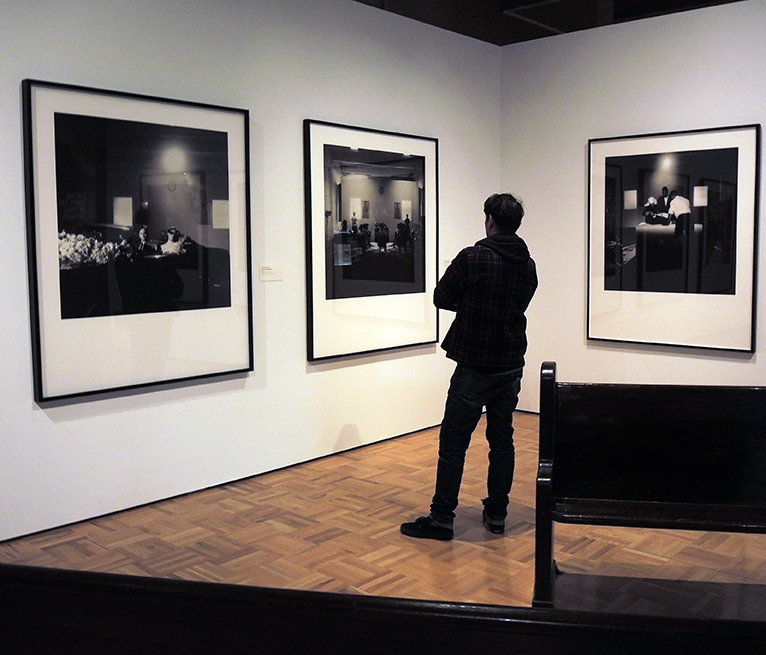 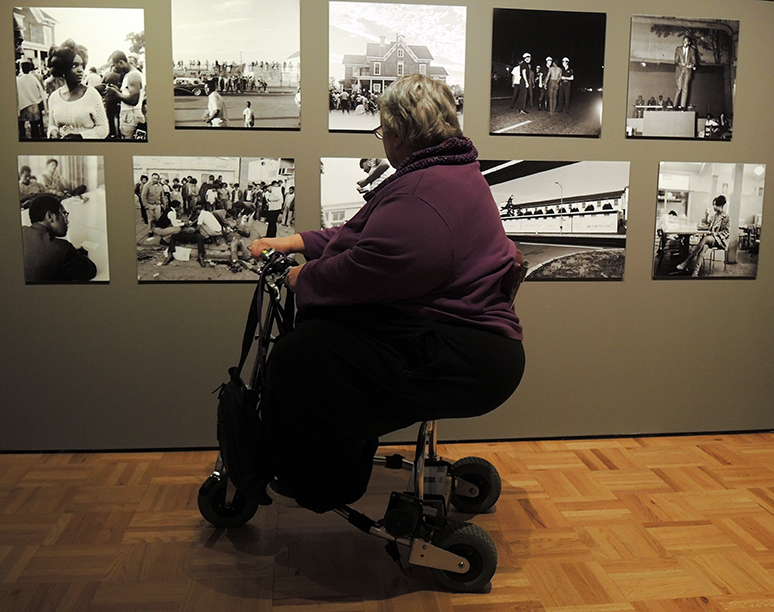 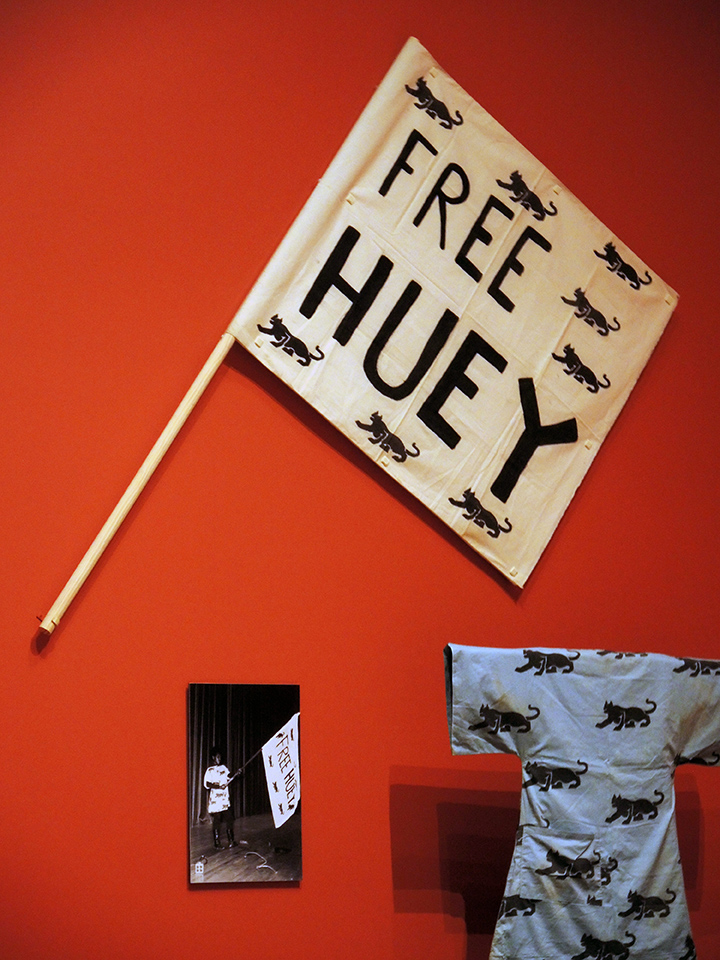 Huey Newton and Bobby Seale founded the Black Panther Party for Self Defense in October of 1966. According to Biography: Huey Newton was arrested in 1967 for allegedly killing an Oakland police officer during a traffic stop. He was later convicted of voluntary manslaughter and sentenced to two to 15 years in prison. But public pressure—”Free Huey” became a popular slogan of the day—helped Newton’s cause. He was freed in 1970 after an appeals process deemed that incorrect deliberation procedures had been implemented during the trial. 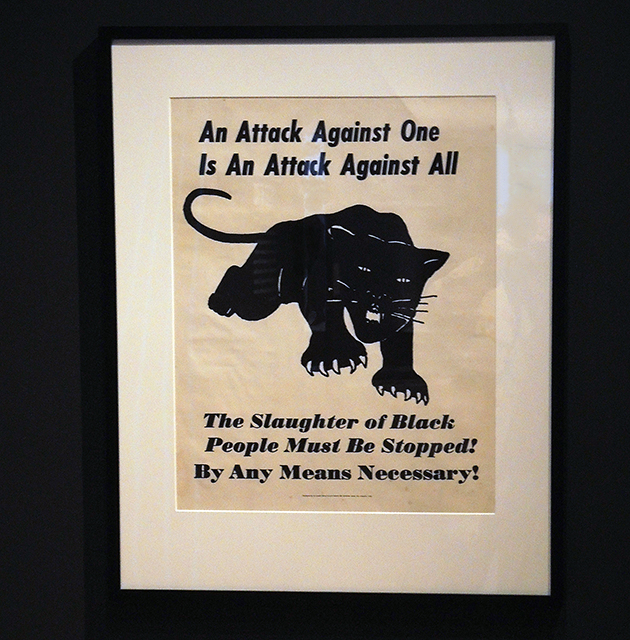 “The Ten Point Platform of ‘What We Want, What We Believe’…simply states what black people have been crying for four hundred years. ‘We want freedom. We want power to determine the destiny of our black community. We believe that black people will not be free until we are able to determine our destiny.'” – Bobby Seale

“…Looking at the photographs today [from Seale’s book Power to the People  The World of the Black Panthers], I am reminded of recent Black Lives Matter protests calling for recognition of black humanity. It shows how young black men and women sought to give voice to injustices and celebrate their beauty, style, and rights.” – Deborah Willis, New York University

Seale’s and Willis’s above quotes are from the back jacket of Power to the People  The World of the Black Panthers by Stephan Shames and Bobby Seale.

When Bobby met Huey in Oakland, something extraordinary happened

Edited excerpt from the Oakland Museum of California: In October of 1966, Huey P. Newton and Bobby Seale created a radical political party at the forefront of revolutionary change—the Black Panther Party for Self Defense. On the 50th anniversary of its founding, the exhibition All Power to the People provides a contemporary view of the Party and its aims to serve oppressed people and fight injustice.

The gallery uncovered the history of the Black Panther Party—a history that is often misunderstood. Charismatic Panthers—both men and women—created programs to benefit the people, stood up against power, and earned the admiration of other struggling communities in the U.S. and across the globe. Many still fear the Panthers and are unaware of their motivations and intent. Former Panthers admit some mistakes and acknowledge that their image as militants cast a negative shadow on their legacy.

The Black Panther story is complex. The Panthers’ ideas were potent, and they continue to inspire many. Visit All Power to the People and reflect more deeply about the Black Panther Party and its place in our shared history.

“This exhibition has become a space for our visitors to reflect on the Black Panther’s complex history and examine significant contemporary issues of our time,” says exhibition curator Rene de Guzman. “The exhibition’s themes have strong ties to our country’s current political landscape…”

All Power to the People and corresponding program Perspectives at OMCA showcase OMCA’s continued commitment to examining topics and themes that are socially relevant and meaningful to the community through exhibitions, programs, and partnerships. For more on the exhibition and program, visit museumca.org.