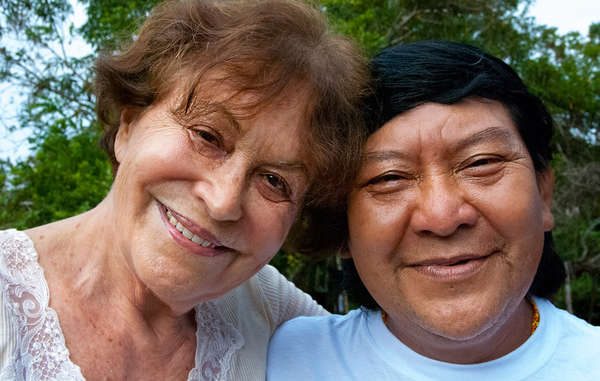 Claudia Andujar, photographer and activist, with Davi Kopenawa, a shaman and key spokesperson for the Yanomami, 2010.
© © Fiona Watson/Survival
–

A woman who fled Nazi persecution as a child and later spearheaded a campaign to save an Amazon tribe is being awarded Germany’s top cultural honor, the Goethe Medal.

Claudia Andujar will receive the prestigious award at a ceremony in Weimar on August 28th. Previous winners include the musician Daniel Barenboim, the novelist John le Carré, and the architect Daniel Libeskind.

Claudia is being honored for her groundbreaking work with the Yanomami tribe, which led to the establishment of the largest forested area under indigenous control anywhere in the world. Experts say the Yanomami people would not have survived without Claudia’s activism. Survival International projected the campaign globally.

To read and see more of this historical achievement CONTINUE