This was originally published in Climate Connections on 13 April 2011. I’m republishing in Langelle Photography because Global Justice Ecology Project released a statement on 15 August 2018 explaining that carbon offsets are a false solution to climate change. 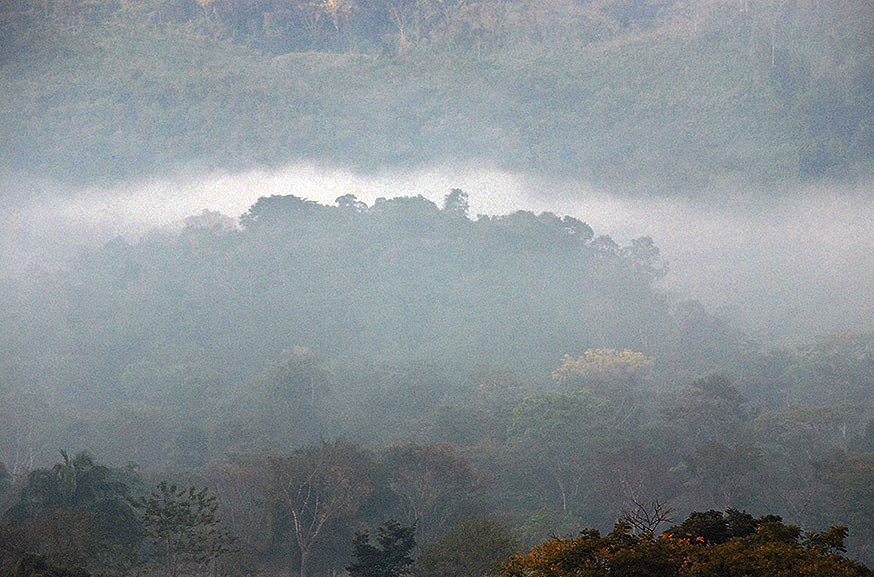 At the Cancún, Mexico United Nations Framework Convention on Climate Change (UNFCCC) in 2010, journalist Jeff Conant and I learned that California’s then-Governor Arnold Swarzenegger had penned an agreement with Chiapas, Mexico’s Governor Juan Sabines as well as the head of the province of Acre, Brazil.  This deal would provide carbon offsets from Mexico and Brazil to power polluting industries in California—industries that wanted to comply with the new California climate law (AB32) while continuing business as usual.

The plan was to use forests in the two Latin American countries to supposedly offset the emissions of the California polluters.

Conant and I took an investigative trip to Chiapas in March 2011.  When we arrived, we were invited by the people of Amador Hernandez–an indigenous village based in the Lacandon jungle (Selva Lacandona)–to visit, document and learn of the plans of the government to possibly forcibly relocate them from their homes. What we uncovered was another battle in the ongoing war between a simpler or good way of life (buen vivir) vs. the neoliberal development model.

The following photographs were taken in or near the community of Amador Hernandez; during an over flight of the Selva Lacandona and surrounding African palm plantations; and in the “Sustainable Rural City” Santiago el Pinar.

Elders from the community of Amador Hernandez in the Selva Lacandona

Young girls in the morning

Amador Hernandez, deep in rebel territory, was a hotbed of resistance to the Mexican military’s attempt to crush the Zapatistas.

In the Mexican daily, La Jornada, journalist Hermann Bellinghausen wrote in 1999,  “A detachment of 500 Mexican Army troops, made up of elite troops and Military Police, are keeping the access blocked leading to the road that joins Amador Hernandez with San Quintin, where the chiapaneco government and the soldiers are trying – at all costs – to build a highway.

The people of Amador Hernandez did not let the army go through with their road plan and the army broke its encampment.

The uprising continues today and has been an inspiration to millions of people throughout the world.

Life goes on in Amador Hernandez

Men relax after a day’s work

Earlier that day (24 March 2011) the boy had had convulsions; by the next day, several others from the community had experienced the same thing. Drinking water from the community supply was suspected. Since last year, Amador Hernandez has been denied medical supplies, and the Mexican government has suspended emergency transport of the gravely ill.

“We, the residents of the Amador Hernandez region in Chiapas, which forms the core of the Montes Azules Biosphere Reserve, well known for its extraordinary biological richness, and the site of historic resistance by indigenous peoples, denounce that the illegal threats by the bad government to expel us, culturally and physically, from our territories, have moved from words to deeds.

Our opposition to the theft of our territory, as decreed in May 2007; our rejection of the unilateral delimiting of the agrarian border of the Lacandona Community demanded by investors in projects associated with the REDD+ [Reduced Emissions from Deforestation and Forest Degradation] Project; our refusal to accept the conservationist programs of “payment for environmental services” and “productive land reconversion,” and our decision to reinitiate a process of self-determined community health based in our traditional medicine, together have aroused the arrogance of the bad government, motivating them to advance a “new” counterinsurgency strategy to undermine our resistance.

It is a strategy that doles out sickness and death, dose by dose.”

They say their traditional way of life will be over

They will not be able to prepare their traditional medicines, which they harvest from the jungle

The government refuses to provide health care, but traditional medicines are still prepared

The Lacandon jungle from the air

Many residents of Amador Hernandez feel that in addition to REDD, another reason for potentially relocating them from their village is because the Lacandon jungle is rich in biodiversity which the transnational pharmaceutical companies want to exploit. 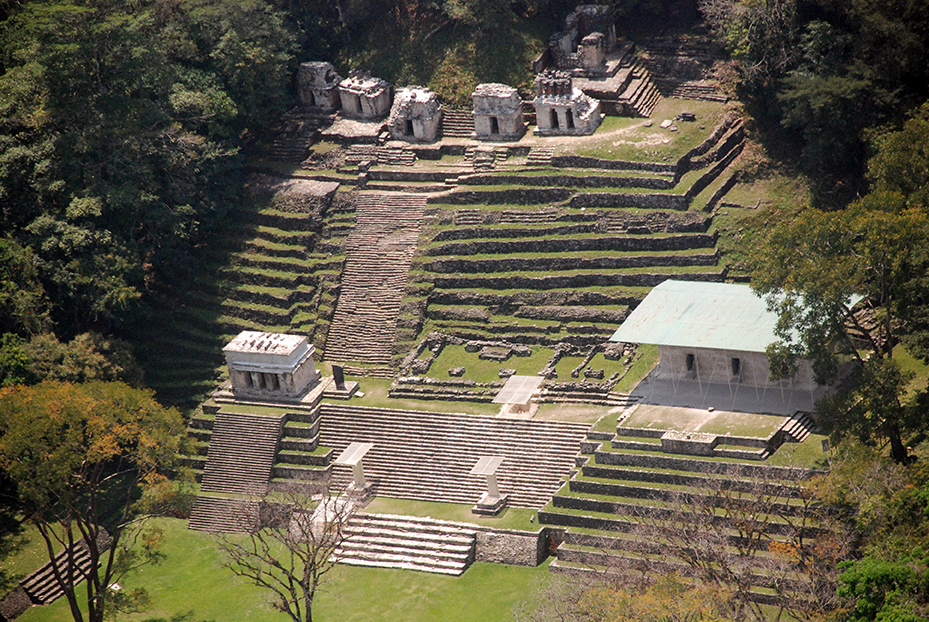 The Mayan ruin of Bonampak

After leaving Amador Hernandez, we flew over the Lacandon jungle and see the dense forest and some Mayan ruins, but when we left the jungle, we were confronted by many African oil palm plantations that the government says are going to be used for agrofuels (biofuels).

Addendum: These photographs were taken when I was the photographer and one of the organizers of this trip into the Lacandon jungle.  We knew the village was under threat of forced relocation.  The Mexican military was going to move in within four days after we arrived.  They did not.  Due to the community’s resistance, supported by our presence and subsequent international publication of our photos, video and interviews, Amador Hernandez was not relocated and the people continue to live on their land (as of 15 August 2018). Mexico now is nationalizing its carbon trading program, however, and it appears they will strike a bilateral deal with California – putting the people and land in Amador Hernandez again in the sights of the carbon market.

The following week, Jeff Conant and I visited of Santiago el Pinar.  The government of Chiapas has begun developing “Sustainable Rural Cities” like Santiago el Pinar– as places where scattered rural populations can be relocated.  The government claims this enables these populations to have services such as electricity and roads, that they could not have in the rural areas.  We were told by activists, however, that these “Sustainable Rural Cities” are designed to enable the relocation of communities that are based where development projects–such as large-scale hydroelectric dams, agrofuel plantations, mines, etc.–are planned.

On every house or structure in Sanitago el Pinar, “Son Hechos – No Palabras” is emblazoned.  Roughly meaning that the government is taking action not just talking about it.

The new towns consist of flimsy, rapidly built pre-fabricated structures, about which we heard many complaints

In the hothouse growing roses, the sign reads “food security”

We were told the hothouses were built with food security in mind, but instead we found roses being grown.

Young child outside of her pre-fabricated house

The Government overseer of Santiago el Pinar told us that the day before we arrived, Chiapas Governor Sabines had been there for the official dedication.  He informed Sabines that a few days earlier his children has been playing inside his pre-fabricated home and they fell through the floor.