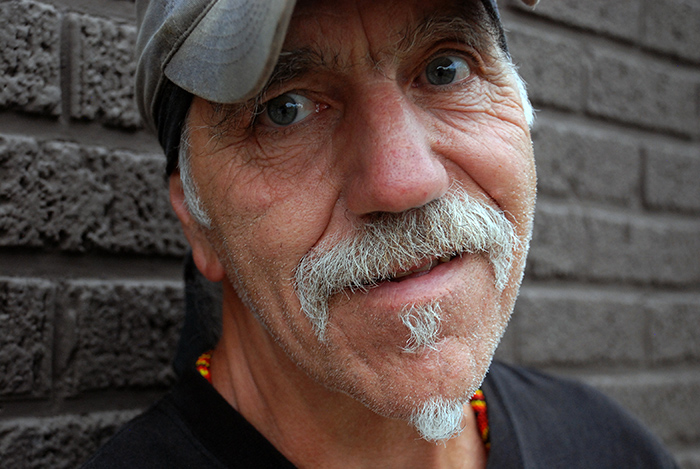 Ray Luc Lavasseur who co-founded United Freedom Front, was convicted for organizing a series of bombings to protest South African apartheid, which he helped carry out from 1976 to 1984. He was transferred to the Colorado supermax prison ADX Florence in 1995 – the land alongside it was known to contain toxic nuclear waste.                photo: Orin Langelle

This photograph [see Note below] of Ray Luc Lavasseur that I took was part of an article written by Michael Waters and published in The Outline.

How Prisons are Poisoning Their Inmates

Hundreds of U.S. prisons and ICE detention centers are built on toxic sites, and people inside are getting sick.

A week after Richard Mosley arrived as an inmate at Pennsylvania’s maximum-security SCI Fayette prison in 2008, he started getting sick. The air outside was so contaminated that his nose kept closing up. Then came the weight loss, followed by the gastrointestinal problems. Pretty soon, Mosley was relying on asthma masks to breathe. “I was going back and forth to medical trying to get some kind of relief or diagnosis,” he told The Outline. “I think I went maybe 35, 40 times.”

Meanwhile, Mosley started writing letters to local officials three days per week. “I was making a big stink,” he said. “If I was going to die there, I wasn’t going to die quietly.” He knew something was wrong. All around him, inmates were suffering. Skin rashes, gastrointestinal problems, and breathing issues were common across the prison. Everyone had a runny nose. The water quality was so abhorrent that guards brought bottled water for their onsite patrol dogs, according to Mosley. But the inmates still had to drink from the tap.

To continue this article, please go to How Prisons are Poisoning Their Inmates

[Note] This was the second of a series of candid portraits of radical movement figures I took in collaboration with Burning Books.  The point of this endeavor is to document some of the people who have participated in the making of history as part of the ongoing struggle for freedom and justice – a history of victories, losses, mistakes and successes, that we can and should learn from.