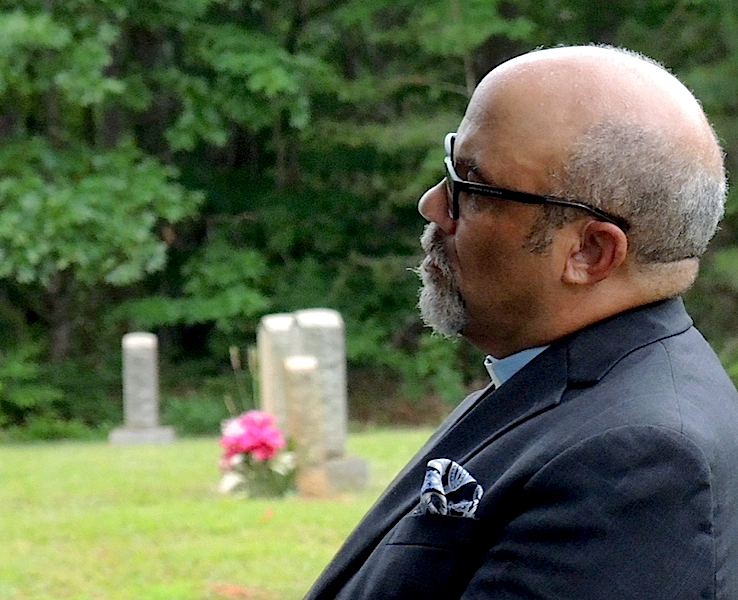 Photographer’s comment: The above photo is from an upcoming documentary photo essay on the Atlantic Coast Pipeline. I was asked by colleague and long-time friend, Mary Finley-Brook, to come to VA and document issues around the ACP. It was evident to me that the racial, ecological and other injustices are plaguing people and the Earth around the pipeline issue. In the past Mary and I traveled through Nicaragua several times in the mid-90s, working on Indigenous Peoples’ rights and rainforest protection.

University of Richmond professor of geography and the environment Mary Finley-Brook, who serves on the council’s [Governor’s Advisory Council on Environmental Justice] pipeline subcommittee, gave a report on what her group has learned so far. She also said it does not recommend construction of the ACP.

If it gets built, Finley-Brook said residents can prepare for Dominion to make environmental violations because it already has a record, including several citations from when it started cutting down trees earlier this year. And “blowdowns,” [see Note below] or release of gas (and toxic air pollutants) to relieve pressure in the pipe, happen about 10 times per year at compressor station sites (a figure that Dominion estimates at once every five years). Finley-Brook also noted Dominion’s underreporting of the Union Hill population.

The article goes on to state that –

…Union Hill is where a third of the residents are descendants of the freedmen community that was once enslaved there, and where there are freedmen cemeteries and unmarked slave burials on the site where Dominion wants to build its compressor station, according to Yogaville resident and cultural anthropologist Lakshmi Fjord.

[Note] The numbers on the blowdowns are confusing. Dominion now admits it will occur about 10 times per year. When they presented to the Board of Supervisors in 2017 they said blowdowns would only occur once per 5 years (and thus for supervisors to ignore info on health and environmental impacts from blowdowns), but now they are stating the actual number.

Further information on the Friends of Buckingham can be found here.

My photo essay will be available soon. Please stay tuned.