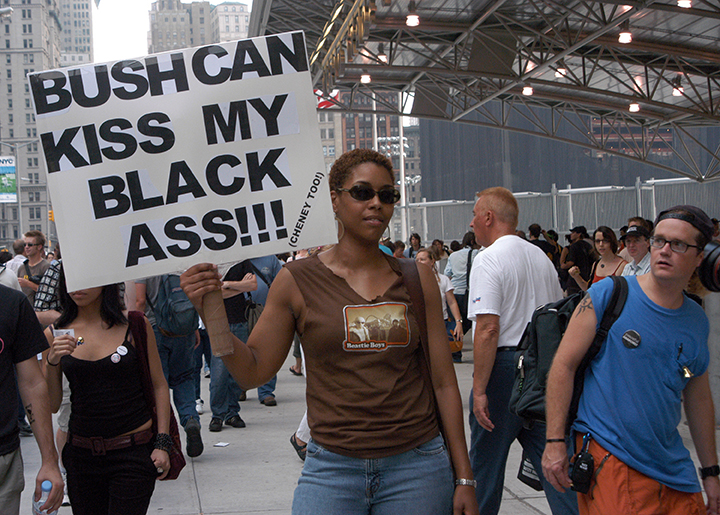 Ground Zero, New York, NY: Woman stands with placard at Ground Zero as many thousands of activists converged on Manhattan for protests against the 2004 Republican National Convention, the war in Iraq, and the flawed U.S. political system. On this evening, 9/11 families and their supporters gathered at “Ground Zero,” the former World Trade Center site, ringing bells and observing silence. The event, named “Ring Out the GOP” was called to commemorate victims of violence and oppose the politics of revenge.

Many New Yorkers expressed their anger throughout the convention, denouncing President George W. Bush and the Republican Party for choosing New York City for their convention to take cynical advantage of the 11 September 2001 World Trade Center attack.