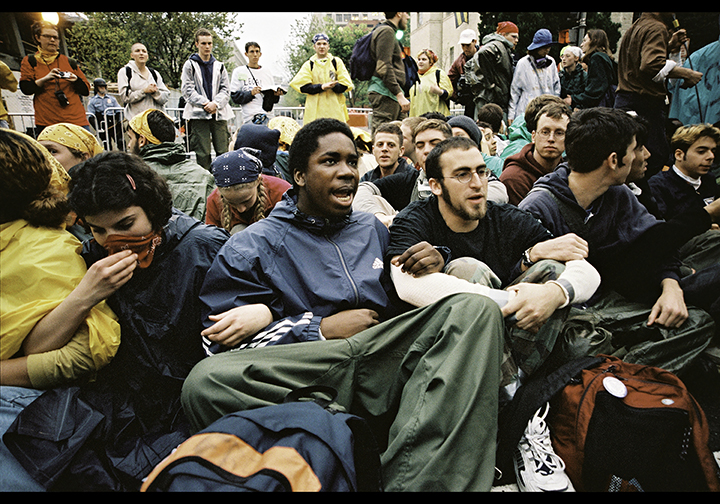 Washington, DC: Blockade during the April 16, 2000 (A16) protests of the World Bank and International Monetary Fund (IMF) in Washington, DC. The World Bank and IMF, two of the most powerful financial institutions in the world, created in 1944, are blamed by people in the Global South and elsewhere for destructive programs that have impoverished millions and caused massive environmental destruction. This was the second U.S. mass-action against corporate globalization following the mass-shutdown of the WTO in Seattle in November 1999.