The backstory of this photograph is after the article. 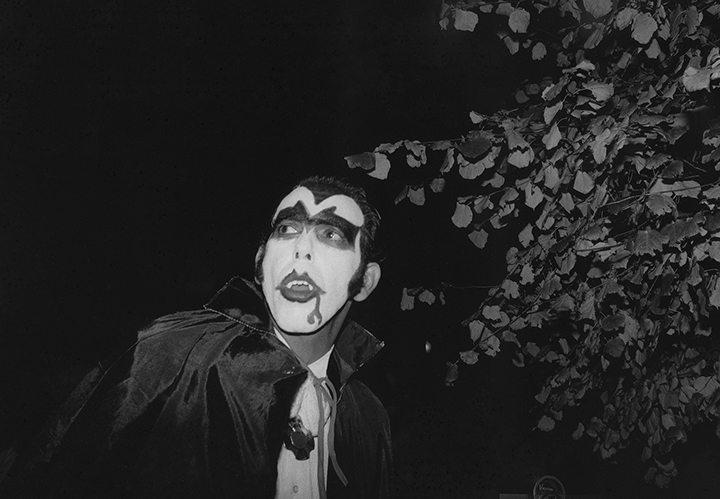 A pagan-rooted holiday with references to Earth; trick-or-treat?

I’ve been curious about how Halloween came about. I started researching this in my spare time a little over a week ago and  found many references. After reading some of the material, it confirmed my belief that so much of what is considered history today is actually a fabrication of reality by whomever controls history at the present time to serve their purposes.

There are many accounts about the roots of Halloween. The information presented here is a synthesis of some of the versions I stumbled onto.

Most people that celebrate Halloween have no idea they are actually celebrating a holiday that that has deep pagan roots. Ancient (and modern) pagans practice earth-centered traditions that celebrate the sacred circle of life and live in harmony with the rhythms of nature.

Note that “Halloween” falls around the mid-point between the fall equinox and the winter solstice in the northern hemisphere.

After reading numerous articles, it appears that the ancient pagans of Ireland referred to this mid-point as the Eve of Samhain. The Scots shared Gaelic ancestry and culture as well as did some inhabitants of England and France.

The traditional, or “pagan,” worldview of the pre-Christian Gaels of Ireland is typically described as animistic, polytheistic, ancestor venerating and focused on the hero cult of archetypal Gaelic warrior. The four seasonal festivals celebrated in the Gaelic calendar, still observed to this day, are Imbolc, Beltane, Lughnasadh and Samhain.

The Eve of Samhain became a Gaelic festival which now is celebrated in popular culture as Halloween.

Traditionally, the Eve of Samhain celebrates the end of the harvest season, and the beginning of winter and the “New Year.”

Experienced as a period when the normally strict boundaries between the worlds of the living and the dead became fluctuating, on the Eve of Samhain, the veil between the two realms was the most transparent, allowing the spirits of those who have died to return to visit earth.

According to the Encyclopaedia Britannica:

“…The souls of the dead were supposed to revisit their homes on this day and the autumnal festival acquired sinister significance, with ghosts, witches, goblins, black cats, fairies and demons of all kinds said to be roaming about. It was the time to placate the supernatural powers controlling the processes of nature. In addition, Halloween was thought to be the most favorable time for divinations concerning marriage, luck, health, and death…”

And in The American Peoples Encyclopedia:

“Cats were held sacred since it was believed that they were once human beings that had been transformed for committing evil.”

In the Old Celtic calendar the new year began on 1 November (Samhain), so that the last evening of October was ‘old-year’s night’, the night of all the witches, which the Catholic Church co-opted into the Eve of All Saints and Samhain itself was changed to All Saints Day.

The backstory of the above photograph: Talented artist and friend, Patrick Brown and I did a lot of art and other stuff together from the 70s through the 80s. We almost went into business together. This Dracula photo was actually part of a documentary we were working on, and commercially we thought were going to make some of the STREET PHOTOGRAPHS taken in St. Louis’ Central West End in 1983 on Halloween night into a calendar –  Dracula was the cover. We certainly had enough strange photos. But the calendar unfortunately never happened. I don’t think we had enough money to put up front and certainly had no backers. We jokingly (?) called our our enterprise “nervous energy arts.”

One Response to “Halloween’s Pagan Roots”