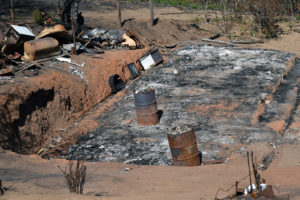 Remnant of a dwelling destryed by wildfires that were the worst in Chile’s history. The fires started in January 2017. It is estimated that eleven people were killed, 1500 houses destroyed, thousands displaced and almost 300,000 hectares acres decimated. Photo: Langelle

My goal in publishing this is to remind people of an historical legacy that began in Chile on 11 September 1973 and continues to this day.

From the start of the new military government harsh measures were implemented. During the period of Pinochet’s rule, various investigations have identified the murder of 1,200 to 3,200 people with up to 80,000 people forcibly interned and as many as 30,000 tortured.According to the Chilean government, the official number of deaths and forced disappearances stands at 3,095.

Under the influence of the free market-oriented neoliberal “Chicago Boys”, the military government implemented economic liberalization, including currency stabilization, removed tariff protections for local industry, banned trade unions and privatized social security and hundreds of state-owned enterprises. These policies produced what has been referred to as the “Miracle of Chile,” but critics state that economic inequality dramatically increased and attribute the devastating effects of the 1982 monetary crisis on the Chilean economy to these policies…

His fortune grew considerably during his years in power through dozens of bank accounts secretly held abroad and a fortune in real estate. He was later prosecuted for embezzlement, tax fraud and for possible commissions levied on arms deals”

Unfortunately the legacy of Pinochet continues. I experienced some of that legacy earlier this year in Chile and published this photo essay, Chile’s 2017 Devastating Fires – The Legacy of Pinochet Continues. 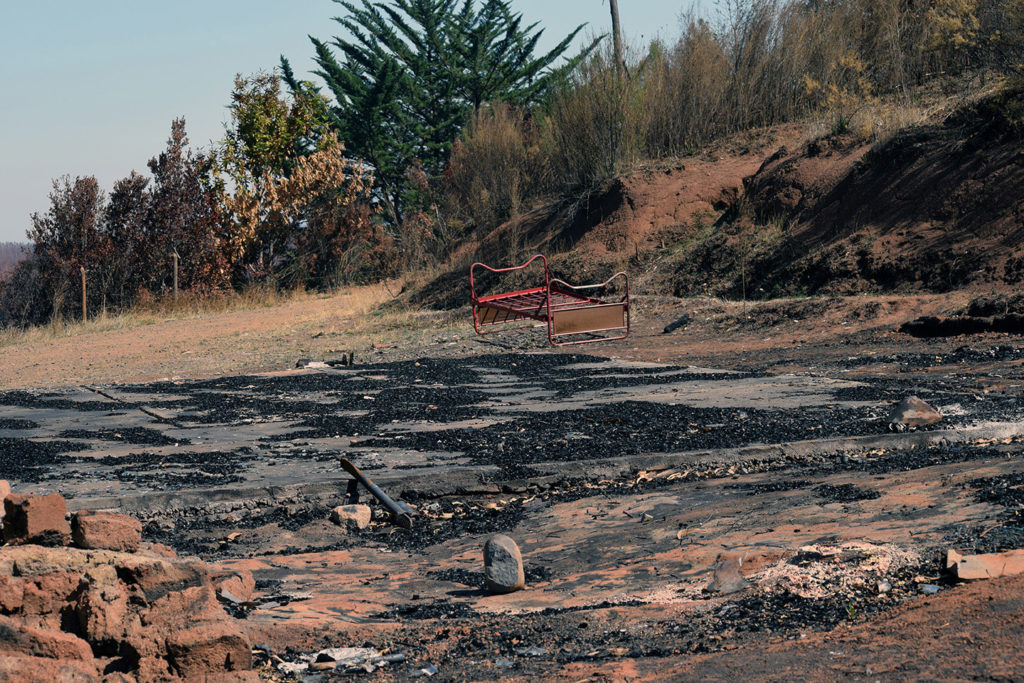