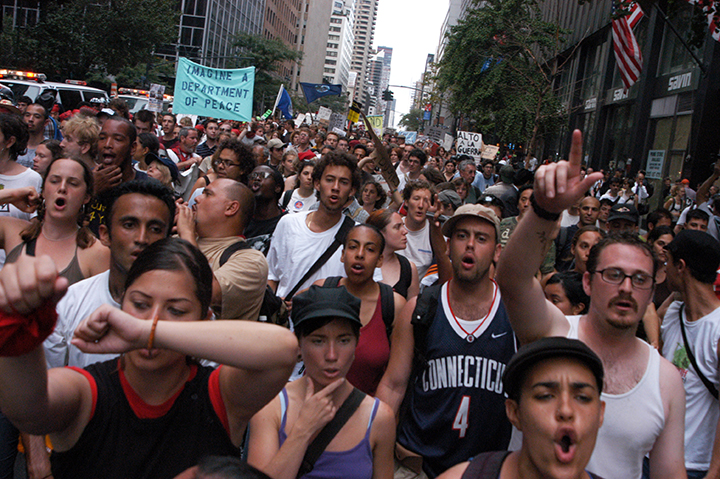 During the 2004 Republican National Convention in New York City, a “non-permitted” illegal march, mostly people of color and the poor, left Dag Hammarskjold Plaza near the United Nations attempting to reach Madison Square Garden’s RNC headquarters. As the long multi-block march approached the RNC, police set up orange snow barriers, narrowing the march, trapping people into a “kettle-like” formation. In the midst of this, a motorcyclist ran into the crowd, knocking people over. He was later identified as a plainclothes policeman. Photo: Langelle

Some of the other sites noted in the the Top 50 include:

These blogs are ranked based on following criteria:

“CONGRATULATIONS to every blogger that has made this Top Photojournalism Blogs list! This is the most comprehensive list of best Photojournalism blogs on the internet and I’m honoured to have you [LANGELLE PHOTOGRAPHY] as part of this! I personally give you a high-five and want to thank you for your contribution to this world.” – Anuj Agarwal <anujagarwal at feedspot.com>