The harsh reality of destruction due to climate change 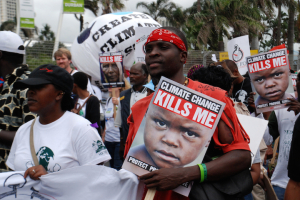 6 September 2017 – Hurricane Irma (CAT 5 – 185 mph) just stormed over the Leeward Islands, a group of islands in the Caribbean Basin. The hurricane’s winds will sweep onto Puerto Rico, Cuba and eventually the U.S.

Hurricane Harvey struck the Texas Gulf Coast on Friday, 25 August 2017. Floodwaters from Hurricane Harvey devastated parts of Texas, Louisiana and elsewhere and many areas are still flooded and it will take months, if not years, before all  of the damage is repaired. Not much is mentioned in the corporate media but flooded areas suffered from sewage overflow, along with chemicals and oil. And no one can predict what the overall damage to the ecosystem will end up being.

And just to make things a bit worse in the U.S. west: As Hurricanes Slam The South, Shocking Images Show The Western US Is Literally On Fire.

We live in an age of constant visual and audio bombardment. Maybe I missed a Trump tweet but how many of us know what climate conditions are happening right now on the rest of the planet? It would be bad for business if we all knew the mess we’re in, not just in one place, or two, or three, but all over the Earth.

Can anyone say, “Climate Change?”

Welcome to the new normal.