Note: Ironically I am posting this on the Langelle Photography web page on May Day minus 1, 2017 in Barcelona, Spain; the city where this exhibit was photographed in 2008 – OL

An Opening Reception was held MAY 5th – 6 to 9 p.m. on First Friday at the ¡Buen Vivir! Gallery for Contemporary Art, 148 Elmwood Avenue, Buffalo. 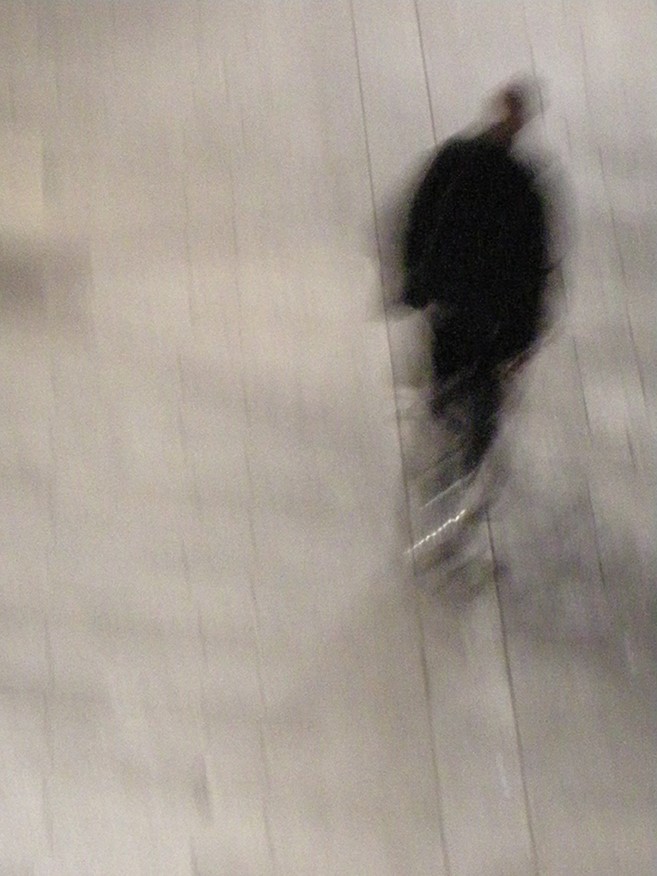 Wine and Hors d’Oeuvres were available

About the exhibit, from photographer Orin Langelle:

“I first exhibited this in Copenhagen, Denmark during the UN Convention on Climate Change in 2009 at the Klimaforum. It can be interpreted in many ways but my original take was on climate change and then others likened it to the fleeting movement of our existence. I’ve been urged by several artists to display the exhibit in Buffalo because they feel, as do I, in the age of Trump, we are in an existential crisis and the concept of humanity is rapidly disappearing.

“I shot the exhibit in Barcelona, Spain in 2008, in two nights while I stood on a balcony ledge photographing the people who passed by on the avenue below.”