We live in troubled times. If one is paying attention times seem to get more and more troubled. Fear. Anxiety. Angst. Alienation. Trumphobia prevails while the Earth is burning. In the U.S. people are talking about getting a Democratic presidential win in 2020. Really? Haven’t the Democrats and Republicans screwed things up enough? Once there was a radical left in the U.S. If there is one now – it must be waiting. Waiting for what? Godot? Without system change, reformist regurgitation of working within the system will hasten the collapse of Earth’s life support systems for most, if not all, living things.

Fear runs through the streets of the U.S. and more and more people are succumbing to this mass psychosis and are turning into political dolts as increasing paranoia and obsession with the elections dull our wits. This has been going on for as long as I remember and will go one forever if people don’t stop listening to those psychopaths that run the gears of the machine and make people work so those same psychopaths can get richer. While the Earth continues to burn.

[A video of William S. Burroughs and his Thanksgiving Day Prayer is at the bottom of this post.] It’s connected to all of this. Everything is connected.

My hat goes off to all those who oppose those psychopaths and attempt to stop the gears of the machine. A machine can’t go on forever.  Wooden shoes were effective once. 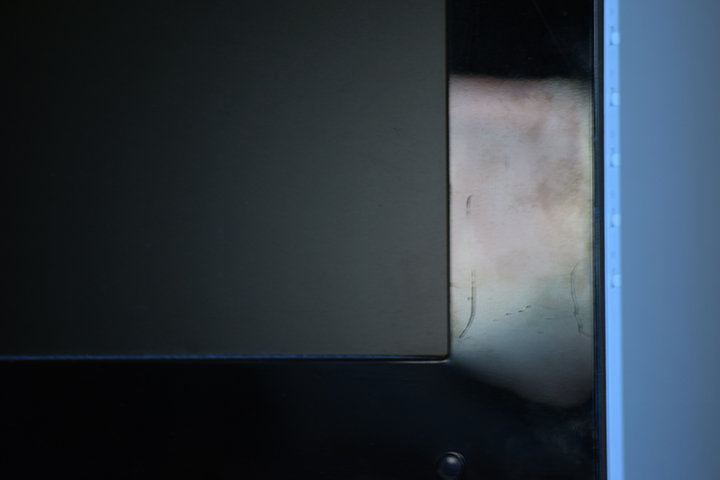 From Existentialism in Modern Art:

The philosophy of Existentialism was an influential undercurrent in art that aimed to explore the role of sensory perception, particularly vision, in the thought process. Existentialism stressed the special character of personal, subjective experience and it insisted on the freedom and autonomy of the individual. Jean-Paul Sartre was Existentialism’s most prominent advocate in the post-war period, and the bohemian circles in which he moved while in Paris included many artists. In this way, figures such as Alberto Giacometti, Jean Dubuffet, Jean Fautrier and Wols became associated with Existentialist philosophy. It also had some impact in the United States, particularly through the writing of art critic Harold Rosenberg. The philosophy was often poorly understood, even by those who called themselves Existentialists. Nevertheless, it shaped discussion of themes such as trauma, anxiety, and alienation; ideas which were pervasive in post-war art.

Existentialism also contributed to discussions of figurative art in the post-war period, shaping responses to the work of Alberto Giacometti and Francis Bacon in particular. This is symptomatic of the popularization of the philosophy, which came to be widely understood as the intellectual expression of anxiety about the fate of humanity in the atomic age.
[NOTE: …now including the fate of the Earth with a lack of both reason and systemic political analysis in the age of extreme climate change. – OL]