The minimum wage in Denmark is about twice that of the United States, and people who are totally out of the labor market or unable to care for themselves have a basic income guarantee of about $100 per day.Bernie Sanders

The end of labor is to gain leisure.   –  Aristotle 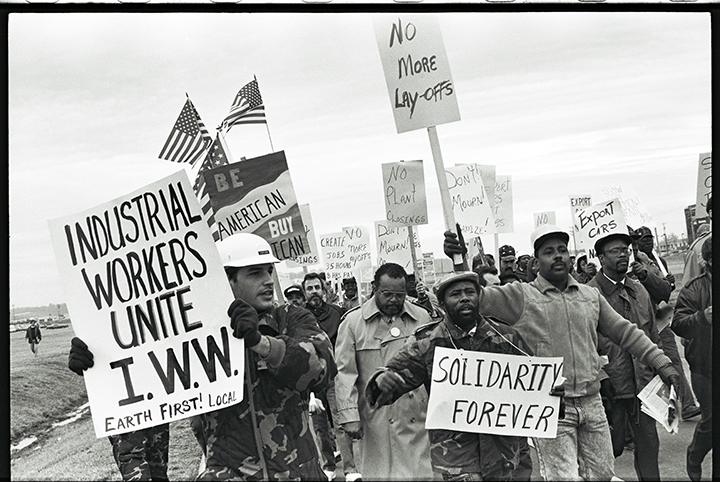 Earth First! and the Industrial Workers of the World ( IWW) join autoworkers in a Fenton, MO protest against Chrysler (photo: Langelle 1989)

In Canada and the United States, Labour Day is celebrated on the first Monday of September and considered the unofficial end of summer, with summer vacations ending and students returning to school around then.