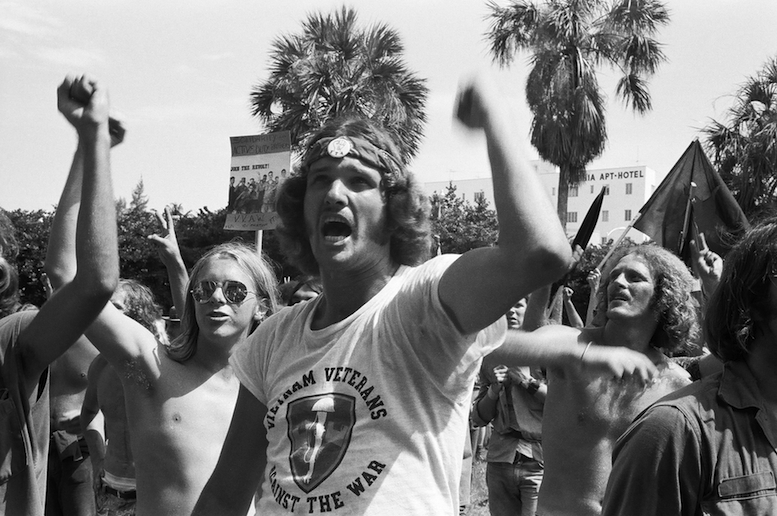 During the 1972 Republican National Convention in Miami Beach, FL, members of Vietnam Veterans Against the War (VVAW) show their outrage as they protest the lives lost (both US and Vietnamese) in the Vietnam War. Both VVAW members and thousands of anti-war demonstrators massed at the convention to show their opposition to the war. Photo: Langelle

The Opening Reception for If Voting Changed Things will take place at the ¡Buen Vivir! Gallery for Contemporary Art in Allentown in Buffalo on First Friday, October 7 from 6-9 p.m.

Wine and hors d’oeuvres will be available.

Additionally, Langelle will give an artist’s talk at the gallery on First Friday, November 4 at 7 p.m. – just days before the presidential election.

The exhibit’s Closing Reception takes place on First Friday, December 2 from 6-9 p.m. The gallery is located at 148 Elmwood Avenue in Buffalo.

This event is free and open to the public.