“The concerned photographer finds much in the present unacceptable which he tries to alter. Our goal is simply to let the world also know why it is unacceptable”– Cornell Capa (1918-2008) 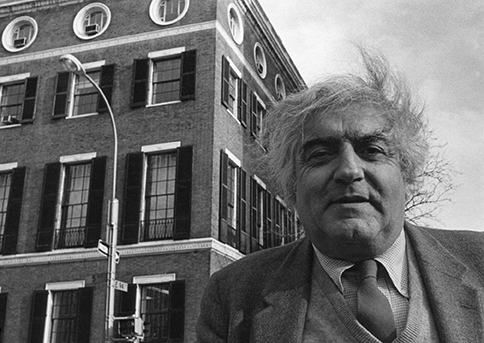 Cornell Capa chose the phrase “concerned photographer” to describe those photographers who demonstrated in their work a humanitarian impulse to use photographs to educate and change the world, not just to record it.

Cornell Capa was the Director of the International Center of Photography in New York City where I studied with him in the late 1970’s.  His brother, Robert, was a photojournalist who risked his life to show the horrors of war.  In 1954 Robert Capa stepped on a land mine and the horror of war took his life in Indochina.  Prior to his death, Robert along with Henri Cartier-Bresson and others, started the famed agency Magnum Photos.

The point of the Langelle Photography project is to place my photographs into the context of social struggle—the struggle for societal transformation toward justice, equity and ecological balance.

I approach my role as concerned photographer by not merely documenting the struggle for social and ecological justice, but by being an active part of it. This has enabled me to garner the trust of many of the subjects I have documented, allowing me access that would not have been possible otherwise. In this way, I have been able to expose the truth that is so often hidden by the powers of injustice.

My work is an historical look at social movements, struggle and everyday life.  It is designed to counter the societal amnesia from which we collectively suffer—especially with regard to the history of social and ecological struggles. This is not merely a chronicling of history, but a call out to inspire new generations to participate in the making of a new history.  For there has been no time when such a call has been so badly needed.

Langelle’s Photography Statement:  “I attempt to capture, what noted photographer Henri Cartier-Bresson describes as ‘the decisive moment.’ To me this decisive moment is the instant a visual image is recorded—when light, composition and the subject unite.  As a concerned photographer, my goal is not just to document and expose the harsh reality of injustice—much of which is linked with the struggle for the land—but to inspire viewers to participate in changing the world, while helping empower those striving for justice because they know that photographs of their struggle are revealed to a larger audience.”

In 2011 Langelle traveled to Amador Hernandez, an Indigenous community deep in the Lacandon Jungle of Chiapas, Mexico. He was invited by the community to interview and document residents due to the imminent threat of forced relocation the community was facing. The Mexican military was going to move in within four days after his arrival. They did not. Due to the community’s resistance, supported by the presence of Langelle and other activists, along with the subsequent international publication of his photos, video and interviews, Amador Hernandez was not relocated and the people continue to live on their land.

This success demonstrates the power of photojournalism to make significant contributions to struggles for justice. In 2012, the following year, Langelle Photography was founded to carry this model forward.

For more about concerned photography and the Magnum Photo Agency–including a collection of their outstanding images, take a look at In Our Time: The World as Seen by Magnum Photographers.

“The journalistic photographer can have no other than a personal approach; and it is impossible for him to be completely objective. Honest—yes. Objective—no.”

“Washing one’s hands of the conflict between the powerful and the powerless means to side with the powerful, not to be neutral.”

“The Rich have their own photographers. I photograph the forgotten ones.”