Remember folks – things always don’t work out as corporations try and lead the masses into submission. Monsanto for the Earth? Come on, really? Not everyone got fooled.  – Orin Langelle 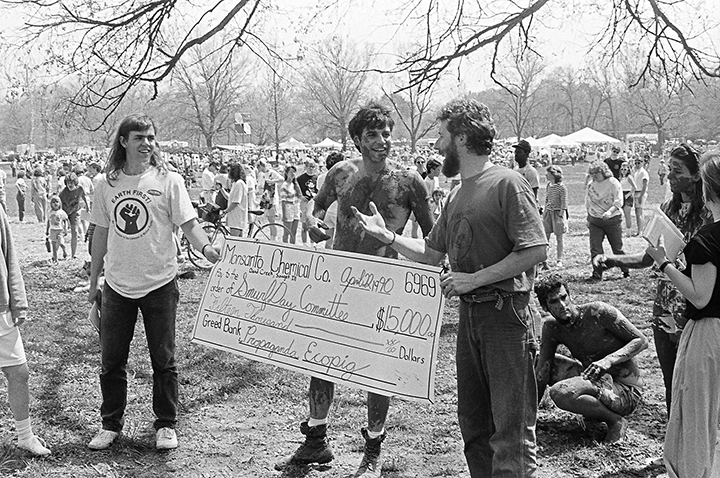 Earth First! and “Mud People” present a check to the 1990 Earth Day Committee in St. Louis, Missouri. Monsanto was the main sponsor. 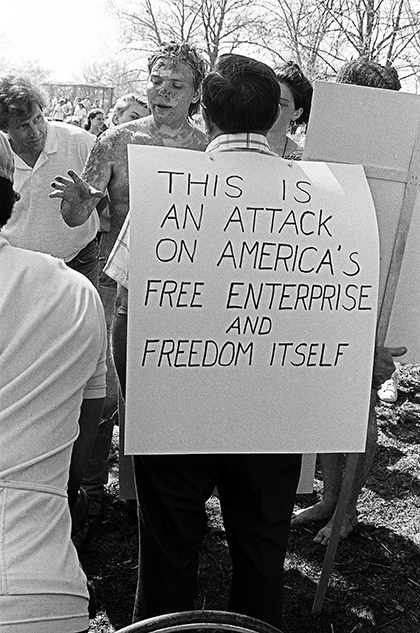