Orin Langelle: I’ve known David for a couple or so decades; in fact he came and played at Anne Petermann’s and my wedding in 2002. One song was “Kiss behind the Barricades.” David and I have been around many campfires together and have shared a few bottles of wine. We’ve been at World Bank protests in DC, G8 protests in Germany and probably a few more…

If you haven’t seen and listen to David’s music before, please come because you’re in for a treat. And if you’ve seen David perform you’ll likely be back again. 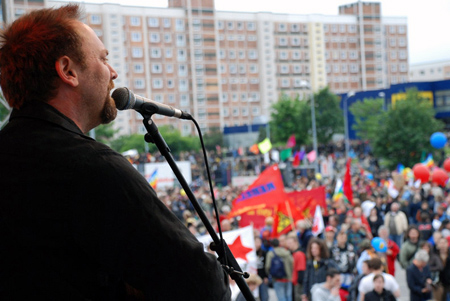 David sings to the crowd right before the first protest march. At the end of the march police used water cannons to spray the crowd with water mixed with tear gas. Photo: Langelle

Here are a couple of photos (one is of David and the other…) from 2007 in Rostock, Germany where protests occurred during the G8 meetings.

The G8 leaders of the world’s richest countries held their summit behind a 12 km fence topped with razor and barbed wire with their only access into meetings either by helicopter or boat as over ten thousand protesters blockaded all main roads and train tracks into Heiligendamm.

David is not in the photo below: 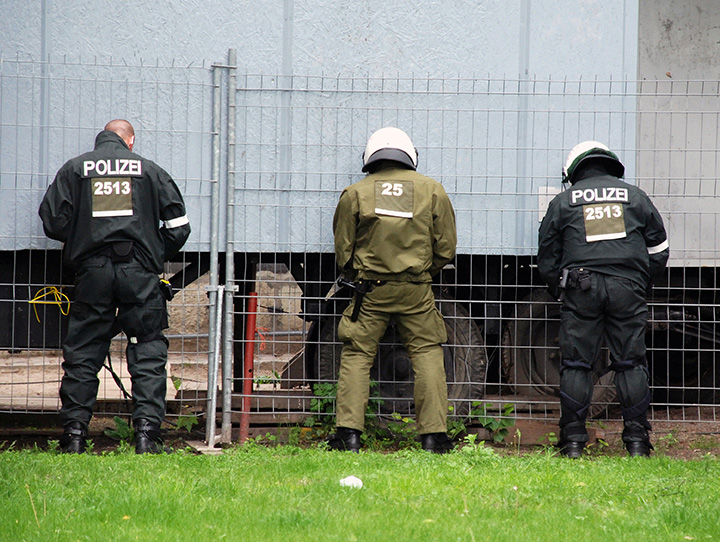 Police relieve themselves in public during demonstrations in Rostock, Germany after a hard afternoon of chasing people during the first protest against a meeting of the G8–the world’s eight richest nations–in nearby Heiligendamm. Photo: Langelle