NOTE: Global Justice Ecology Project is the fiscal sponsor of Langelle Photography and the ¡Buen Vivir! Gallery. Anne Petermann and I were the co-founders of GJEP in 2003 and I was Co-director and Strategist until 2012. I am on the GJEP Board. Anne remains the Executive Director while I direct Langelle Photography and the ¡Buen Vivir! Gallery. All contributions and support are greatly appreciated. – Orin Langelle

The UN Climate Talks in Paris are being hyped as the place where the deal will be signed that will finally begin to address climate change. But social movements, Indigenous Peoples, activists, organizations and front line communities from around the world denounce the talks as hijacked.

These groups argue that the very corporations that are polluting the planet and driving the climate crisis are the ones controlling the agenda. And they accuse world leaders of using the talks to “escape responsibility” by avoiding real commitments.

At the same time, authorities in Paris have outlawed any protests or marches.

Undeterred, groups have come to the talks from every corner of the globe to demand REAL action, not fake pledges. GJEP is working hard to support these activists and movements who are on the front lines of the climate crisis.

We are helping project their messages and demands into the media and out to the public, because we need to hear from the people who will be most impacted by the outcomes of these talks, not corporate and government mouthpieces.

And we are also putting out our own position. We have a chapter in the about-to-be-released booklet Paths Beyond Paris, that deals with finding and promoting real solutions to the climate crisis.

YOU can help us help them make a difference

Please send a donation today on “Giving Tuesday” to help us amplify the messages of these front line activists and communities.

In addition, your donation will support our programs to:
* Protect forests, stop genetically engineered trees, and defend the rights of forest dependent communities and Indigenous Peoples;
* Use art, photography and media to uplift the history of social and ecological movements and issues, and to inspire new generations to participate in the making of a better world. 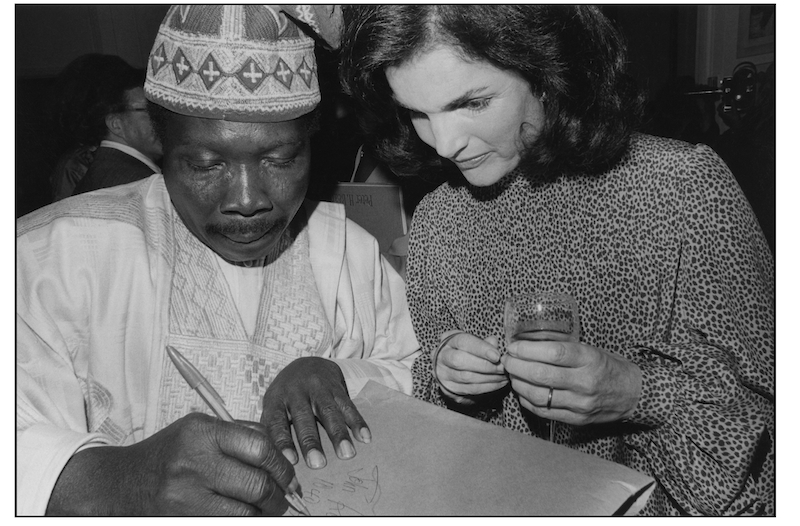 Our ¡Buen Vivir! Gallery, located in Buffalo’s historic Allentown arts district, uses the power of photography and art to highlight the powerful history of social and ecological movements and issues, and to inspire new generations to participate in the making of a better world.

On October 9th, our ¡Buen Vivir! Gallery opened its newest exhibit The End of the Game: The Last Word from Paradise-Revisited to celebrate the gallery’s one-year anniversary, and the 50th anniversary of the publication of artist Peter Beard’s book, The End of the Game, that documented the devastating impacts of Western conservation models in Africa. A model that displaced indigenous peoples from their lands, banned traditional hunting and led to elephant overpopulation and a mass die-off.

At the UN Climate talks in Paris, which opened yesterday, the same tragic pattern of forcing Indigenous Peoples off of their lands in the name of “conservation” is about to be repeated, but we are amplifying the cries against it.

You can view this exhibit at our gallery at 148 Elmwood Avenue in Buffalo, or online at BuenVivirGallery.org. The closing reception is on Dec 17 from 6-9pm at our Solstice Party – which we hope you will attend!

In addition, our exhibit from last July, Free Speech – Earth Liberation Front Press Office April 5, 2001: Communications Equipment Seized by FBI Released 14 Years Later (Returned Objects: A Multimedia Art Installation) is now online. We recently went live with this exhibit on free speech vs. state repression. You can view that exhibit and all of our exhibits at our ¡Buen Vivir! Gallery website.

Please send a donation to support this unique work to promote social change through art and photography. 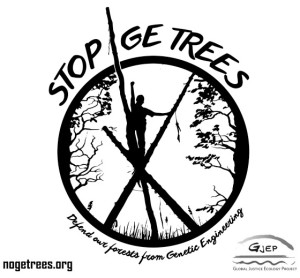 In the last twelve months of organizing to stop GE trees, there have been major shifts in the status of these destructive trees – in the US, in Brazil and in New Zealand. It has been quite a roller coaster.

In September we organized a Southeast GE Trees Action Training Camp that ended with an action at the World Headquarters of GE tree company ArborGen. I was arrested at this action along with our GE Trees Campaigner Ruddy Turnstone. We were attempting to deliver a symbolic petition representing the 269,000 people who rejected GE trees to ArborGen’s CEO.

After our action, a local paper quoted ArborGen claiming they have “no plans” to offer GE tree products. But do they really? Or is this just a new public relations scheme?

Either way, the fact ArborGen is now publicly distancing themselves from their ongoing GE trees research and development means we and our allies are having a major impact on them.

You can join us in the fight to stop genetically engineered trees by sending a donation today.

Thanks for sending a gift on #Giving Tuesday!