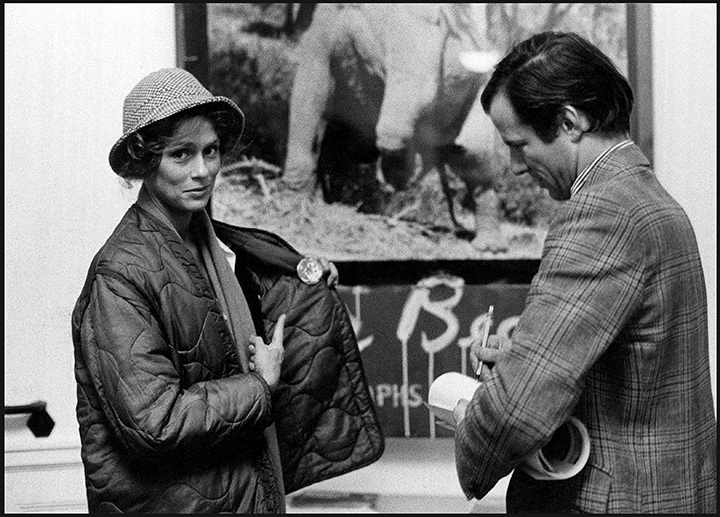 The current show at ¡Buen Vivir! gallery commemorates the fiftieth anniversary of the publication of celebrity photographer and visual artist and environmentalist Peter Beard’s art book exposé on the mass destruction of African elephant herds and other wildlife. The book, entitled The End of the Game-—The Last Word from Paradise, is being reprinted this year in an anniversary edition by the publisher Taschen. The exhibit is titled The End of the Game—The Last Word from Paradise, Revisited. The exhibit consists of photos by Orin Langelle and photos and artwork and writing by Beard. Several copies of the reprint edition of the book are available for inspection, and some of his mad scramble of words and pictures artworks. Wall copy text explains how, beginning in the 1960s, working at Kenya’s Tsavo East National Park, Beard photographed and documented the demise of more than 35,000 elephants and 5,000 Black Rhinos.