The End of the Game – The Last Word from Paradise, Revisited 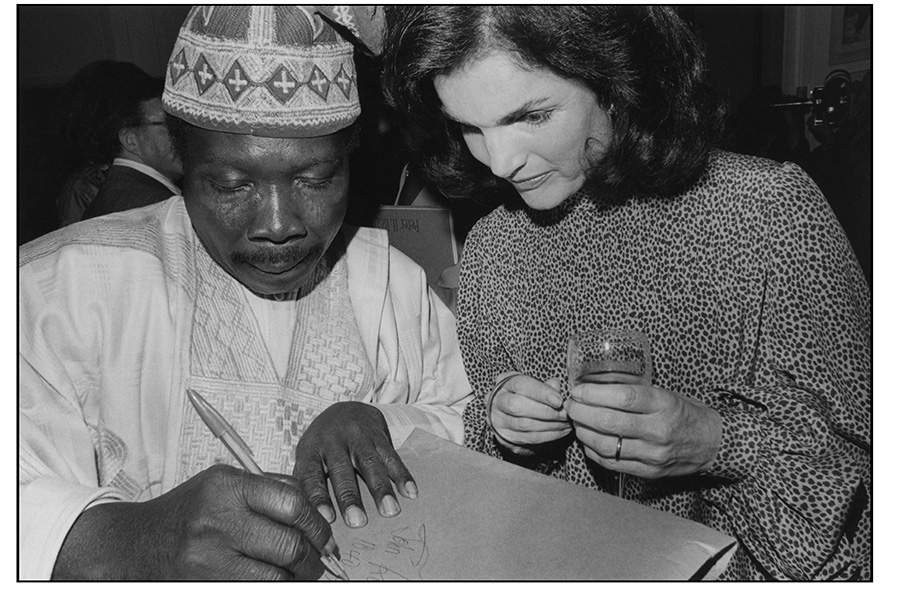 With the support of the Peter Beard Studio in Manhattan, the ¡Buen Vivir! Gallery presents this exhibition to commemorate the 50th anniversary of Beard’s book, The End of the Game – The Last Word from Paradise.

Beard spent many years in Africa documenting the impact of Western civilization on elephants, other wildlife and the people who lived there.

In 1977 Beard had the first one-person show at Manhattan’s International Center of Photography, The End of the Game – The Last Word from Paradise. Over four months Orin Langelle photographed Beard and the people, many celebrities (including Jackie Kennedy Onassis, Andy Warhol, Truman Capote), that were part of Beard’s life prior to and during the exhibit’s installation and the subsequent opening, plus Beard’s 40th birthday party at Studio 54 in January of 1978.

In the early 60s Beard worked at Kenya’s Tsavo National Park, during which time he photographed and documented (illegally) the demise of over 35,000 elephants and 5,000 Black Rhinos. Beard’s work and commentary shed light onto what happens when ecosystems are disrupted, indigenous hunters who are in balance with nature pushed off their lands, and the encroachment of western civilization. That was fifty years ago.

Langelle’s work at the International Center of Photography gave him a rare insight into Beard, whose controversial views on ecology then, are just as relevant today. The upcoming UN Climate Summit in Paris, for example, will discuss enacting similar damaging models of conservation directed at Indigenous Peoples’ lands.

The 50th Anniversary edition of Beard’s The End of the Game is scheduled to be released this month. The ¡Buen Vivir! Gallery has advance copies to view.