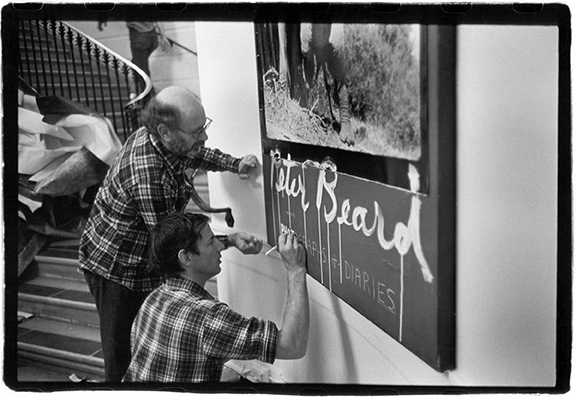 Buffalo, NY (October 22, 2015)–Allentown’s ¡Buen Vivir! Gallery will host a First Friday Reception on November 6th celebrating the 50th Anniversary of Peter Beard’s book, The End of the Game, and the release of the 50th Anniversary Edition of that book. [1] The exhibit features photos by Orin Langelle from 1977 and 1978, when he documented Beard over four months in Manhattan as Beard assembled the first one-person show at the International Center of Photography – also called The End of the Game.

“Peter Beard’s work in Kenya was groundbreaking,” Orin Langelle, photographer and Director of the ¡Buen Vivir! Gallery, said. “Beard observed and recorded, first hand, that the model of elephant conservation started in Kenya in the early 1960s was in fact driving tens of thousands of the animals to starvation as they were rounded up into a ‘protected’ park and the indigenous hunters outlawed.”

Peter Beard, artist and photographer emphasized, “For centuries these bow hunters lived, and lived well, among the elephants and rhinos.” Beard explained, “A natural order was established – coexistence – symbiosis! They all were surviving nicely, in balance until the white man came along to save them. The whites staked out protective boundaries, arrested the hunter-gathers and upset the balance. Concentrated populations of reproducing pachyderms overpopulated and overate their food supply. Disaster was then at hand.”

Although Beard extensively documented his observations with photographs of the demise of over 35,000 elephants, his perspective on ecological balance was considered extremely controversial among the elite ‘conservation’ community, Langelle said.

According to Anne Petermann, Executive Director of Global Justice Ecology Project (which houses the ¡Buen Vivir! Gallery), Beard’s controversial views on ecology then are just as relevant today as the world prepares for the upcoming UN Climate Conference in Paris, France at the end of November.

“A similar model of ‘conservation’ is being developed at the UN that would use forests as carbon offsets to allow big polluters to keep polluting,” Petermann said. “Indigenous peoples and local communities that historically maintained those forests would be evicted in order to protect the carbon stored in those forests. Ecological balance will be disrupted.”

Referring to Kenya, Beard added, “The Indigenous peoples were the Ecology.”

Petermann summarized, “Organizations, indigenous peoples, social movements and others are already condemning the Paris climate summit as the place where climate-destabilizing business as usual will be enabled and empowered through false solutions like these forest carbon offset schemes. Peter Beard exposed that this type of Western ‘human exclusion’ style conservation disturbs the balance of the land – and in Kenya led to the tragedy of the mass-starvation of elephants. In Paris it will lead to climate catastrophe.”

The First Friday Reception for the exhibit will be held on Friday, November 6th, from 6-9 p.m. at the ¡Buen Vivir! Gallery located at 148 Elmwood Avenue in Buffalo’s Allentown district. The exhibit includes advance copies of the new 50th Anniversary edition of The End of the Game.

Free and Open to the Public. Wine, hors d’oeuvres and other refreshments will be served.

[1] With the support of the Peter Beard Studio, ¡Buen Vivir! Gallery presents this exhibition to commemorate the 50th anniversary of Beard’s book, The End of the Game – The Last Word from Paradise. The book, soon to be released, can be ordered from Taschen. Beard maintains residences in both New York City and Kenya. 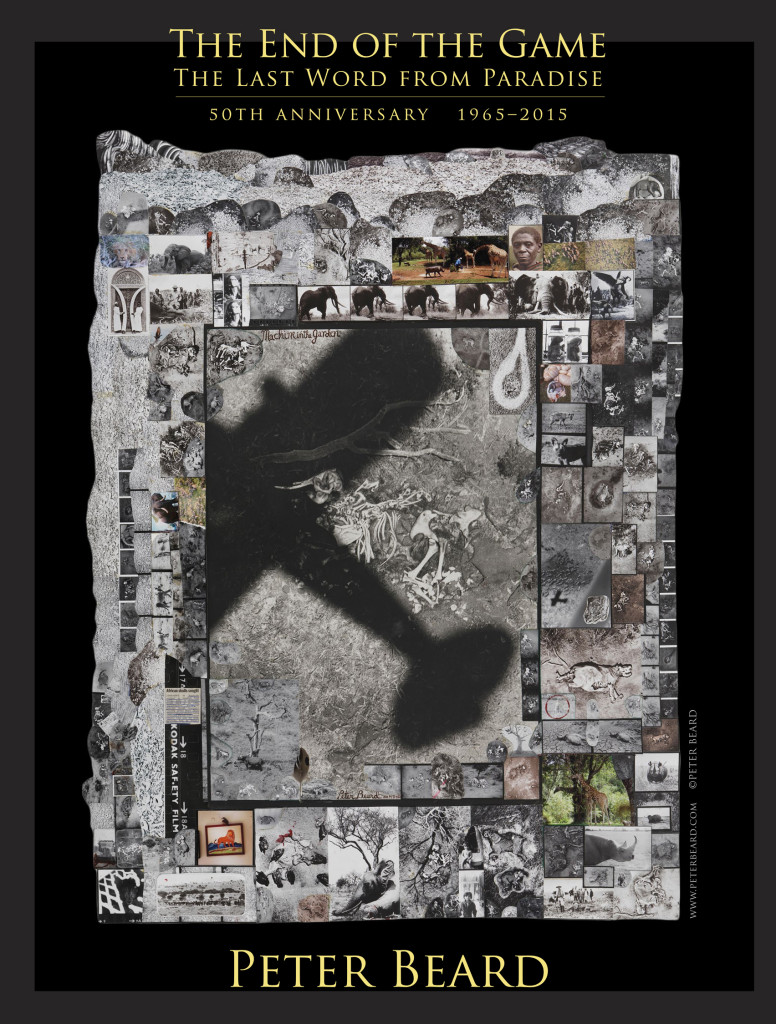