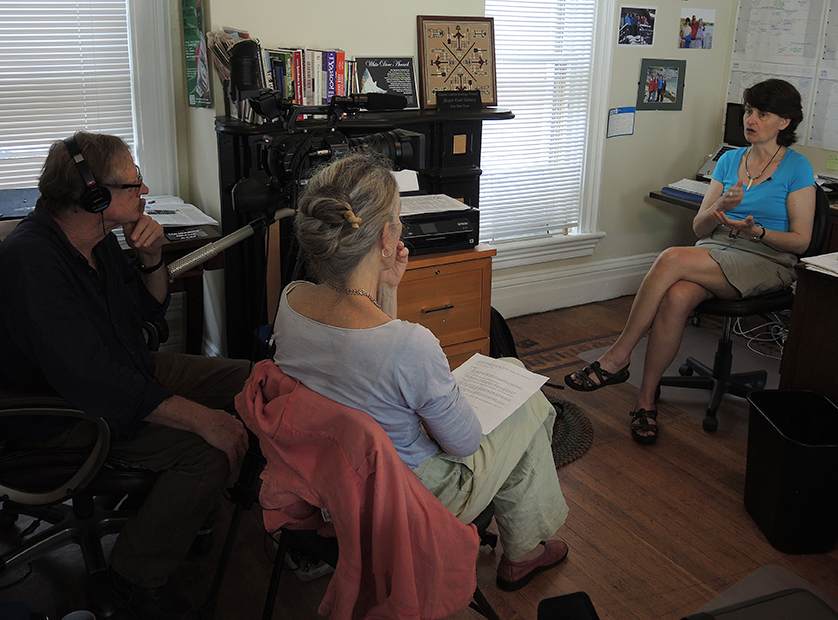 Petermann described in depth many of the social and ecological threats posed by genetically engineered trees, and how the drive to manufacture supposedly “renewable” energy from trees is pushing this technology.  This was the first of the interviews the filmmakers plan to conduct with experts on wood-based bioenergy and its impacts.