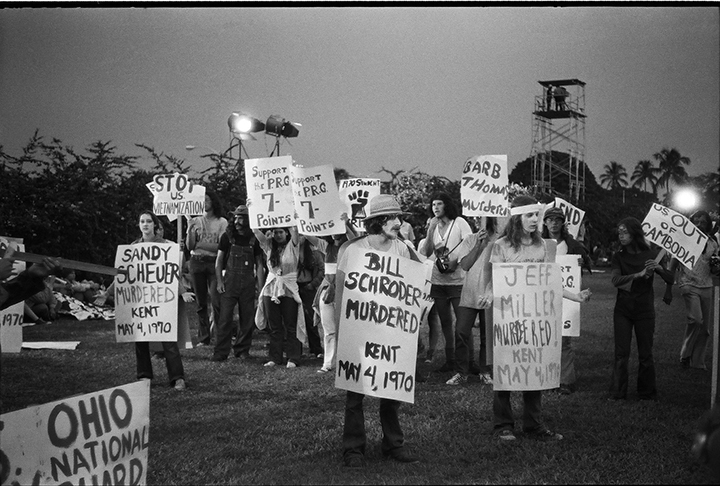 Today is the 45th anniversary of the Kent State Massacre, when the Ohio National Guard killed 4 students during a protest against the war in Vietnam and the invasion of Cambodia. We should never forget. I know I will not.

Today, once again we see the National Guard in our streets, called into action to quell protests.  It is therefore even more important that we remember the results this had in the past.

Jerry M. Lewis and Thomas R. Hensley wrote  in a paper “THE MAY 4 SHOOTINGS AT KENT STATE UNIVERSITY: THE SEARCH  FOR HISTORICAL ACCURACY” [1] :