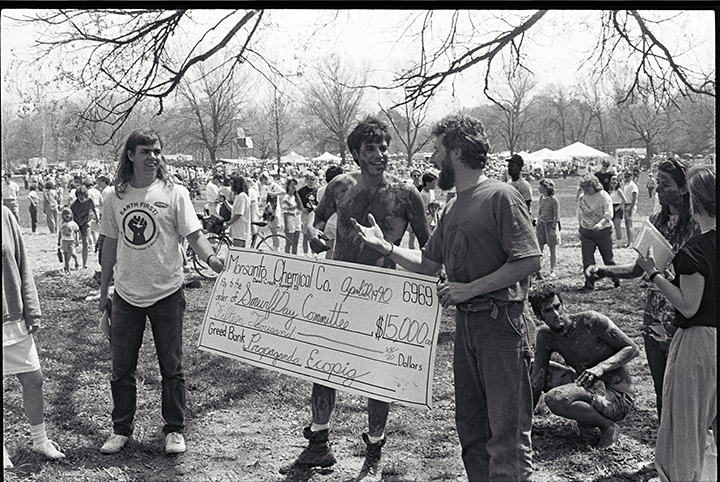 Earth First! and “Mud People” present a check to the 1990 Earth Day (Smurf Day) Committee in St. Louis, Missouri. Monsanto was the main sponsor of the event.

The action was the feature evening news story on a major television network affiliate in St. Louis with a reporter attempting to interview a mud person. An Earth First! “translator” fielded the reporter’s questions in English and then translated to the mud person in mud language; the mud person responded in mud language and then the Earth First! translator gave the answer to the reporter.

The above photo is part of Orin Langelle’s exhibit Struggles for Justice: Forests, Land and Human Rights  – Late 80s to Late 90s at Buffalo’s ¡Buen Vivir! Gallery in Buffalo, NY. The exhibit runs through 19 June 2015.