Several of my photos are being used in a social media campaign in preparation for an Emergency Day of Action at Brazilian Embassies and Consulates in cities across the globe scheduled for Tuesday 3 March in opposition to genetically engineered (GE) or GMO trees. 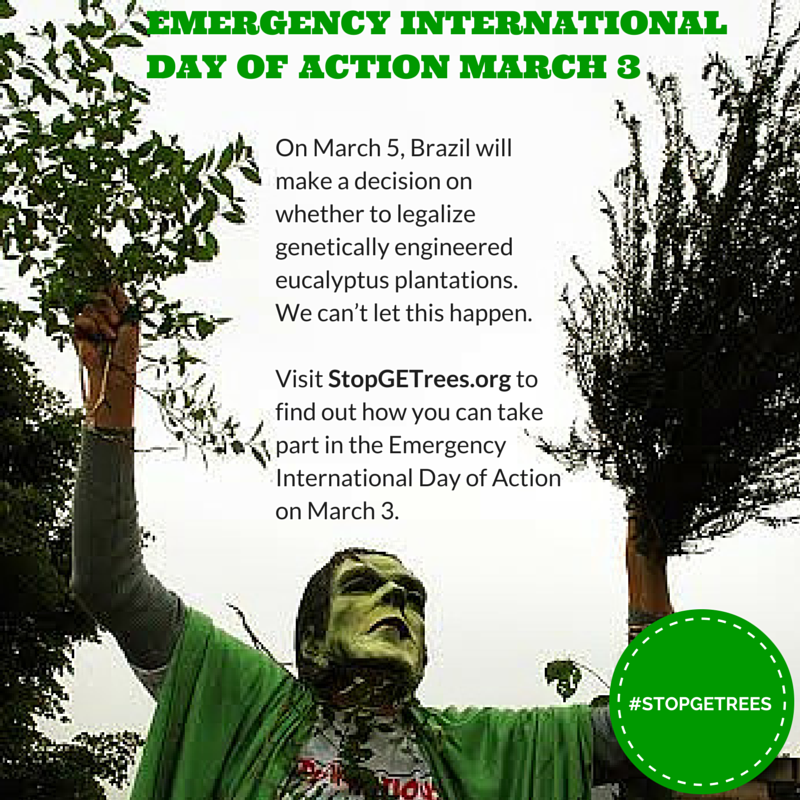 The Emergency Global Day of Action was called last week by the international Campaign to STOP Genetically Engineered Trees in response to an announcement that the Brazilian National Biosafety Commission (CTNBio) would be consider an industry request to legalize GE eucalyptus plantations at a meeting in Brasilia on Thursday 5 March. 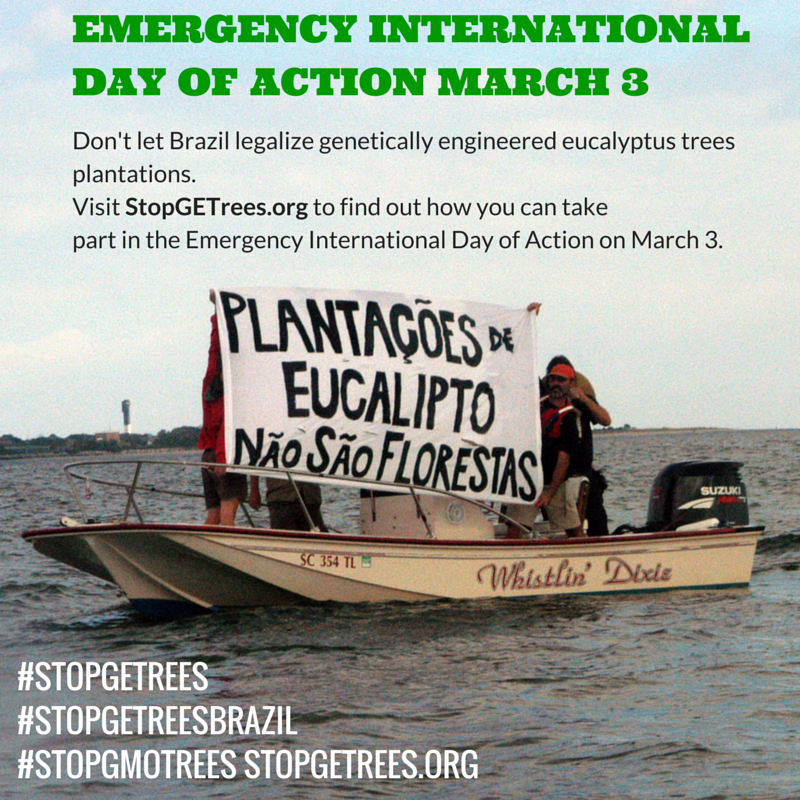 The actions will take place in solidarity with social movements and organizations in Brazil that oppose the commercialization of GE trees and are expected to rally outside of the Brasilia meeting on Thursday.

Last fall when CTNBio held a public hearing on FuturaGene’s request, organizations around Latin America and the world signed letters of protest, which were delivered to CTNBio by La Via Campesina and the MST (Brazil Landless Workers’ Movement).