Woman holding photo of baby whose condition is blamed on the dumping of agrotoxins is is shown during a rally in Asunción, Paraguay, 3 December 2014.   PhotoLangelle.org 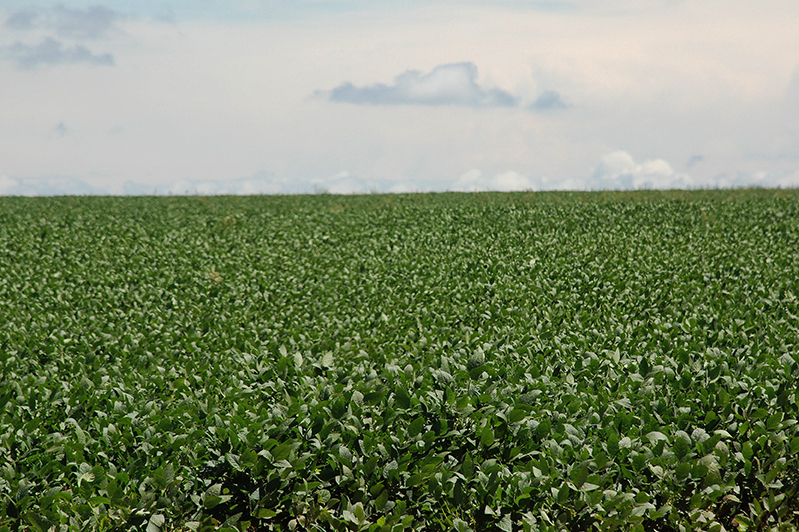 Soy – as far as the eye can see.   PhotoLangelle.org 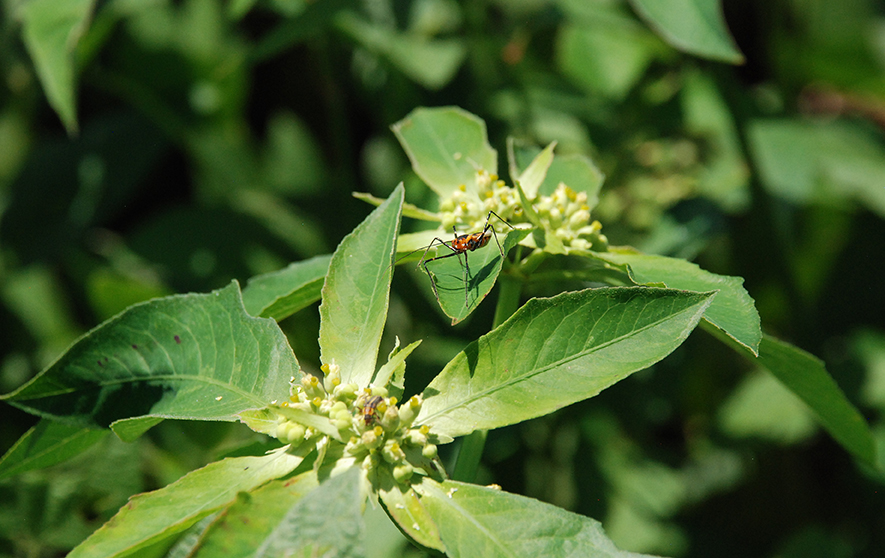 To combat “pests” on the soy crop, there are annual discharges of almost 27 million liters and 2.3 million kilograms of pesticides, figures that are growing as the land sown with GM soy increases.  PhotoLangelle.org 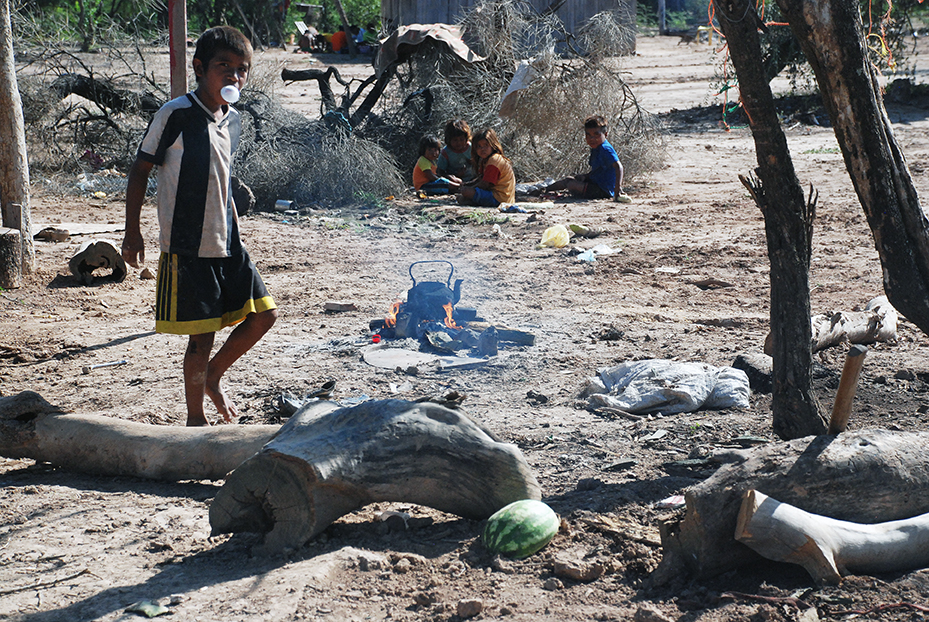 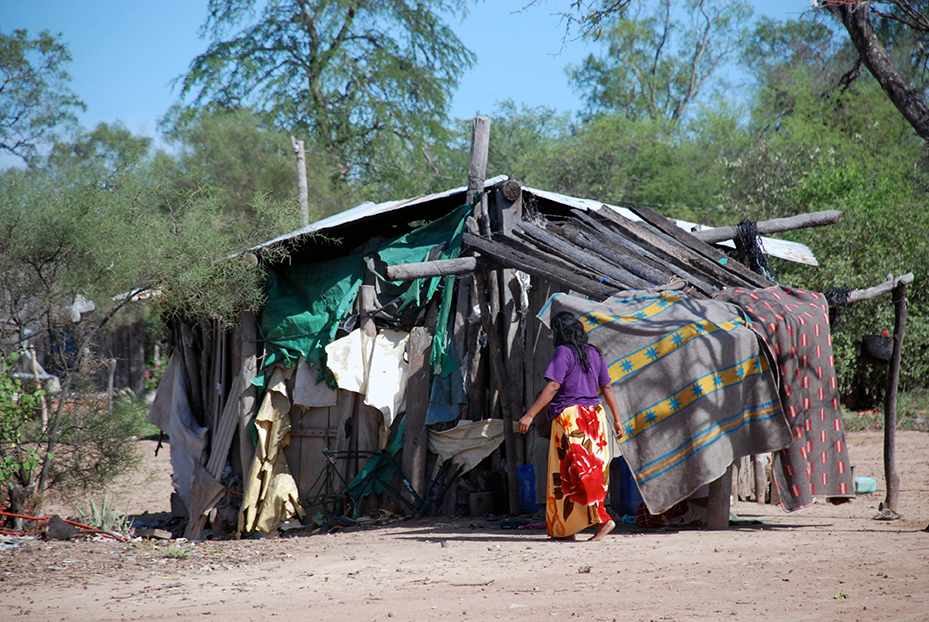 An Ayoreo woman walks to her shelter in Campo Lorro.   PhotoLangelle.org

Ñamoseke Monsanto is an Urban Farmers Organization that helps coordinate the movement against Monsanto.   PhotoLangelle.org 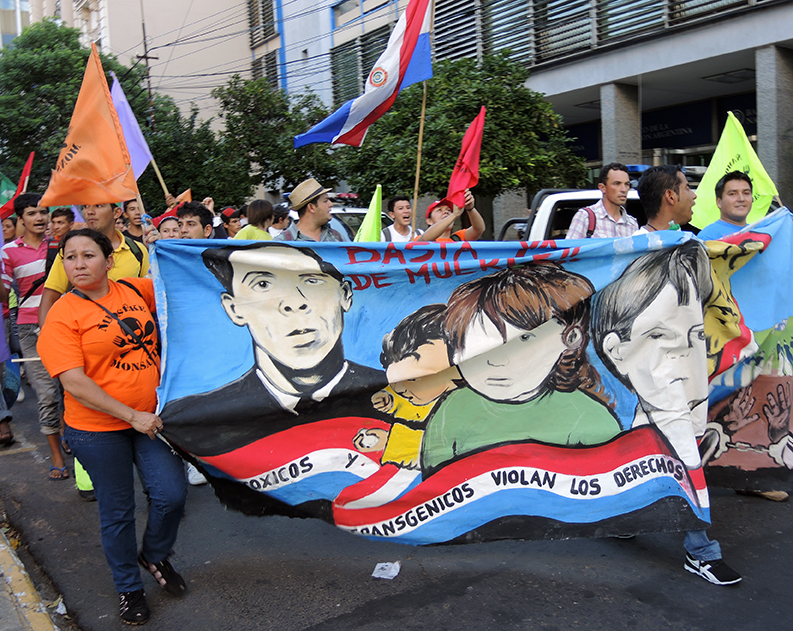 Leading the march to the Pantheon of Heroes.   PhotoLangelle.org 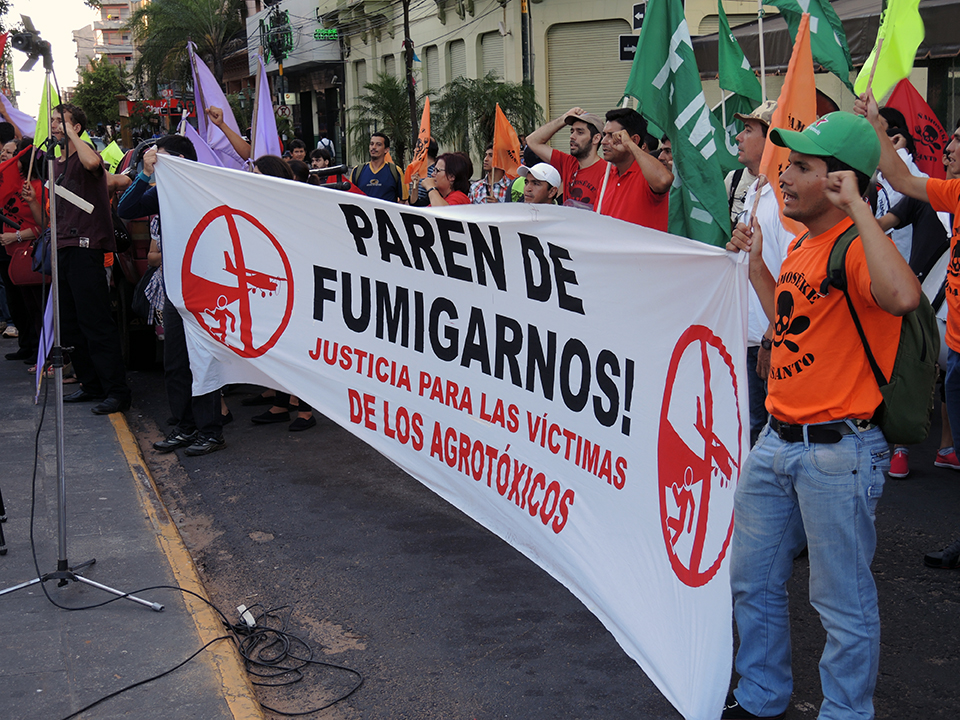 “Stop Fumigating Us. Justice for the Victims of the Pesticides.”   PhotoLangelle.org 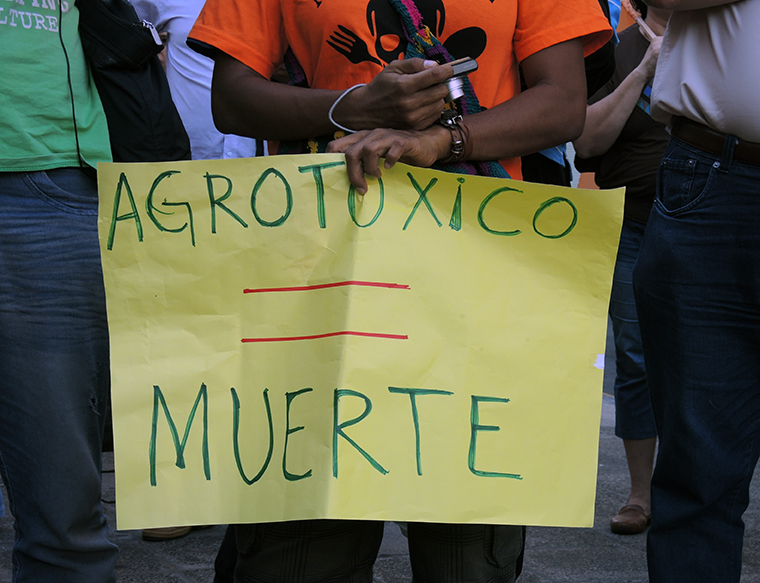 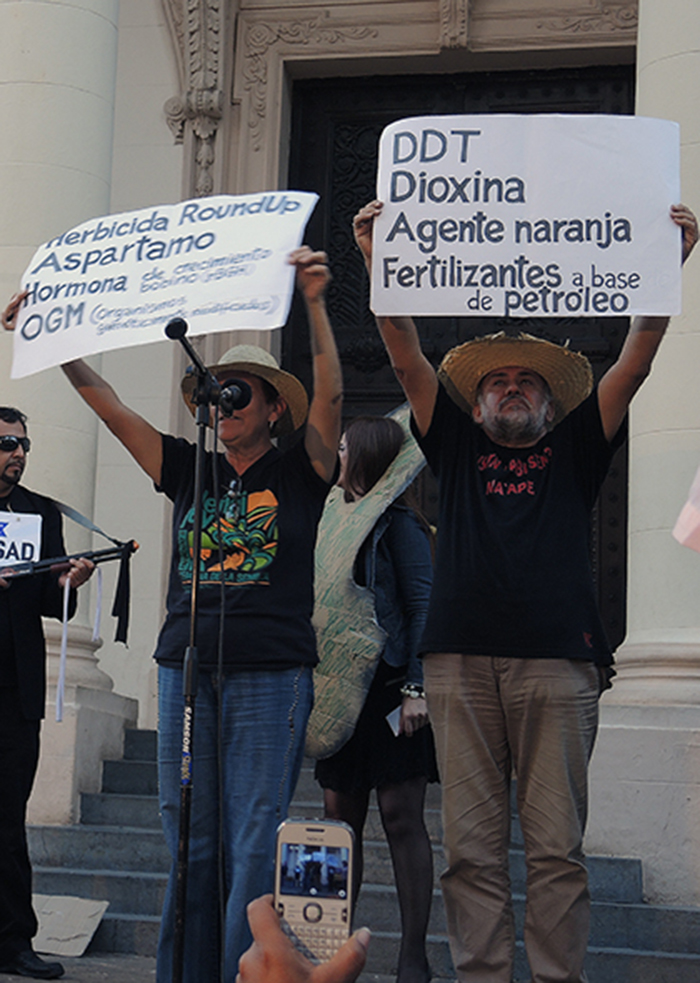 Some of the chemicals that the protesters at the rally clam Monsanto is responsible for include RoundUp, DDT, Dioxin and Agent Orange.   PhotoLangelle.org 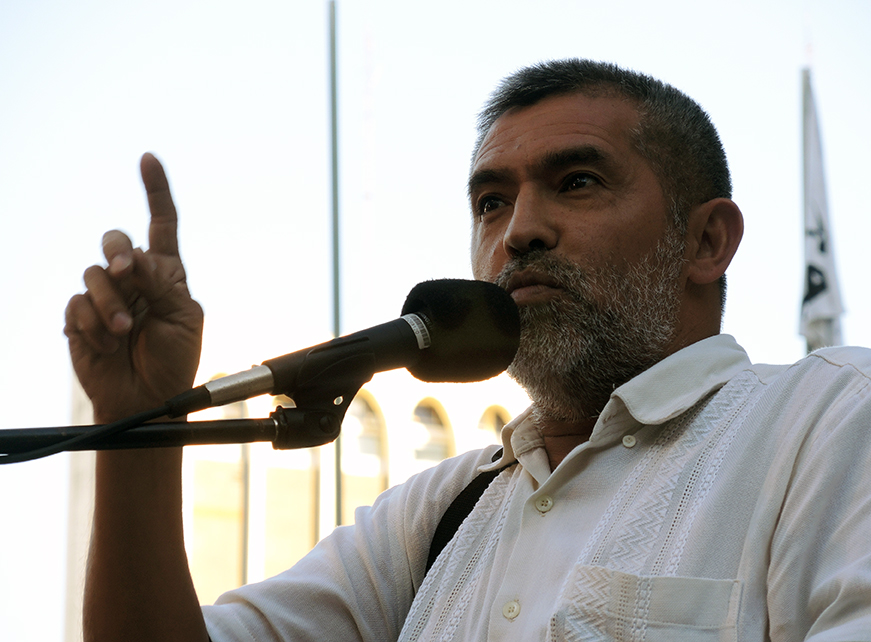 A spokesperson for the Federación Nacional Campesina (FNC) speaks at the rally.   PhotoLangelle.org 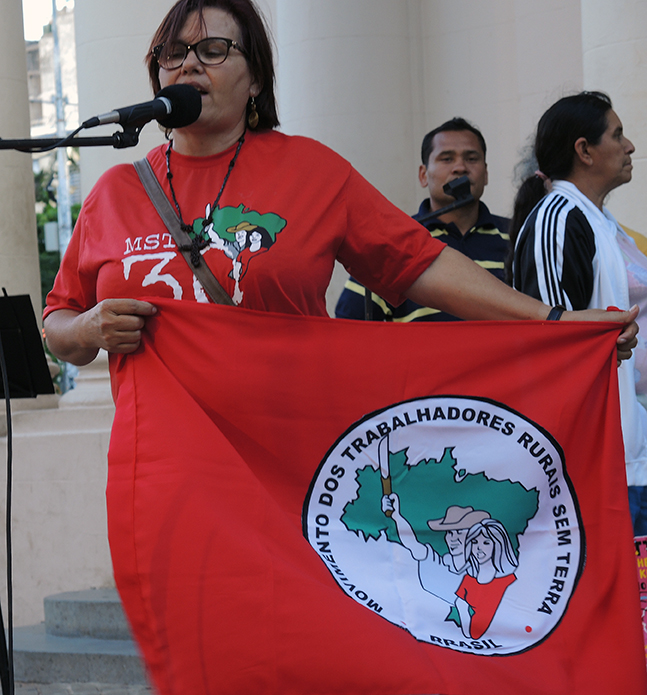 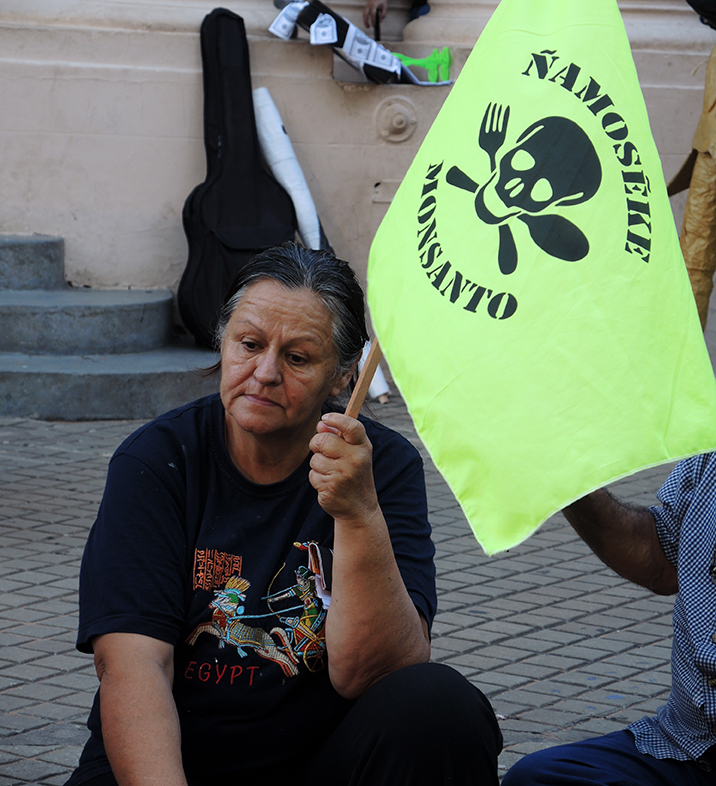 A woman listens to the speakers.   PhotoLangelle.org 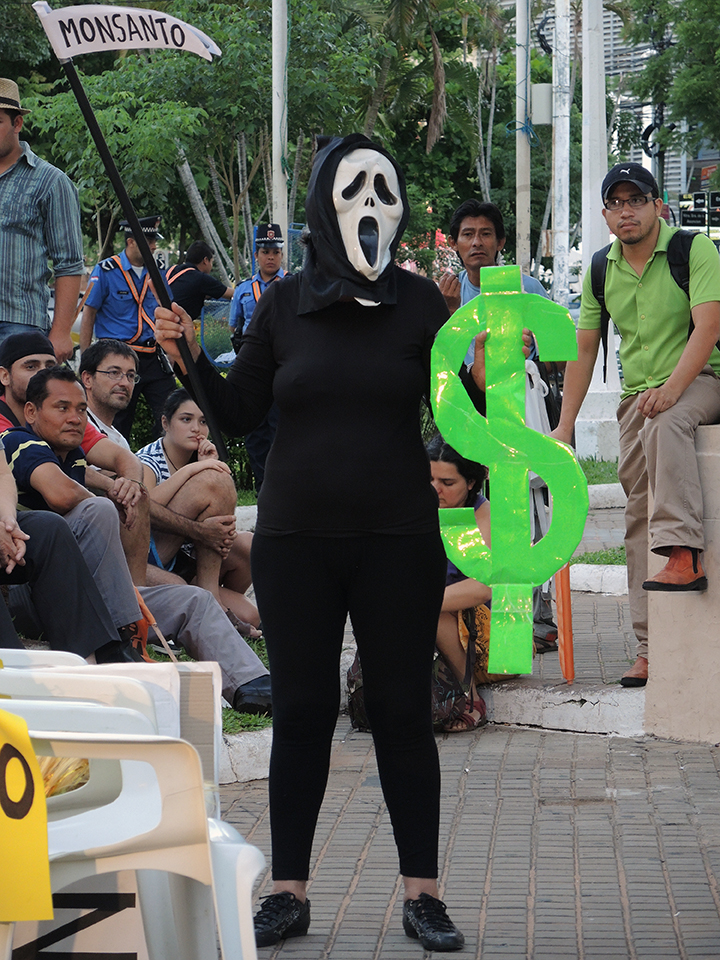 A skit close to the end of the rally alludes to what Monsanto really wants.   PhotoLangelle.org 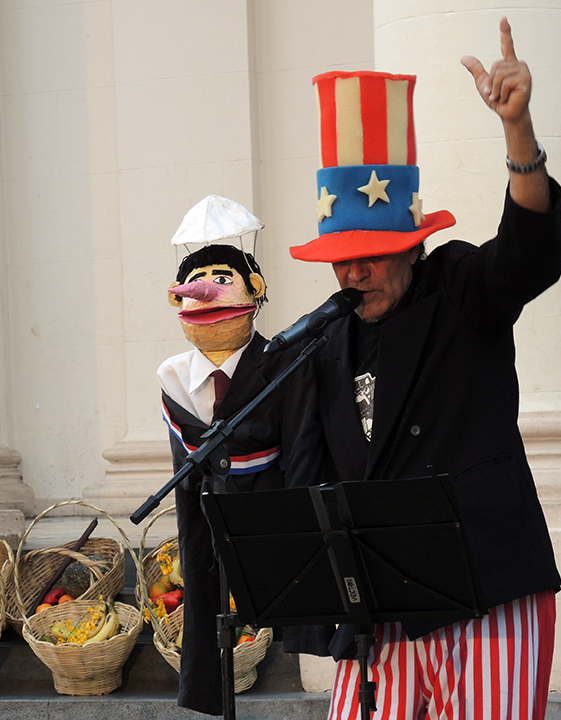 Livestock and soy production (almost wholly of Monsanto’s Round Up Ready transgenic variety) are the most important primary production sectors. Most of the land in the country is privately controlled and devoted to these two commodities. Hence, most of the negative environmental and social impacts derive from these two activities. A vast proportion, about 96%, of the soybeans cultivated in Paraguay are destined for export as livestock feed. A majority of the cattle slaughtered each year in the country are also exported, with most of this trade controlled by a handful of multinational companies that form an oligopoly not only in Paraguay, but  around the world.

7 Responses to “The Pillaging of Paraguay Photo Essay and Analysis”