This was published in the GUSTO section of The Buffalo News 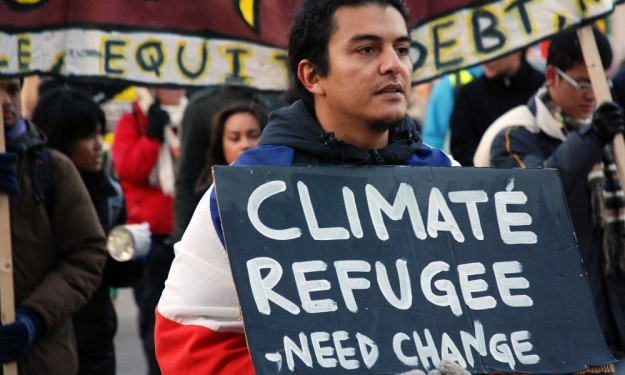 This photograph from a climate protest by Orin Langelle is on view in Allentown’s ¡Buen Vivir! gallery.

Buffalo-based photographer Orin Langelle has documented social and environmental justice movements for more than 20 years, training his lens on marches and protests around the world. And now, he’s putting his work on display in a new Allentown gallery dedicated exclusively to his photography.

The ¡Buen Vivir! gallery opens its doors for the first time at 6 p.m. Friday at 148 Elmwood Ave. Its inaugural show is “Climate Change: Faces, Places & Protest: Photos from the Front Lines.” It features more than two decades of photographs from five continents, including the aftermath of Hurricane Mitch in Nicaragua and various United Nations climate summits.

Future exhibitions will showcase Langelle’s photographs of “struggles against human rights abuses, economic injustice, ecological devastation and the oppression of women, as well as Indigenous Peoples’ efforts for autonomy and land rights.”

“Orin Langelle may not be a combat photographer, but he has risked his safety and well being to cover peoples’ struggles for a better life, sometimes in remote territories deep in the jungle, in communities imminently threatened by military or paramilitary invasion, or immediately after a natural disaster,” Anne Petermann, Executive Director of Global Justice Ecology Project, said in a statement.

Friday’s opening runs from 6 to 9 p.m. and is part of the monthly Allentown First Fridays event. It runs through Dec. 19. For more information on the gallery, call 867-4080 or visit photolangelle.org