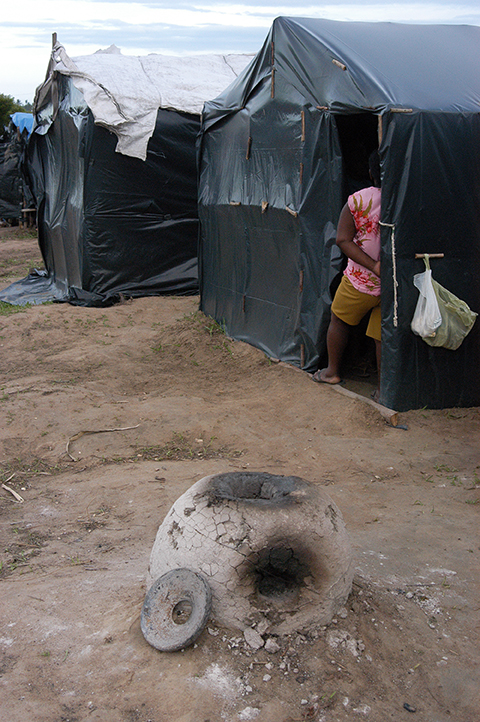 A stove and the back of a woman in a typical tent used in MST encampments.  The MST here took over portion of a plantation owned by timber company Aracruz Cellulose, removed the non-native trees and erected their camp, complete with a well, community space and an elaborate system on non-hierarchical decision making.  The camp was named Galdino dos Santos, for an indigenous chief who was murdered two years earlier in a racist attack.  (Brazil 2005)  photo: Langelle