Yesterday, 11 April 2014, was the first anniversary of PhotoLangelle.org.  I wanted to acknowledge that by posting a favorite photograph of mine below.  – Orin Langelle 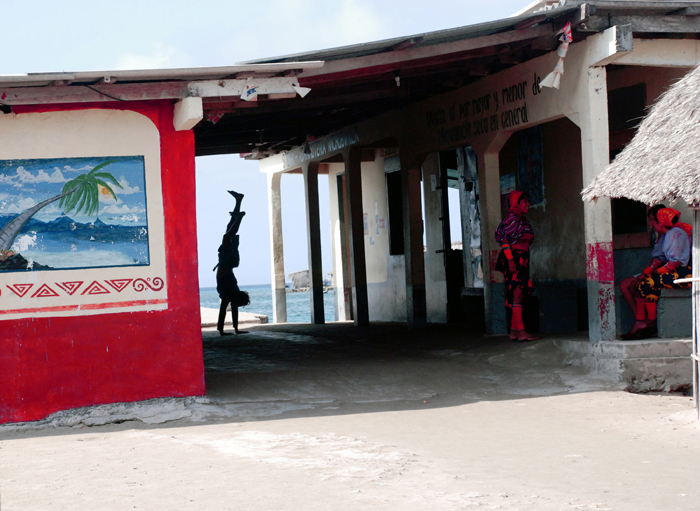 Kuna youth walks upside down on Wichubwala island in Kuna Yala (off the east coast of Panama) in 2010.

2010 marked the 80th anniversary of the establishment of Kuna Yala, the autonomous territory of the Kuna people. The territory was officially recognized in response to political pressure and resistance by the Kuna, which began in 1925 in response to the violent suppression of Kuna cultural practices.