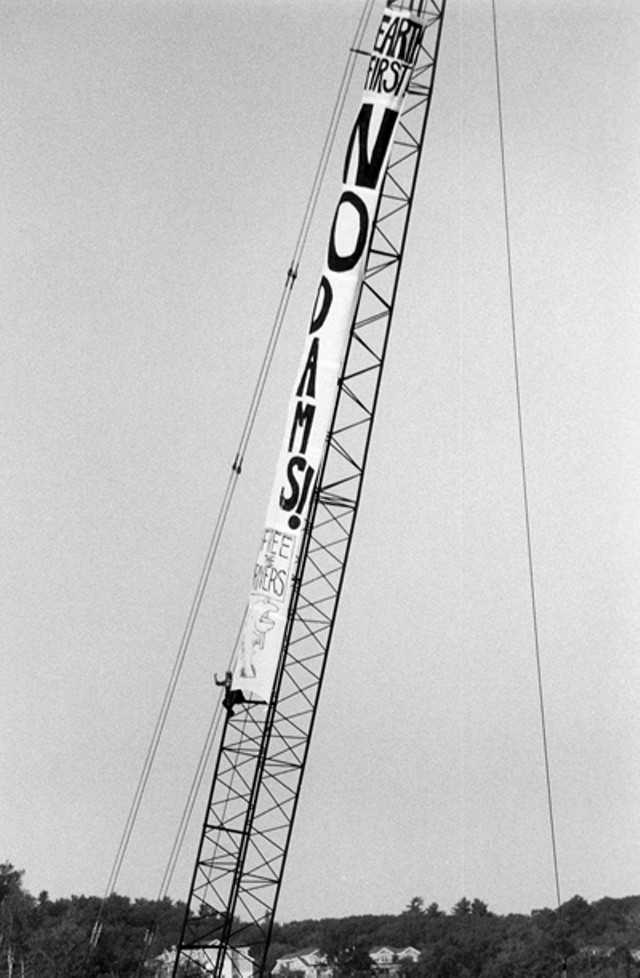 Langelle, a former Hinesburg photographer and social activist, was profiled by Seven Days‘ Mike Ives in a February 20, 2008 story, “Shutterbuggin’.” He released the photo essay in honor of Earth Day 2014. 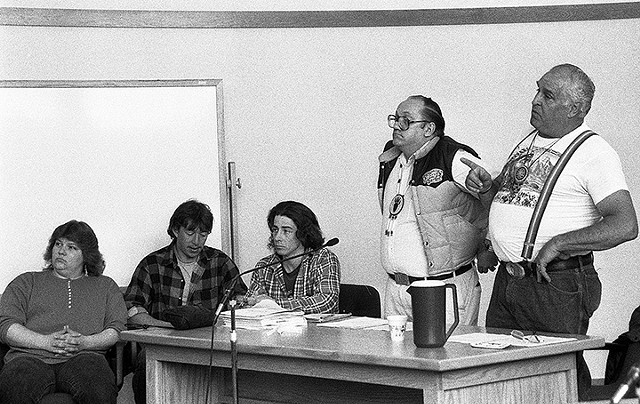 Abenaki Chief Homer St. Francis (right), points finger at the judge who presided over court cases against Abenaki for their refusal to recognize the state of Vermont or the U.S. The judge told St. Francis that he was out of
order and the chief replied, “No judge, you’re out of order.” (1991)                            Photo courtesy of Orin Langelle