At the United Nations Framework Convention on Climate Change in Warsaw, Poland this November 2013, IBON International (Philippines) is organizing an exhibit of thirty of my photos on neoliberal globalization and climate chaos. On the launch date, I will post all thirty as a major gallery feature as well as the banner of the exhibit on my home page. 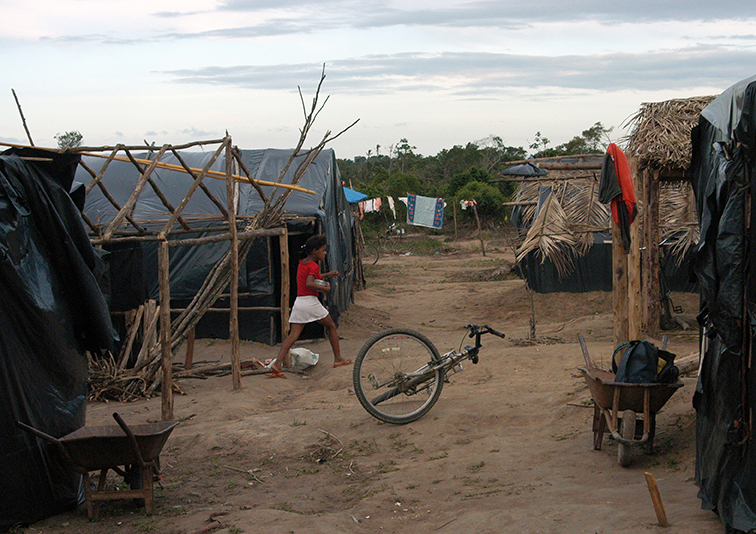 The photo shown here is of a young girl in a MST camp in Brazil. The MST (Movimento dos Trabalhadores Rurais Sem Terra – Landless Workers Movement) took over portion of a plantation owned by Aracruz Cellulose, removed the non-native trees and their camp, complete with a well, community space and an elaborate system on non-hierarchical decision making. The camp was named Galdino dos Santos, for an indigenous chief who was murdered two years earlier in a racial attack. (2005)