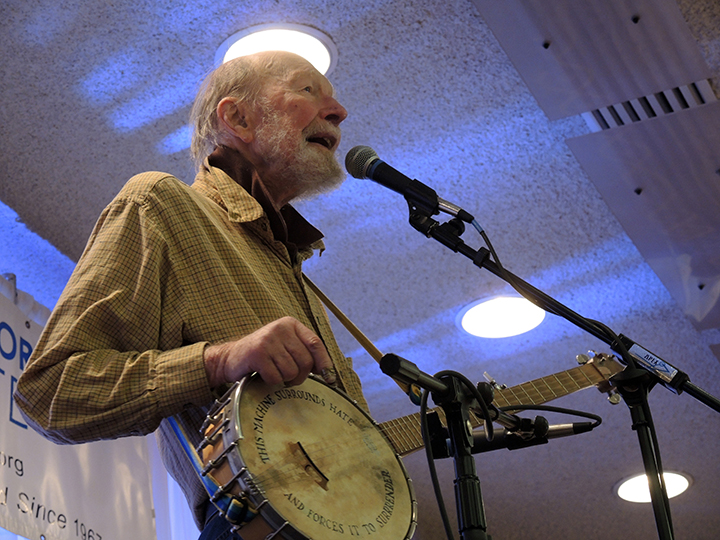 Peter Seeger sings and on his banjo is wriiten: THIS MACHINE SURROUNDS HATE AND FORCES IT TO SURRENDER    (all photos by Orin Langelle) 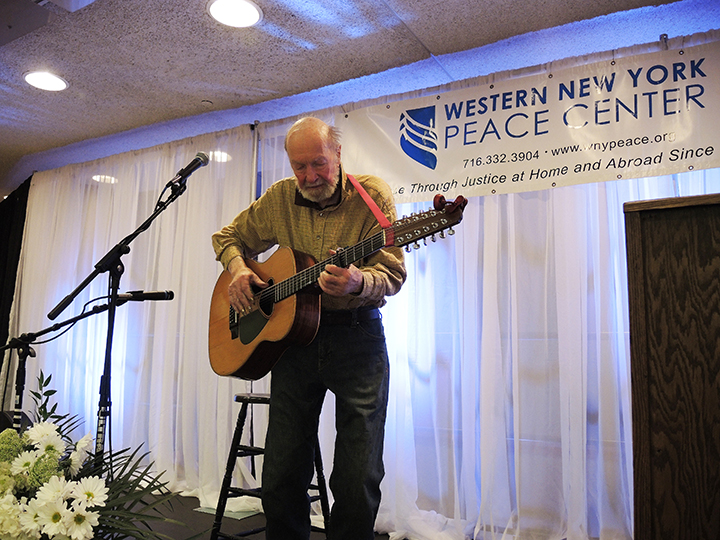 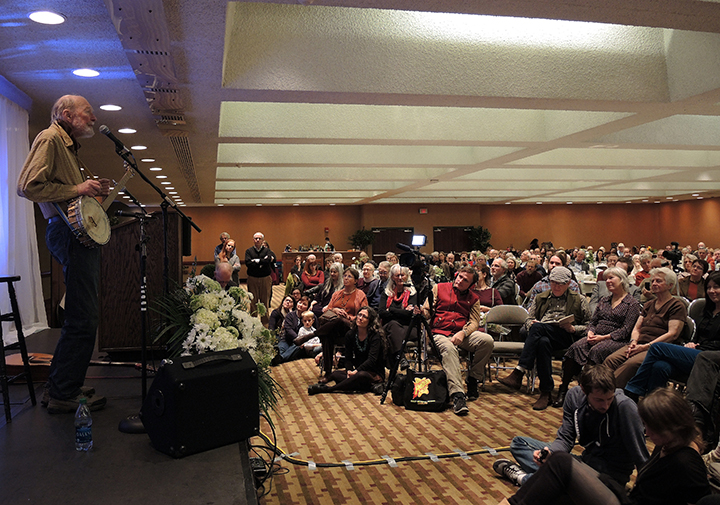 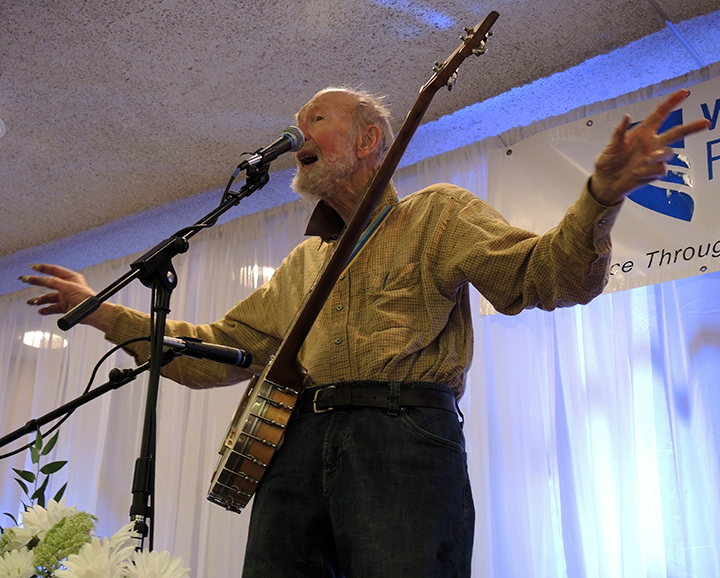 Seeger made a deep impression on my life. I’m not sure who to credit, Seeger for writing the song in 1962, or the Book of Ecclesiastes for inspiring Seeger or the Byrds in 1965 for covering, “Turn! Turn! Turn! (to Everything There Is a Season)”.  To make a long story short, I was the editor of a high school newspaper in a what I now deem a “thought prevention and adjustment facility.”  I wrote an editorial against the Vietnam War using words from “Turn! Turn! Turn!” I got canned as the editor.  For a look at some of my activism. 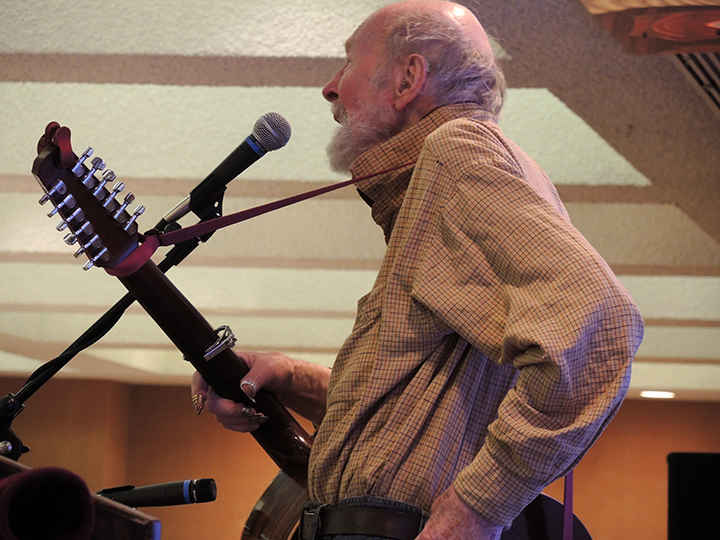 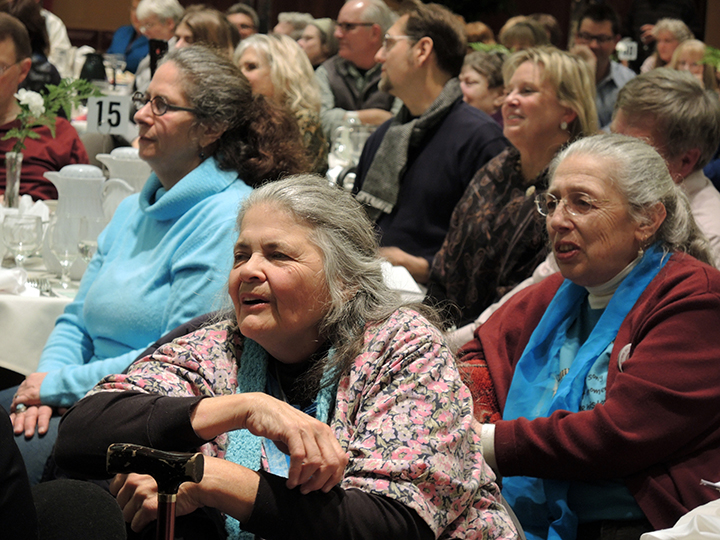 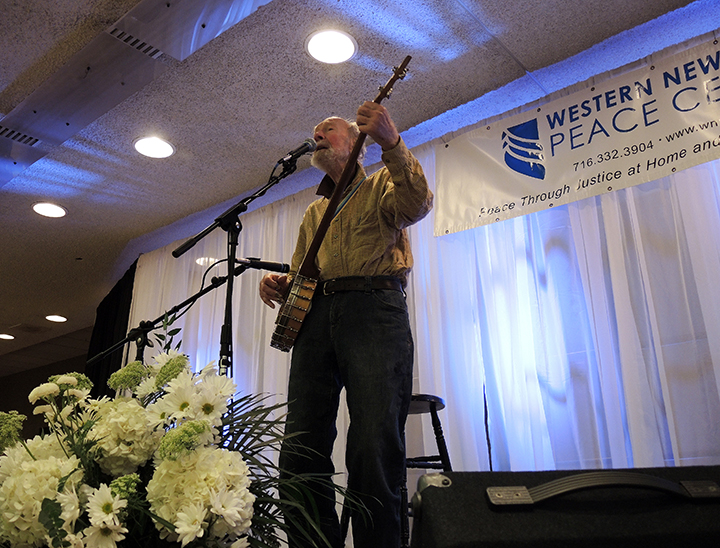 Seeger…I believe in communication. Communication will save the world.

Seeger: …There’s lots of things we could talk about. My slogan is the one from the great French biologist René Dubos: “Think globally, act locally.” If the human race is still here in a hundred years, it will be the arts which save us. Not just the musical arts and the visual arts, but the cooking arts—and most important, the art of humor. 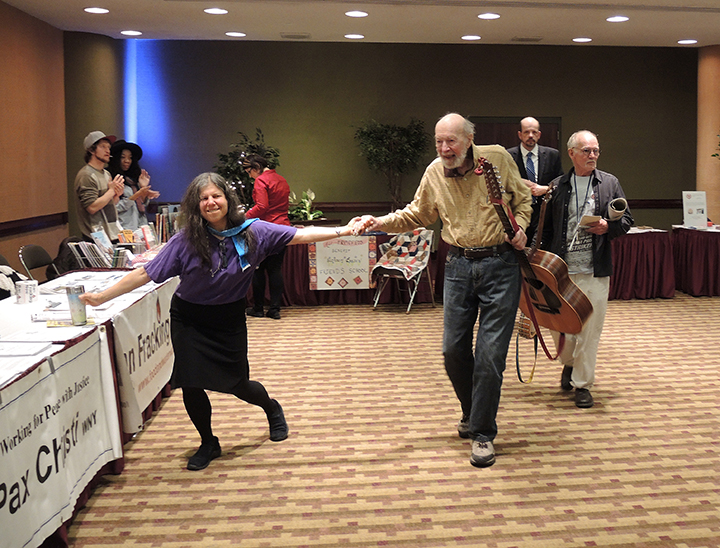 Pete Seeger left the stage and the audience smiling